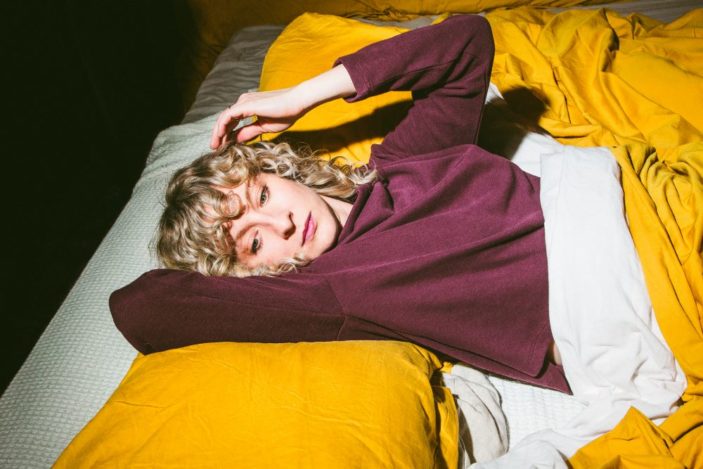 KIT, the solo-project for Katie Wighton (All Our Exes Live In Texas) has just released her second single, and this is one hell of a tune. It kicks off with punchy guitars, sultry vocals and cute backing vocals, and from that point on you are hooked. It’s a joyous emotional rollercoaster about falling hard for someone.

KIT says “This song is about not being able to get close enough to someone you love. Wanting to almost be absorbed by them just because you adore them.”  The sentiment for the track is never more pertinent than now. “Given the fact that we can’t all just hug each other at the moment, it feels very relevant!”

All Our Exes Live In Texas was very much a collaborative effort, and the making of “King Size Bed” has also proved to be. The track was co-written with Jenny Owen Youngs (Panic! At The Disco) and Jake Sinclair (Panic! At The Disco, Taylor Swift & Pink) in Los Angeles.  KIT reached out to some good mates to give it the big band feel, roping in James Seymour AKA FEELDS (guitar, vocals and synth), Rhiannon Atkinson-Howatt AKA Merpire (vocals), Jarred Young (drums), and David Symes (bass).

Take a listen to “King Size Bed”. KIT might only have two-tracks to her name, but the songwriting, musicianship and vocals are dazzling. I’m looking forward to what comes next.