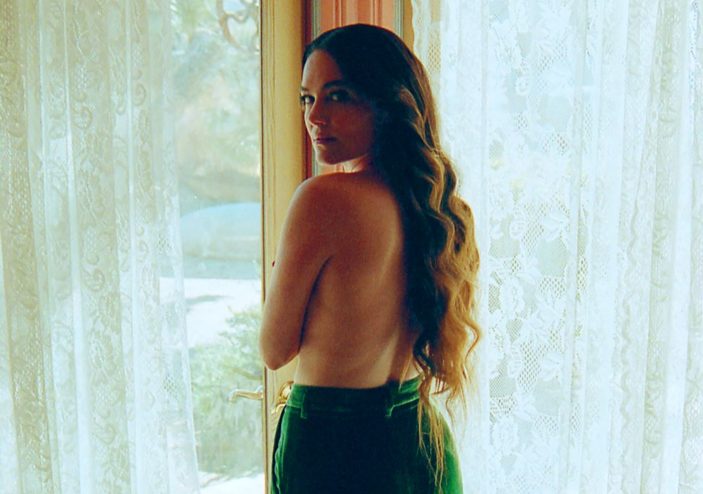 Our track of the day is “Unreal”, a beautiful song from Julia Stone, tracking the complexities of love, loss and reflections on relationships. “Unreal” features samples and synths, adding many layers to the ethereal vocals of Stone.  Her vocals always conveys a feeling of honesty and an assured authenticity to them.

The video was filmed in Sydney, at Coogee Beach, and was directed by Bonnie Moir. It leans on the science-fiction genre, featuring Stone, and Aussie actor Damon Herriman, who played Charles Manson in Quentin Tarantino’s Once Upon a Time In Hollywood. Stones character is repeatedly bought back to life as her partner refuses to let go. It’s beautifully shot, if not a little disturbing.

This is the second release from Stone this year. The first song, “Break” has already clocked up 1.3 million streams. The video has had over 1 million views in only 2 months. She has certainly shape-shifted from the dreamy earthy tones of the early Angus & Julia Stone era, embracing a wider use of technology and time in the studio, in her latest offerings. Her creativity and thirst for pushing boundaries is mightily impressive.

Julia has some hometown concerts in early November. These will be an intimate affair at the Factory Theatre, tickets limited. Details are below.