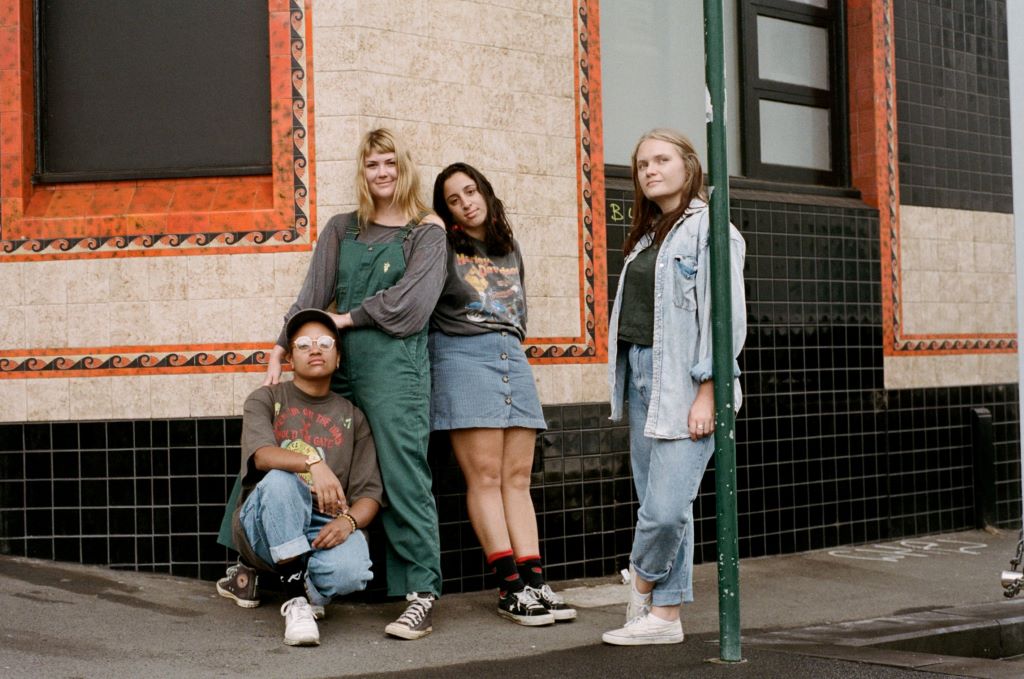 Good Pash are a riotous indie-punk band based in Sydney. Formed in late 2016, they have been making a name for themselves on the Sydney scene since. Good Pash is Anna Free (guitar/vox), Madeleine Mallis (guitar/vox), Julia Goyen (bass) and Courtney Cunningham (drums), all members of well-regarded Sydney bands in their own rights.  They created the band as a means to try out other instruments, and the band has taken a life of it’s own.

The song title “Richard” refers not to a person, but to a certain experience, and features DOBBY.

“One night of drunk sex lead me to write this track. “Richard” is about suddenly realising you really don’t like something, you’re never going to like it and you’re not sorry about it. The song ends with rapper DOBBY spitting bars so fast until there is nothing else left to do but explode.”

“Richard” is their 3rd single release, and they have their debut EP, “GEN 1” coming out in late August.

They have some tour dates coming up – dates are below.