Track by Track: The Paradise Riflebirds take us through long-awaited debut Victorian Evening 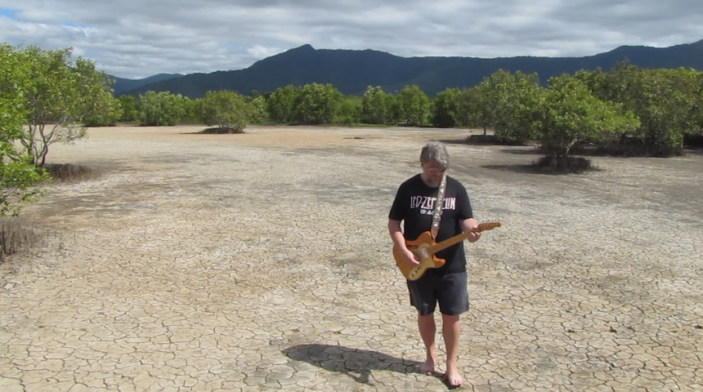 Emerging in Brisbane back in the late 2000s, The Paradise Riflebirds (then known as simply The Riflebirds) were on the up and up. But life had other plans for the band, and after a battle with a serious illness, they’re finally here with a new(ish) name and their debut album Victorian Evening.

An ode to remote Australia, Victorian Evening is an eleven strong collection of rich and unashamedly dramatic tracks, envisioned as a series of loosely connected stories that take listeners on a journey across this country we call home. Consisting of Simon John, Joel Edmondson and John Tulloch, the band also wrangled guest bassist Tom Fraser and drummer Toby Bender for the album, and count the likes of Augie March, Nick Cave & The Bad Seeds, and Radiohead amongst their influences.

Victorian Evening is a curious blend of sounds, one that pays tribute to the Paradise Riflebirds’ love of musical experimentation. And with such a mix of themes – both lyrically and musically – it’s only fitting that the band provide a bit of a roadmap to this Australian adventure!

This track was a good opener in that it has a lot of what the Paradise Riflebirds are about: chiming guitars (I call this sound the “wandering ghost”), deep basslines, live drums with shifting rhythms, electric piano, vocals in the Walker-Yorke-Buckley ballpark and bleak but somehow em-pathetic lyrics and songs that don’t outstay their welcome.
It’s about people who don’t have power and/or self-respect becoming stuck in one place while less the scrupulous fill their coffers at their expense.

Polyrhythms and double bass hit you straight away, I liked the idea of a loud “one-two” to start things.  It’s the most bonkers and proggy track.  The juxtaposition of clanging guitars, woody double bass and Jeff Buckleyesque vocal acro-batics is unusual, but it IS one of those songs that is almost exactly as I heard it in my head. It’s a warning.  Get out now because if you don’t it will be very hard, because the social contract of education by merit is breaking down, and your inertia and seemingly innocu-ous decisions to delay could literally shorten your life.  I know, cheerful.

Putting a 90 second acapella track third on your record is perhaps not commercially a great decision, but the stillness after the density of Goat Paths really works.  It’s a way of saying you ain’t in Kansas, you aren’t listening to a batch of varia-tions of the same song.  It’s about when the man of the house just hoofs it without warn-ing.  It happens a lot, especially in financially stressed households.

“Cannon In The Yard”

At the time of “The Riflebirds EP” in 2007 and 2008, I really wanted to introduce the crowd at our local haunt the Hangar to the idea of introducing the approach of melodic doom metal bands like Candlemass and The Obsessed to the post-rock, laptronica, alt-rock touchstones the bands were moving in.  This is the only survivor of my “doom with trumpets” phase. Lyrically it’s a tribute to a passed member of my family, and he never got to hear it.  Sadly for me it’s now a reminder that even with the years when my wife was fighting cancer that perfectionism and procrastination has a cost in the real world.

We were all in Melbourne in the early 2010s, and Joel and I were discussing travis picking and I was at his place when I came up with that opening melody with that seesawing semitonal drone.  I quickly scribbled down the notes, made my goodbyes and scampered back across the city and wrote the rest in one go, using what has evolved into not actually travis picking, but an insistent style that gives the song a flowing feel unlike anything else on the album.  It’s a good example of trying different things to shake off the patterns that we all fall into.  The downside is that it’s a nightmare to play live, because one mistake reverberates for about five suburbs.

This is the languid “half-time” centre of the album.  It’s a pretty tradi-tional country ballad, with nostalgic lyrics and a horn line by Turcato that is as lonely as the scene we were looking to create.  Spoiler:  No one is there.

The “opener” of the “second side” is a sort of shoegaze-country hybrid, I was aiming for a sort of Bad Seeds swing.  The guitar sound is actually five tracks of all different guitars mixed together to make the big sound.  It’s about the lives of fly-in fly-out workers and the deHavilland dash 8s that take them back and forth.  Everyone thinks of miners and while it certainly includes them it also means health work-ers, land deals workers, scientists and bureaucrats too.  The flight back to the city is a sort of communal relieved truce and I wrote it in one flight, although it amuses me to look back at the original draft which had some terrible pelican-plane metaphor that I thankfully edit-ed out.

Was trying for a spacious Scott Walker type spook ballad, or something like Grinderman’s “Man In The Moon”.  I don’t like to discuss the lyrics much, but let’s say the protestant work ethic has been a double edged sword.

A relatively short and upbeat song with strong hooks and a really nice horn line, the vocal melody and most of the lyrics by Tulloch, it sweeps by in under two and a half minutes.  Those drum fills by Bender in the choruses are live by the way.

An exhortation to a burnt-out man, the sluggish pace and electric piano and deep bass are joined by a climbing Cardan solo in the middle and there’s a lopsided jazz march at the end.

Played by Tucceri and Stahlut, this piano-based instrumental is the “closing credits”, like saying “thanks for listening”.  I had a guitar part for it but left it out because it was superfluous.  It’s meant to sound like the stars starting to come out on a clear evening.

Huge thanks to The Paradise Riflebirds for their track by track!

The Paradise Riflebirds’ Victorian Evening is out now.
Find it on your preferred music service HERE.

Stay up to date with all things The Paradise Riflebirds via their Facebook page.