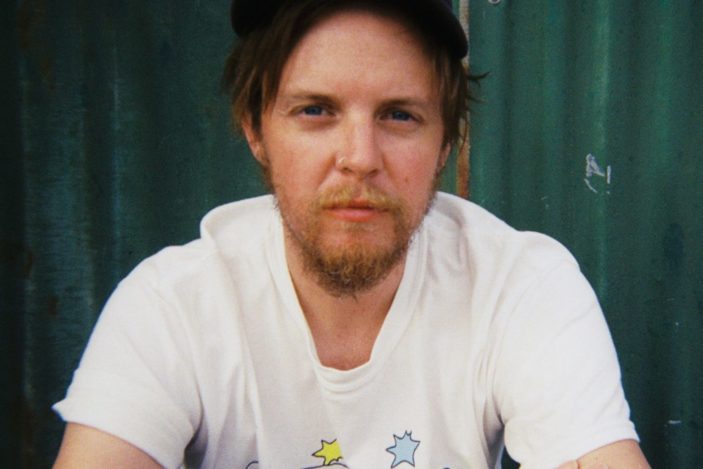 Known for his delicate and evocative folk stylings, Trakell’s music sound can be described as George Harrison meets Elliott Smith. There is a lovely unification of ‘70s influences alongside a contemporary indie-folk sound.

The singer-songwriter previously won Triple J Unearthed Artist of the Year and this year received funding from Creative Victoria in order to create his debut album.

The AU review is thrilled to share an exclusive track by track rundown of Warning Bell from Daniel Trakell himself.

Give the album a spin, and do read on as we hear Trakell’s fascinating insight.

“Wisdom/Boredom”
One of my favourite songs on the album, “Wisdom/Boredom” is about the life-altering decisions which come with growing older, choices which seem mundane at first can change the course of our lives, and tough decisions we agonise over end up being of little consequence. Often we can’t realise the quality of our judgment until we look back with the wisdom of hindsight.

“Turnaround”
“Turnaround” is about giving yourself time to pause and process things after life deals you a heavy blow and having the strength to get up and keep going. More specifically it touches on divorce and the moment I found out my parents were separating. My dad continued to live in our old family house by himself for a couple of years after my mum moved out, and I remember the sadness, helplessness and guilt I felt whenever I went back to my hometown to visit him and he wasn’t coping. Most of my songs have double-tracked vocals but Josh (who produced the record) pushed for this one to stay as a single vocal, which I’m really glad we did as I think it carries more of the emotion of the song.

‘Let Me Be”
Lyrically “Let Me Be” is about falling behind, burning out and needing some time out from it all for a little while. The foundations for this song (vocals, acoustic guitar and upright bass) were recorded live around one microphone in a single take, with the harmonies, electric guitar, clarinet and strings layered on afterwards.

“Oh Love”
This was the first song I wrote with the intention of starting a solo project after my last band ended. I listened to the demo a lot while driving and it was the first time I thought seriously about releasing something under my own name. I really like the laid-back, wistful feel of the album version and the backup vocals by WILSN at the end.

“Come To”
This was the last song I wrote and kind of a wild-card entry for the album. I really liked the chorus but couldn’t seem to get the verses to sit quite right. When I played the demo for Josh he straight away had a strong idea for the song with organ and pedal steel, and helped turn it into one of my favourite songs on the album. It’s got a lazy driving through the desert kind of feel to me.

“Warning Bell”
Another favourite on the album. The first half of the song stayed pretty much the same from the demo then Josh came up with the idea for the kind of psychedelic outro. Lyrically it’s about anything in life, be it a relationship or even catastrophic climate change where we ignore the warning signs for too long. About how rather than dealing with unaddressed issues and having difficult conversations we keep putting it off in the hope that things will fix themselves before ultimately everything comes crashing down around us.

“Me + You”
I think this is about lamenting life getting in the way of a relationship. It’s about someone going through sobriety and looking back, reminiscing and wondering where the years went and thinking of the people they pushed away.

“Start Again”
This song is about two sides of the same coin, how each day can either feel like a chance at redemption and an opportunity to start over or something to be endured, the monotony of waking and having to start over again every single day. So it’s kind of optimistic but it has a heaviness to it as well.
That piano part at the end is one of my favourite parts of the album. Josh played it in the outro but it wasn’t really audible. It might sound strange but when I heard it on it’s own for the first time I had such a strong emotional reaction to it I felt it was too good to be buried in the mix, so we moved it to the end of the song so it had its own space to be heard.

“Love Waltz”
This one explores the idea of not being fully capable of loving someone else without learning to accept yourself first, and how seeking happiness in external validation is ultimately setting yourself up for pain. A musical reference during this recording was Andy Shauf who I’d recently heard for the first time. I hadn’t previously considered playing clarinet on any of my solo stuff but hearing his use of double tracked clarinet really opened my mind to different possibilities with it.

“So Long”
“So Long” was the song I played to farewell my Dad at his funeral. It was written while he was battling cancer, but during the time it was in remission and it seemed like everything was going to be okay, before it came back and quickly spread and he passed away shortly after. I don’t generally write lyrics consciously so it was only after he died I realised I’d been writing with that weighing heavily on my mind.

Warning Bell is out now on all major streaming services.