The Existence Of My Bane: Gesticulations take us through their new album, track by track 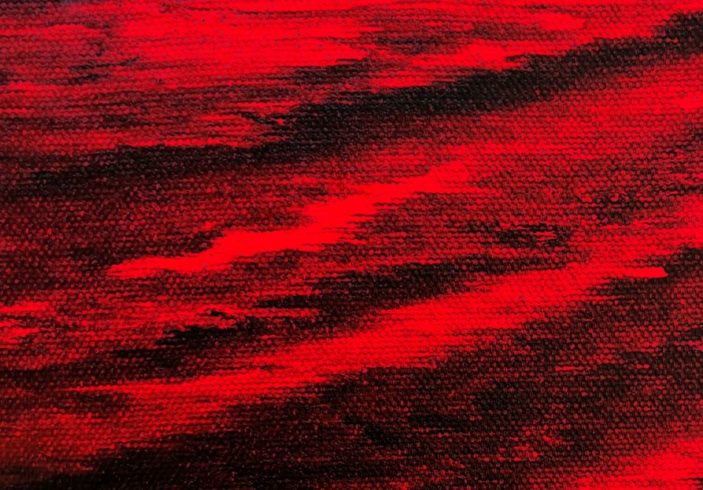 The Existence Of My Bane is the third album in less than a year from Gesticulations. It follows on from Sense of Purgency and Threadbare which were released in 2021. Gesticulations is fronted by Graham Ashton (The Shambolics and Way Cool Jnr) and he seems to have a never-ending pool of ideas.

He has again teamed up with collaborator Benny D Williams in the creation of this richly rewarding album. Helping out as well is Richard Johnston (Speedstar/Our Ithaca Creek), Leanne Tennant, John Busby (Halfway), Eden Mulholland, Brad Inglis (The Shambolics) and Paul Lawrence.

It’s a beautifully varied album. From sweet melodic guitars to dirty gritty riffs, some beautiful harmonies, laced with humour and adroit observations.  It has a feeling of celebration running through its veins.

Apparently, the next album is close to completion – a surprise for most artists but not when it’s concerning Gesticulations.

We are thrilled again to have a track-by-track breakdown from Graham for the album. So do sit back, press <play> and enjoy this fabulous record.

Track by track – The Existence Of My Bane.from Gesticulations

(It Just) Won’t Mean A Thing

Co-written with Richard Johnston (Speedstar/Our Ithaca Creek). I was trying to stop writing about my feelings and do it from a more observational perspective. I sent the lyrics to Richard and he came up with the tune and melody. We had a really fun session tracking which was a little rough around the edges. Benny added a beautiful guitar part and the melodica and the song was starting to find it’s feet. Leanne Tennant (LT) came to the studio to record another song and we suggested she take a verse and harmonize in the chorus and she nailed it. What the fuck?

I left home and school at an early age to sing in a punk rock band. This song is about finding your tribe. I had been listening to lots of The Menzingers and took them to Benny as a reference and he played every instrument and sang harmony with Brad from The Shambolics. Gesticulations is the 6th band I have been in and this could have been a song from any one of them.

My big sister was living in NYC when I was in my early twenties and got herself into trouble. My parents sent me over to try and fix things and this song is about trying to reconcile that experience many years later. Also written with Richard Johnston who happens to be one of my favourite drummers. Rich nailed the drums really quickly and then recorded his guitar part through a very strange antique contraption as well as laying down cool keys and a brilliant vocal. Benny played the bass and I kept coming back recording my vocal part. We got there in the end.

John Busby from (Halfway) had some kind things to say about the last Gesticulations album so I jumped on him to see if he would be keen to co-write for this one. I started most communication over the last couple of years with the phrase “I hope you are managing to find some joy among the madness” and felt it made sense as a song. The opening line “life as A hetero monogamist hasn’t worked out a great for me” appeared as a literal thought and just had to be a lyric. I sent the word to Johnny who returned an almost finished song that I love. I sang my part and Benny added some pretty acoustic guitar and Voila.

Eden Mulholland is one of the most talented humans I have ever met. I invited him to join Benny and I for a session and was over the moon when he agreed. I sent him these lyrics and he send me this. I didn’t understand what the song was about until Eden sent it back and then it made total sense to me. Hope it makes sense to you too.

This one came spontaneously from the Eden Mulholland session. Benny and Eden jammed out the guitar part and duelled over the electronic drums. I had the weird chorus melody in my head and knowing how high Eden could sing suggested he have a crack. This song turned out really foreboding. Makes me feel pretty tough to be part of it.

This is a song from my old band The Shambolics that we never recorded. We never quite nailed it and could never work out why but when Brad and Benny got together in the studio it fell into place really naturally. Lyrically the verses and choruses contradict each other and musically it kinda swings.

Each Gesticulations album has a punk-beat poem on it. I had been listening to a lot of the NICK CAVE & THE BAD SEEDS B-Sides collection and couldn’t believe these songs were B-Sides. I thought it would be fun to write a poem from the perspective of a song hoping to grow up and become a Bad Seeds B-Side. Richard played the drums like he was backing William S Burroughs in Greenwich Village in the late ’50s.

I can’t remember where I heard the phrase but when I did it was right where my head was at. I hadn’t had a good day in a while and it made total sense to write this song from that point of view. I brought the words and a Bad Seeds B-Side to Benny and he played all of the instruments and sang the cool call and response in the chorus. Pretty dark little tune this one.

Closing out album 3 with a song that I wrote with one of my oldest and dearest mates Paul Lawrence. Both of them are passionate hacks at best and brought this and a sense of the unruly to the studio. The magnificent Benny D Williams produced the fuck out of us and we came out with this. Makes me feel hopeful. Lawrie added the line “Getting Too Good At Being Alone” which ends this album and album 4 will start with a song inspired by the line called “Too Good At Being Alone”.

The Existence Of My Bane by Gesticulations is out now on all major streaming services.