the AU sessions: needtobreathe (USA) perform "The Heart" – Live and Acoustic on a Slide in Sydney! 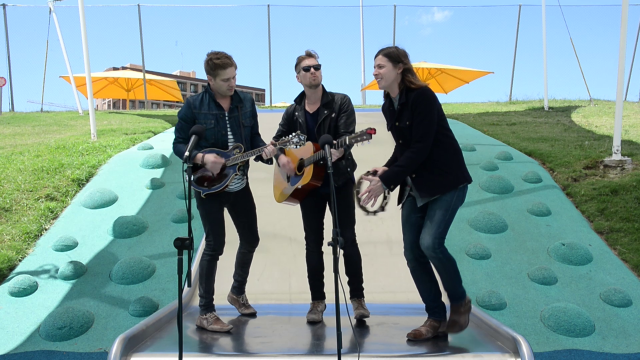 USA rock group needtobreathe stopped by the AU earlier this month to perform their track “The Heart” while in Australia – filmed Live and Acoustic in Sydney as part of our AU sessions series. The track is taken from their album Rivers In The Wasteland, which is available now.