The 7 best moments from day two of Splendour belong to the Aussies: Gang of Youths, Amy Shark and more 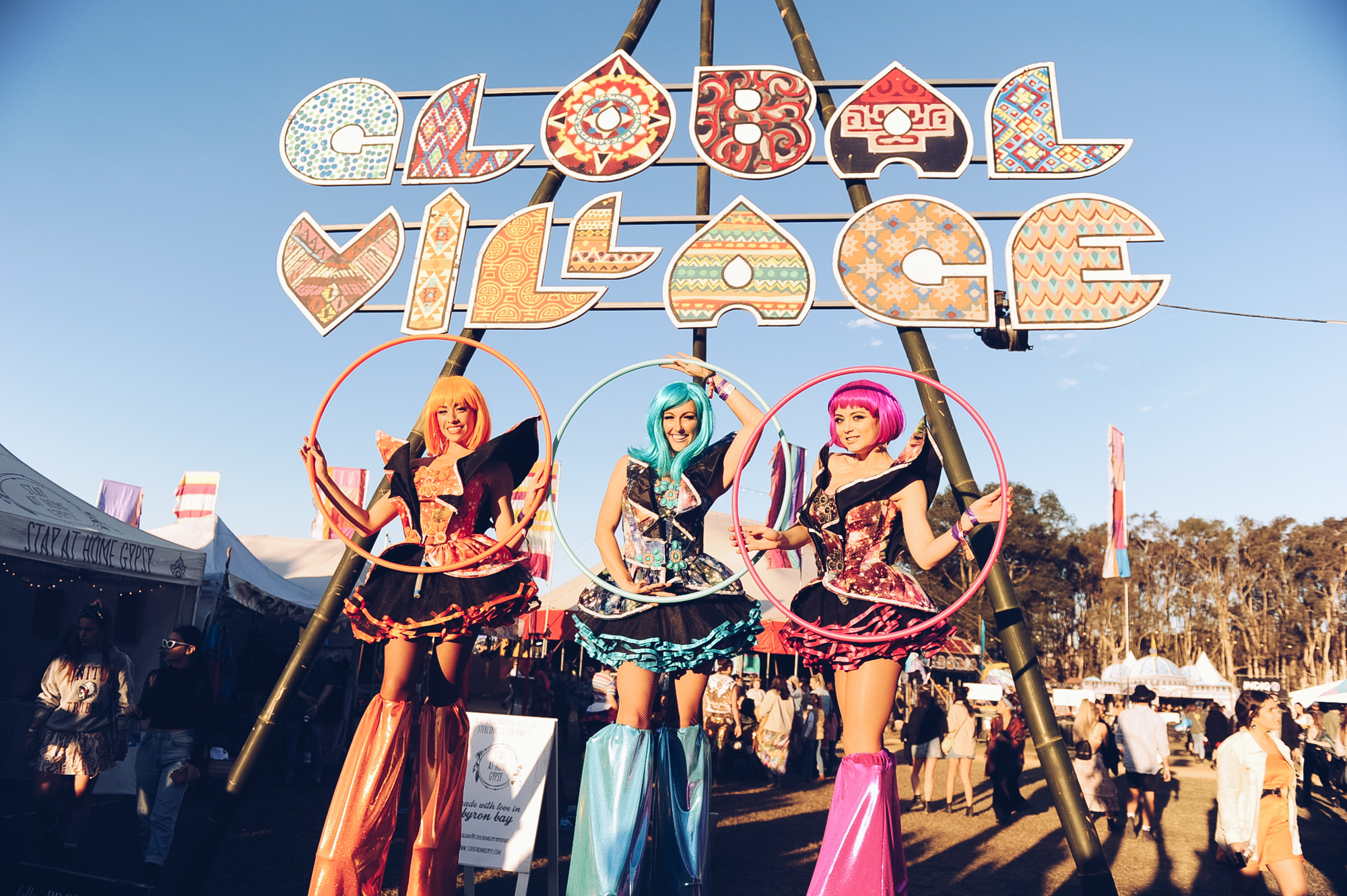 Vampire Weekend may have been the headliners of night two, playing their first festival in four years and their first Australian show in five, but it was a day that belonged to the local acts – with Gang of Youths attracting what was undoubtedly the biggest crowd of the day, and other acts like Amy Shark and The Jungle Giants not far behind. Here’s a look back at the highlights of the day: 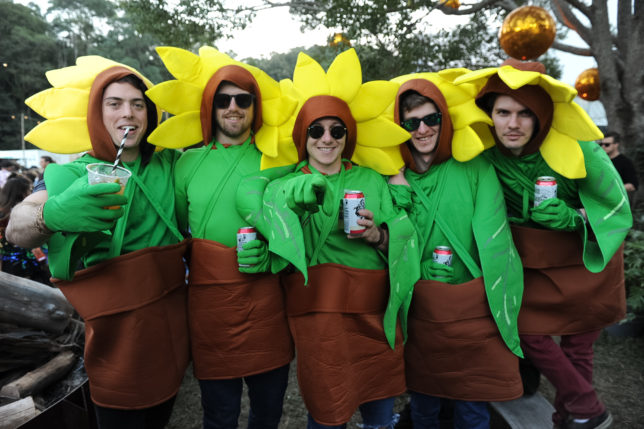 Snakadaktal’s Phoebe Lou and Joey Clough have a project called Two People which has been flying relatively under the radar since it launched in 2016, but the crowd that gathered at the Tiny Dancer stage to see them were treated to a truly impressive performance, with the group delivering songs that could get stuck in your head for days, as you danced said head off.

In addition to a new song “My Apology”, WAAX invited Bernard Fanning from Powderfinger onto the stage to perform their classic track “Don’t Wanna Be Left Out”. The Brisbane band are currently working with the Powderfinger frontman on new material. 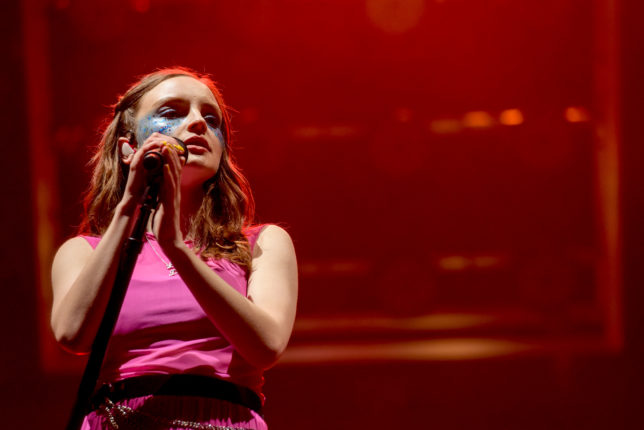 OK we have to pause from this set of Aussie highlights to mention how amazing CHVRCHES were tonight. Buoyed by Lauren Mayberry’s hilarious banter, and the addition of a live drummer into the mix, I’m going to go out on a limb and say it was the best set I’ve ever seen from the band. And given how cold Lauren must have been up there (though as a Scot she was probably used to it), it made her stellar performance all the more impressive. 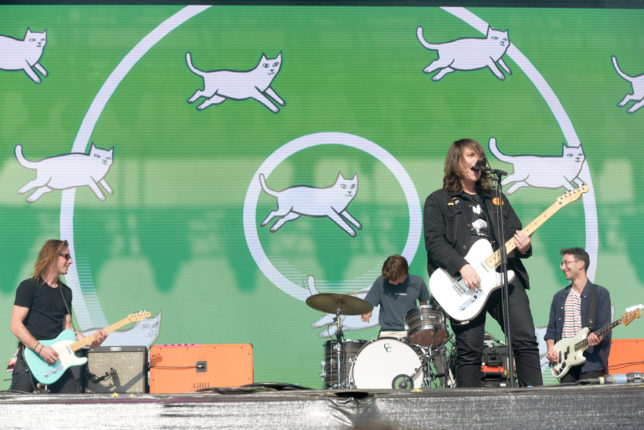 One of the best sets of the day belonged to Alex Lahey, who saw the crowd chanting along to most of her live material. But as has proven the go at Splendour this year, it’s been the covers that have really gotten the crowd into epic singalong mode, and she did this in droves with Avril Lavigne’s “Complicated”. 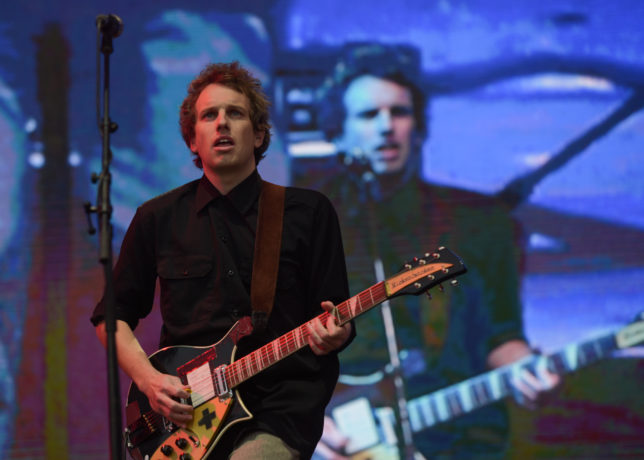 If you’d told me a few years ago that Methyl Ethel would be playing the main stage sunset set at Splendour in 2018 I probably wouldn’t have believed you. Not because they’re not worthy, but because I just didn’t think organisers would have this much foresight. But sure enough, they took a punt and the Perth group didn’t disappoint, inspiring massive sing alongs and making this writer a bit damn proud of one band who have worked their arses off to get where they are. They were beaming after the set and I sure they still are. We can always use a little bit of “Ubu” in our lives. 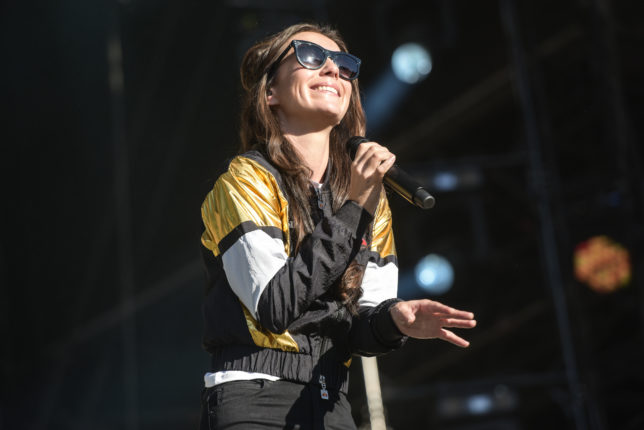 2. Amy Shark is a Teenage Dirtbag

We’ve gotta talk about Amy Shark. Just before she jumps on a plane to play Osheaga in Montreal and Lollapalooza in Chicago, she delivered an absolutely unforgettable set for fans, who were throwing inflatable sharks in the air, and singing along to every song. Not bad for a singer who was relatively unknown just 18 months ago! As with Alex Lahey though, one of the most enjoyable parts of her set was a 90s cover – this time a little bit of “Teenage Dirtbag”. 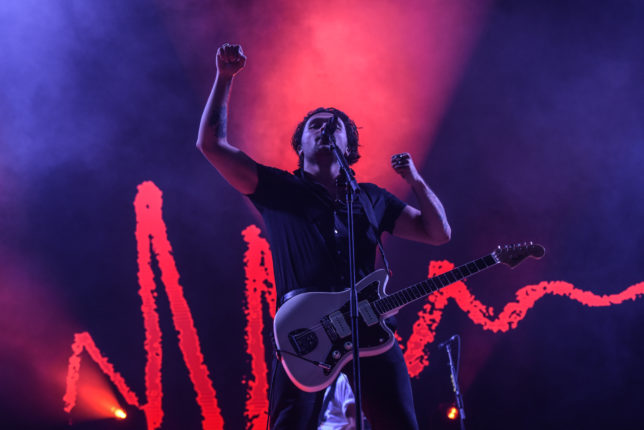 But the kings of Splendour really were Sydney troupe Gang of Youths who were fresh off a plane from overseas and attracted the biggest crowd of any band for the day. Opening with “What Can I Do If The Fire Goes Out?” and playing through career defining tracks including “Magnolia” and “Say Yes To Live”, the Gang had the crowd in the palm of their hands – thanks no doubt to the hip-shaking suave performance from lead singer Dave Le’aupepe (who also debuted a shorter hair cut, which he still managed to whip around to get the crowd into a frenzy). The set serves as a pretty strong indication the boys are ready for their MASSIVE Australian tour later in the year, and a reminder why they enjoyed accolades including Album of the Year at the ARIAs and Live Act of the Year at the National Live Music Awards last year.

Honourable mentions go to G-Flip’s career defining set opening the second day of proceedings, the cathartic and anthemic singalongs from spectacular performances from Franz Ferdinand and Vampire Weekend (who had a seven piece on stage, including two drummers!), a thrilling performance from a The Jungle Giants and Hilltop Hoods who unleashed a cracker of a set and we’re invited Illy, Drapht, Trials and Coda Conduct on stage too!