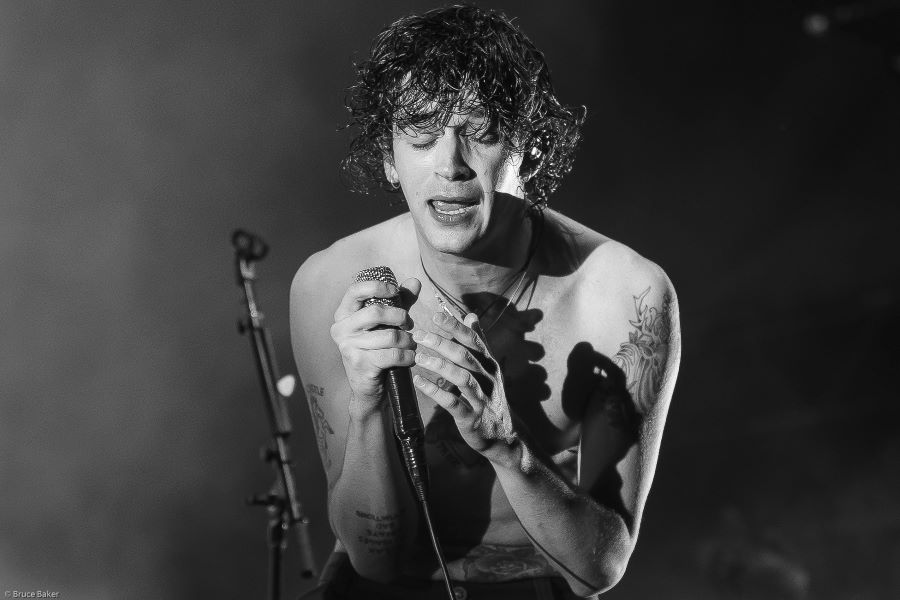 Manchester’s The 1975 have announced that they will be touring Australia and New Zealand in 2023. They were worthy headliners at Laneway 2020 and no doubt tickets will be in hot demand.  It was teeming down with rain in Sydney, so we are looking forward to catching them indoors this time.

The band will play in Adelaide, Sydney, Brisbane, Melbourne, Perth, Wellington and Auckland. All the dates and ticket details are below. The Australian and New Zealand shows are part of their At Their Very Best tour which also has them performing in North America, UK, Ireland and Japan. 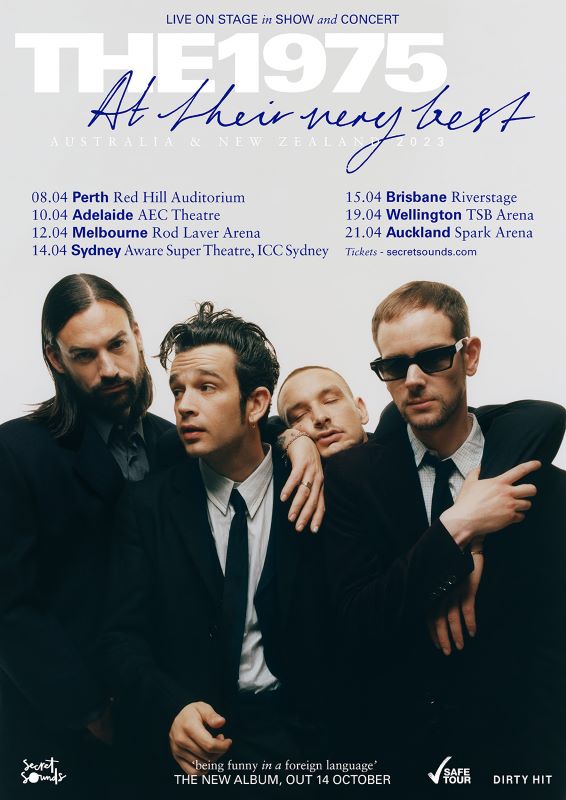 You can expect to hear them play songs from their upcoming album,  Being Funny In A Foreign Language, which will be released on the 14th of October. They’ve already released 4 tracks from the album, including “All I Need To Hear”, “I’m In Love With You”, “Happiness” and “Part Of The Band”. This will be the band’s fifth studio album and promises to be their most intimate yet.

If you pre-order the album via JB Hi-Fi – you will be given priority ticket access from 9am on the 11th October. See HERE for details.
American Express Card Members Pre-Sale from 9am local Wednesday 12 October
Secret Sounds presale from 9am local Thursday 13 October
Tickets on sale to the general public from 11am local Friday 14 October