Pickathon 2022 Lineup: Sampa The Great to join Built To Spill, Valerie June and more in Oregon

One of our favourite international events, Pickathon, which takes place quite literally in the woods outside of Portland, Oregon, has just announced its 2022 lineup.

The annual festival takes place at Pendarvis Farm in Happy Valley, Oregon, and is such a unique and magnificent event we gave no less than five stars to their last event in 2019.

The event is famous for pioneering ways to ensure a music festival produces zero waste – from stages made from repurposed material (which are then repurposed again after they’re taken down), to all meals & drinks served on the same reusable plates and cups you come in with or purchase on entry.

It’s also famous for having a world class lineup, and this year is no exception.

As the festival name would suggest, Pickathon’s lineup generally leans towards folkier, guitar based acts, but there’s certainly room for a little bit of everything – from punk to hip hop, and everything in between. No greater example of that is Australia’s Sampa The Great, who sits amongst the performers this year.

Sampa joins the likes of Valerie June, Goth Babe, Built to Spill, Hurray for the Riff Raff, Cedric Burnside and many many more. The full lineup can be found further down this article.

It’s also deliberately smaller sized event, with just 3,500 tickets put on sale each year. But that doesn’t mean there’s not room for visitors.

From Sydney, can fly to Portland via Honolulu with Hawaiian Airlines, or Los Angeles with Delta, and a number of other airlines. From there, it’s just a 25 minute drive out of Portland to the festival.

The full lineup is below, and tickets are on sale now, with the event taking place from August 4th to 7th, at Pendarvis Farm in Happy Valley, Oregon: https://pickathon.com/tickets/ 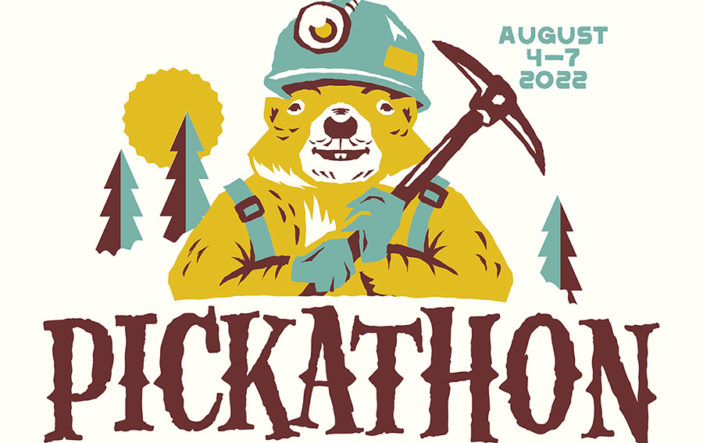 For tickets and more details about the event and its lineup, head to https://pickathon.com/