Pickathon Sunday Review: Julia Jacklin and Miya Folick steal the show as the Portland festival comes to an end

On the final day of the 21st year of Portland’s iconic Pickathon festival, I arrived on site in time to catch the end of a morning art tour that runs throughout the festival and showcases the hidden art gems that you can find in the main festival space, as well as the expansive camping area. It was amazing just how many treasures I’d been walking past for the entire weekend. 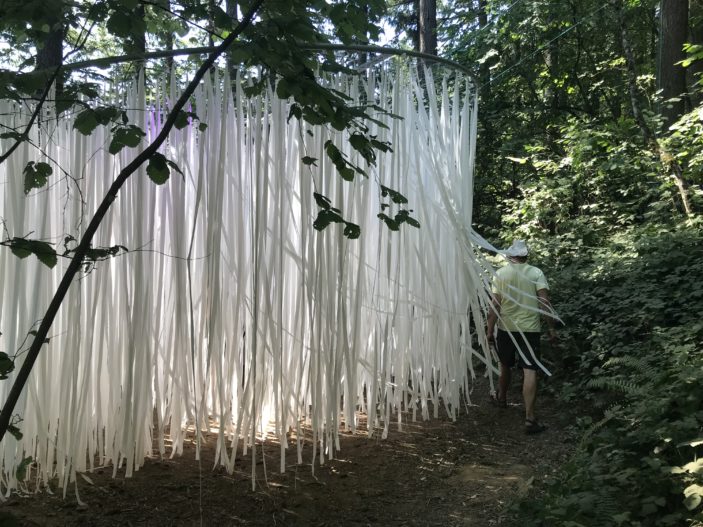 Moving straight into musical proceedings from there, Nap Eyes opened up the main stage, which was something of a quieter start to proceedings compared to Bodega the day before. The quartet were a nice way to ease into the day, especially for those nursing hangovers in the hot Summer sun.

Miya Folick followed in the Galaxy Barn was beyond delightful with her three piece band, playing her second set at her first visit at the festival, with “Cost Your Love” proving an early highlight, as did “Stock Image”. A poppier track saw the keyboardist with one hand on the keys and the other on a saxophone, getting us all dancing. And she jumped into the crowd for the second last song, inspiring further dancing. It was great. And then snuck in another song solo on the electric, to close the set.

Miya was lyrically impressive, vocally diverse and the music was intricate and compelling. She’s a vocal powerhouse who brought the crowd to its knees, one of the indisputable picks of the festival, in a festival that was full of moments like it. You truly left this festival musically nourished by the wide bearth of talent on display. And be it Miya on the last day, or Dan on the Friday, these special moments are that make events like these unforgettable.

On the main stage, Sudan Archives was an impressive solo artist who uses a mix of pre-recorded and live samples, while Lucius had a compelling set in the Wood Stage, which they called “the most beautiful venue they’ve ever played”. And they weren’t wrong. 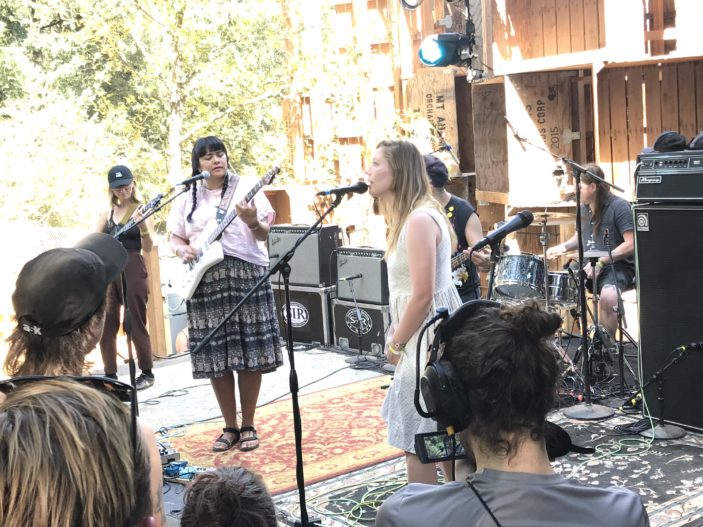 Having invited her to join her on stage the night before, Julia Jacklin returned the favour and joined Black Belt Eagle Scout (above) to perform “Soft Stud”. Her other prior night accompaniment, Courtney Marie Andrews (below), was playing around the same time – and her beautiful folk vocals which brought up Joni Mitchell comparisons, were made all the fuller by her great three piece band. Songs included “Two Cold Nights in Buffalo”, “Rough Around The Edges” and “Border”. Seeming to be everywhere all at once, Julia Jacklin then returned another favour, as the rest of the band departed and they did a bit of a duet for “Honest Life” before the band returned to close the spellbinding set with “May Your Kindness Remain”. 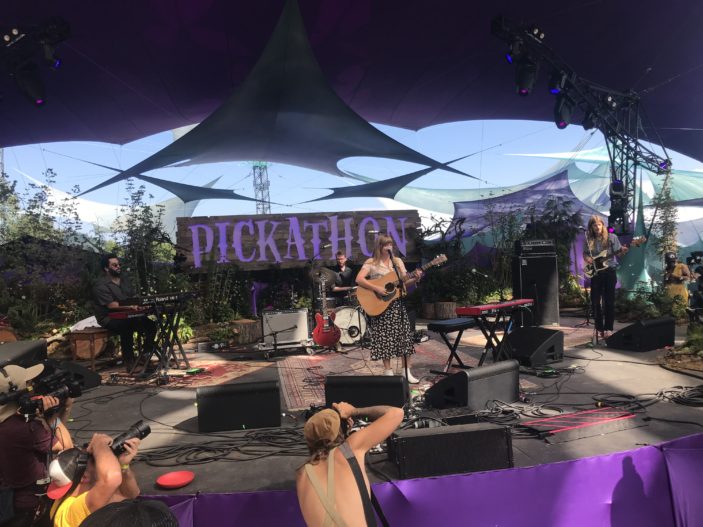 &More (below) were another find of the fest, waving the flag proudly for Philadelphia hip hop, not a genre you saw otherwise represented at the festival, and got a great response with soulful melodies and vocals incorporated (think The Fugees). A project featuring the vocal stylings of Chill Moody & Donn T, “Future Come Around” got the crowd singing, and their crowd “WHOA”, which they performed with Chuck D on NPR’s Tiny Desk, was another standout moment. 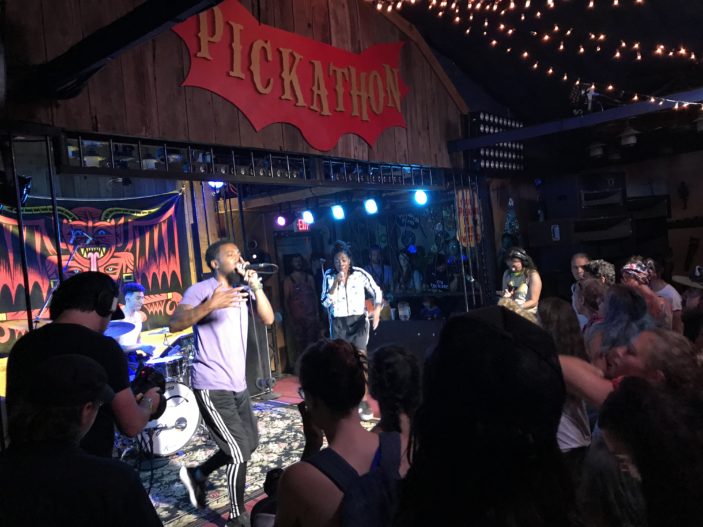 Fruit Bats (below) moved to the main stage for their final show of the festival, playing a similar setlist to what we saw in the woods on Friday, and then we caught local act Laura Viers at the Treeline stage. Her vocals were wonderful, with beautiful accompaniment from a violinist, drummer, second guitarist, and plenty of stunning harmonies. A cover of Daniel Johnston’s “True Love Will Find You in the End” was a particularly  lovely moment. 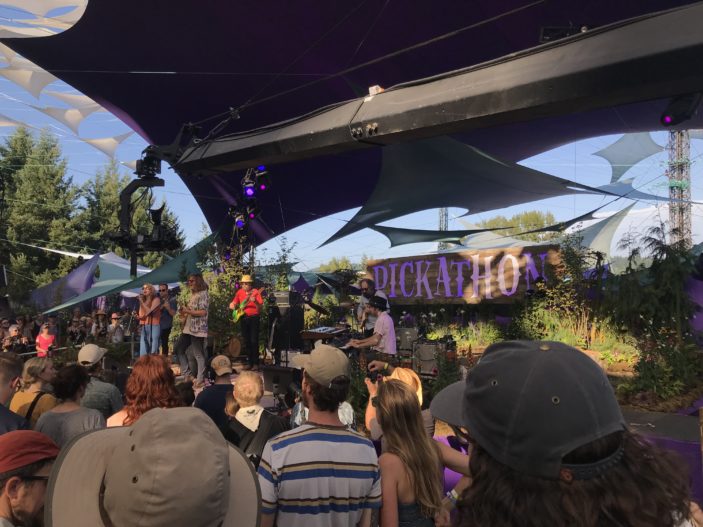 There were some great jams from Mdou Moctar as the sun set, and the legendary Lambchop drew plenty of fans in the Woods, with Kurt Wagner thanking the festival for “taking a chance on this strange band from Memphis…” which was later clarified as “the silver buckle of the Bible Belt.”

The Po’ Ramblin Boys and Colton Turner (below) delivered a good time, while faithfully paying homage to America’s musical past. While Julia Jacklin closed her set with “Pressure to Party”, which, perhaps ironically, started a wonderful impromptu dance party at the front of the stage. Her set really impressed the crowd, and the name was on many lips as people exited the venue. 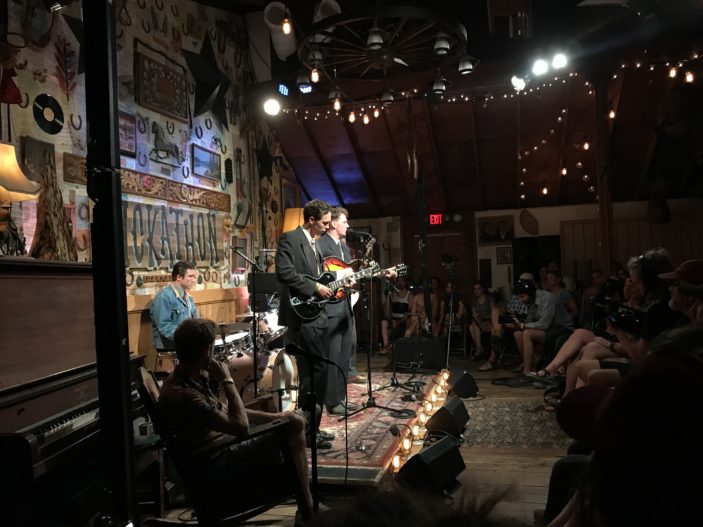 I closed my festival with Nathaniel Rateliff, who himself was closing the Woods Stage. Unlike the night before, where special guests were introduced and a party we had, this was an intimate, sit down affair. And in that respect it was a perfect set closer in the aforementioned stunning venue. He closed the stage out by performing some unreleased tracks he was planning to release with Richard Swift who passed away the year prior, in a beautiful and emotional moment. There had also been a tribute concert to him the night before. It was a powerful way to finish the night and the festival in the Woods, after enjoying a string of repeat and first time performances on the festival’s last day.

After 21 years, Pickathon is a festival that has perfected its craft. From the festival goer experience to camping, to how well artists are looked after, and even just getting in and out of the event – there is nothing about the event to critique negatively. This world class event belongs fixed permanently on everyone’s must attend list. And it promises to give you some amazing musical discoveries along the way.

For more details about the festival, head to pickathon.com.

The author is in Portland as a guest of Travel Portland, with the support of Brand USA. While at the festival, the author is staying at the Courtyard by Marriott Southeast Portland/Clackamas. Photos by the author.