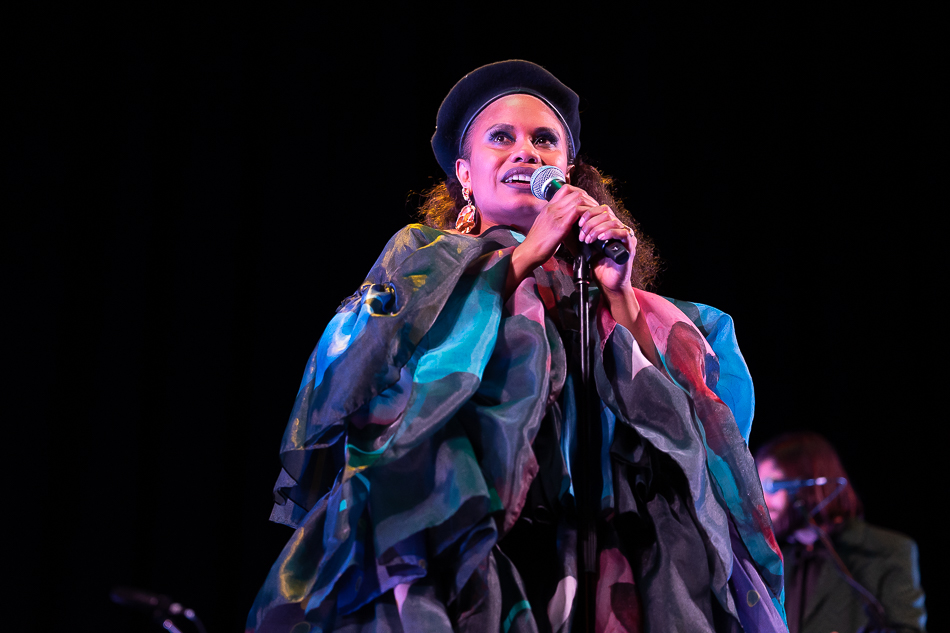 Ngaiire brought her rescheduled 3 album tour to the City Recital Hall in Sydney on Friday night. It was worth the wait, and it didn’t take long until she had most people out of their seats and dancing along. As always, she had an incredible band with her, that helped bring the good vibes. She opened by playing the entire 3 album in sequence, before a run of new and older tracks. It was a great venue to see one of our finest vocalists, superb acoustics and just enough room at the front for dancing.

On support was Jerome Blazê, who was also in Ngaiire’s band, and the fabulous Beckah Amani. Bruce brings you these photos.

Fall Into My Arms
House On A Rock