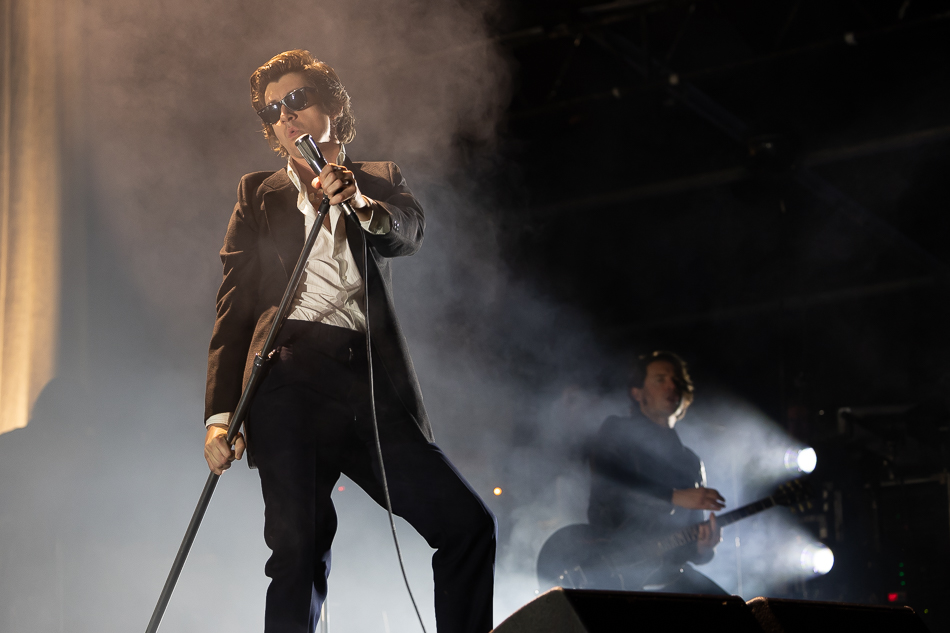 Lost Paradise festival returned to the beautiful Glenworth Valley in NSW on the 28th December for four days of music, dancing and all round good times.

It was a young and friendly crowd, who were lured by the combination of great bands, cracking DJ’s and an epic location to see in the new year. Being close to Sydney, locals were much in abundance, though I did meet a couple of punters that had come all the way from Tasmania for the festival.

The first night was for dancing and DJ’s, before the bands kicked off on the 29th. Amongst the many highlights on the main stage, were Eagle Eye Jones, Telenova, The Vanns and PinkPantheress. King Stingray was a crowd favourite, on the  back of their brilliant self-titled album that was released in 2022 (and our #1). G Flip was truly outstanding, bringing incredible energy. Every time we see G Flip, it seems their show has gone up a notch.

Closing out the night on the main stage, was Arctic Monkeys. Alex Turner oozes panache and has all the moves, keeping us captivated until the final beat.

The Lost Disco paid host to DJ’s such as Roxy Lotz, POG and Pastel. For those wanting some retro feels, Mum’s Disco was the place to be. It was a stage to indulge yourself in guilty pleasures with big smiles. Smaller bars such as FELLR also had an infectious vibe. You headed in there for a quick drink, and emerged a couple of hours later, sweaty and in need of another one.

The 30th was also packed with highlights, from the endearing Molly Minnington who kicked off the Arcadia stage, through to Elsy Wameyo who charmed, the fun and chaotic 1300, the high-energy MAY-A with her kick-arse band, to the much loved Cub Sport. Ocean Alley has a sea of fans, and with a performance that is truly captivating, Genesis Owusu once again took our breath away.

Closing out the night on the main stage was Lil Nas X, with an incredible show, a visual feast with dancers and precision choreography. Lost Disco and Paradise Club had a constant stream of quality DJ’s and beats to keep you on your feet.

That brings us to New Years Eve. The Arcadia stage again showcased the stellar talent coming through. Our day was kick-started by the excellent Casual Fan and Greatest Hits, as well as EGOISM, Lazywax and STUMPS. The bass player from Pacific Avenue made a foray into the crowd, and Young Franco once again got the crowd into a frenzy. Continuing the high-energy were the WA rockers Spacey Jane. Bringing in the new year on the main stage was legendary UK electronic producer Jamie XX. Those still with energy to burn were treated to a set from Peggy Gou on the Lost Disco stage.

Apart from the music, the Shambhala Fields hosted a variety of workshops, activities and holistic healing. Doctor Karl educated us, there were a number of yoga sessions, including ‘laughter yoga’. I suspect many didn’t venture too far from the sessions held there during the festival.

All in all, it was a fabulous festival and great to be back at Lost Paradise after its forced hiatus. The music was great, the weather was kind and there was a great variety, whether you wanted to see live bands, or stick to DJ’s, there was something for everyone.