Imogen Clark’s 1st Annual Holiday Hootenanny took place at the Factory Theatre on Wednesday night, and we were there to bring you this photo gallery. It was a festive evening, with Imogen Clark and her band in a buoyant mood.  She roped in a bunch of her friends to help out throughout the night. It was a gig with many highlights.

Many of the tunes of her outstanding recent EP, The Making of Me were played. These songs were interspersed with covers, of which it was hard to pick a favourite.

Jack Moffitt of The Preatures lit up the stage with Imogen playing a Preatures original.

Georgia Mooney (All Our Exes Live In Texas), Melanie Dyer and Lozz Benson made appearances. 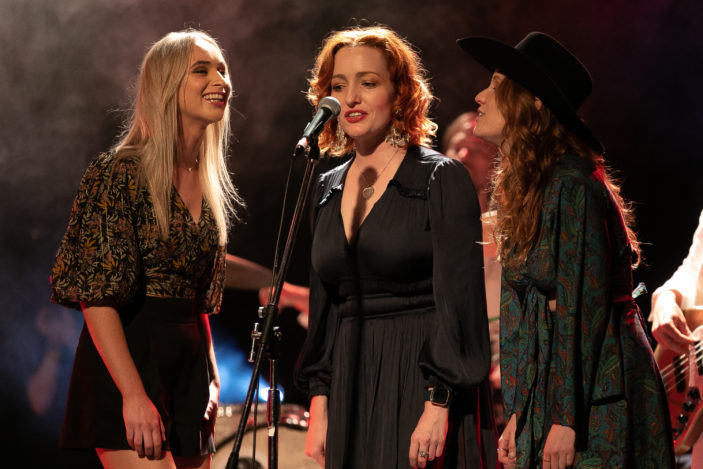 Montaigne had us in raptures, and Lindsay McDougall rocked it out singing Frenzel Rhomb’s “You Are Not My Friend”.

Before we knew it, the night was over, but not before amazing covers of “When The Levee Breaks” (Led Zeppelin), “Fall At Your Feet” (Crowded House), and of course, everyone’s favourite festive song, “How To Make Gravy” (Paul Kelly).

Check out the rest of Bruce’s photos below