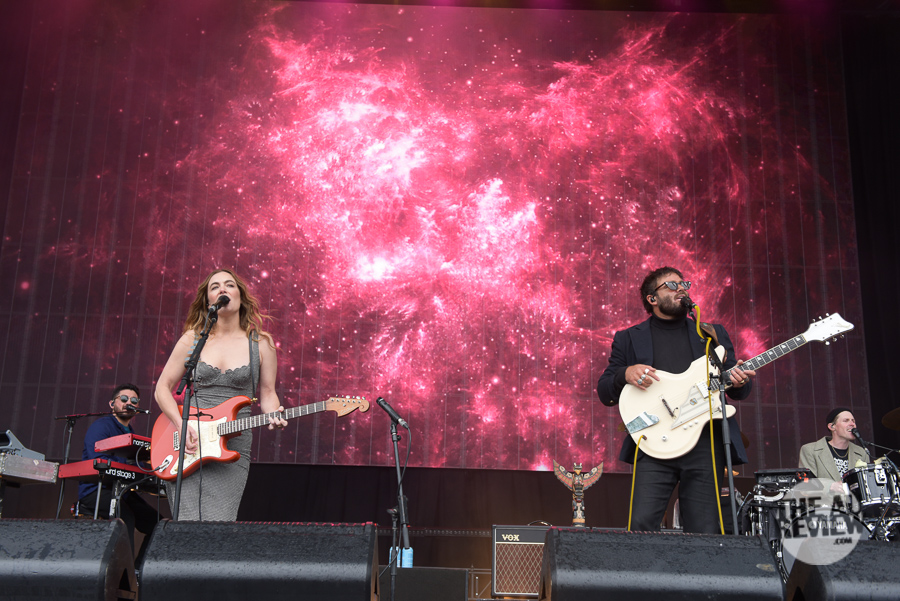 The crowd was well rugged up for the inaugural Harvest Rock festival in the Adelaide parklands. Billed as a food and wine experience, there was something for everyone, from ample food trucks to wine selections from McLaren Vale to high-end dining experiences. Two intimate lunches were available from Jake Kellie of arkhé with wine and food pairings by critic Nick Stock.

The music was what most people were interested in, with Jack White closing Saturday night with energy and enthusiasm that drove away the cold and rain. Taking from his vast back catalogue, White’s only Australian show was the icing on the cake for a full day of music.

Tones and I was impressive, with a fairytale stage setup and backing dancers that proved that she is more than “Dance Monkey.” Equally impressive was Marlon Williams, singing a sad song in Maori about being lost at sea on a leaky boat.

Goanna reformed for their last show, fittingly that last time they played Adelaide it was in the same location for Womadelaide after they had played in Geelong. Electric Fields, You Am I, Courtney Barnett, Kurt Vile and The Black Crowes all put on performances that kept the audience dancing and happy.

Sunday’s weather was no better, the mud was more prevalent, but the music was just as warming. It really was a family affair, with plenty for the kids to do, and a good range of food and drink options for the more mature crowd.

Crowded House headlined, but once again a stellar lineup kept the stage areas full despite regular downpours. Angus and Julia Stone seemed genuinely happy to be playing together, with Julia Stone taking some time on the trumpet. The Living End were just as exciting to watch as the first time I ever saw them. Cat Power exuded a cool, calm presence that captivated the audience, while Genesis Owusu was wild, frenetic and sexy all at once.

Over two stages the music played continuously all day, with The Avalanches, Hot Chip and The Teskey Brothers attracting devoted fans, to name but a few.

If the weather had been a typical beautiful spring weekend, it would have been perfect. As it was, it was still a celebration of music, wine and food that gave a glimmer of hope for more of the same to come over summer.