Nothing But Wild: Amy Sheppard takes us through her debut EP, Track by Track 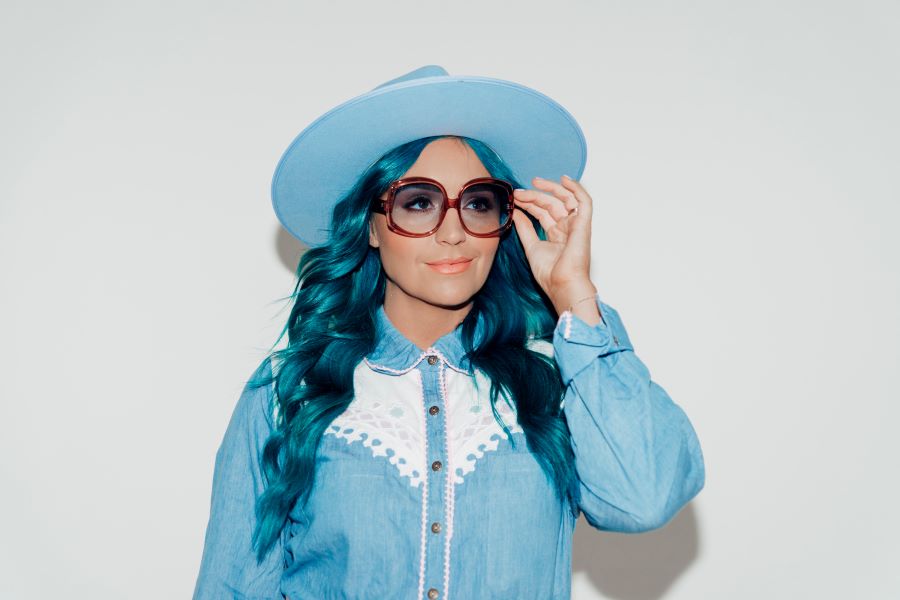 As a founding member of the band Sheppard, Amy Sheppard has earnt her stripes over the last decade as part of one of our most successful acts to break through domestically and overseas. Today, Amy has released her keenly anticipated debut record, the fabulous EP Nothing But Wild.

This is a singer/songwriter that knows how to write a great country pop song. She’s racked up more than 600,000 Spotify streams for “Blue Guitar” and “Nothing But Wild”, her first two tracks to be released as a solo artist, which you can find on the EP. These are songs steeped in emotion, human connection and warmth.

Amy collaborated with a number of great Australian artists on the record. Helping out were Trannie Anderson (Reba McEntire, Gabby Barrett), George Sheppard, Jason Bovino (Sheppard), The Wolfe Brothers, and Phil Barton (The Buckleys, The McClymonts).

About her aim for Nothing But Wild, Amy writes:  “the spontaneity of love – whether it’s rosy, messy or somewhere in between. Love by its very nature can send you off in many directions. This EP aims to capture that from different points of view.”

Amy has put together a track-by-track breakdown for the EP. So do press <Play> and have a read for the inspiration behind the record.

Nothing But Wild from Amy Sheppard – Track by Track

“Nothing But Wild” is about escaping the city as often as you can. It’s about reconnecting with your wild side and doing it with someone you love. Written on my first trip to Nashville in 2019, it encapsulates themes of adventure, spontaneity and freedom. It was my debut single and I felt it was the perfect way to introduce myself as a country artist. The music video for this song will always hold a special place in my heart as I filmed it with my husband Lachie as the romantic lead.

I think every country music singer loves to tell stories; many are rooted in truth and some are whimsical love stories. For this one, which was the first one I wrote for this project, I was inspired by the big luscious ballads of the 90s from Shania, LeAnn Rimes and Faith Hill. It’s the story of a country starlet who goes back to her hometown, walks into a bar and hears a familiar voice singing on stage and he’s playing his blue guitar. The same blue guitar he used to write songs about her once upon a time. The same feelings come rushing back and she can’t help but wonder if the songs he sings today are still about her.

“Sometimes You Learn” is a song about finding your power once you’ve gone through a break up. It’s about dusting yourself off, knowing your worth and remembering to put yourself first. I had such fun writing this and I have made it the opening number of my set as it gets the crowd going and sets the tone for the rest of the show.

“Couple Goals” was written about my husband Lachie. It’s about knowing that you’ve found “the one” and fantasising about your life together. It’s one of the more pop-leaning tracks on the EP and I’m so happy how the final version turned out. I wrote this one with the Wolfe Brothers in Tasmania.

“Flavour” is a song about wanting to get a little taste of someone. It’s a tongue-in-cheek song with lots of food imagery and flirty vibes. This one also leans to country pop but I like that I have the freedom to blend those two worlds of mine. It’s a bit of fun really. Written with George Sheppard, Jay Bovino and Phil Barton.

Also written with the Wolfe Brothers, “Home to Me” explores the idea that home can be a person, not a place. It’s a classic love song with folky rhythms and sing-along melodies. This is the kind of country song that I’ve always wanted to write and record, a song that unites people through melodies, rhythm and a relatable theme.

Nothing But Wild is out now. You can keep up to date with Amy Sheppard on her website, Facebook, Instagram and Twitter. Merch is available from her website, and if you buy the EP before 5pm on 22/9/22, you will go into the draw to win Amy’s blue guitar. Check out the website for further details.