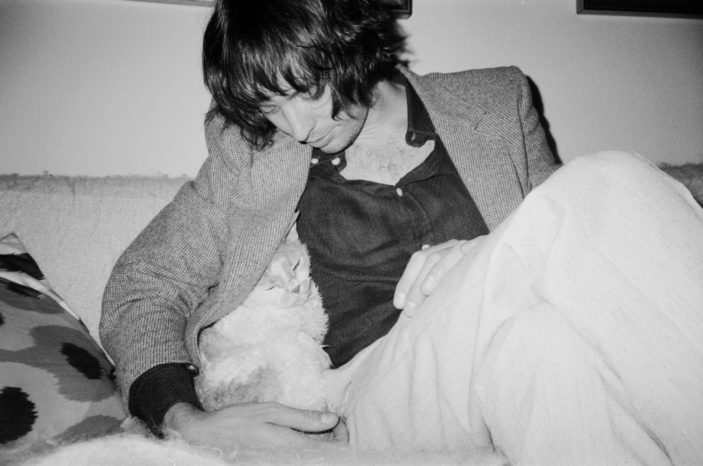 When a talented artist passes away and their unreleased music makes it out into the world, it’s not always for the best. In the case of Sydney rocker Nick Weaver (Deep Sea Arcade, The Tambourine Girls), who sadly died of bowel cancer in April 2021, it is. The aptly-named posthumous record Won’t Let Go – out today – is respectfully brought to you by Weaver’s long-time collaborator and friend Simon Relf.

After his illustrious life was tragically cut short at the age of 37, Weaver’s family and friends vowed to finish his near-complete solo album on his behalf. The 13-track project boasts deft musicianship and powerful lyricism in the form of shimmering indie-pop. Everything you hear on the album, except drums, was impressively played by Weaver himself.

“Nick’s creativity never ceased to astonish me,” shares his mother, Helen Wellings. “This solo album is heart-wrenchingly beautiful, songs that stay fixed in your head. It’s as if Nick’s soul has come to the surface in these compositions about true love, sincerity, beauty, loss, deception and narcissism, revealing his breadth and brilliance. Nick has left us, but his music will live on in our hearts.”

From radiant opener and lead single “Cold Chills” to ethereal closer “Sunshine on its Way”, Won’t Let Go is perhaps the late artist’s best work. Ardent guitar riffs and sliding basslines lead the songs with ambient synths and playful piano to colour the mix. The title track is a highlight of the record, featuring soothing acoustic guitar and vibrant strings from LA’s The Section Quartet.

As a co-founder of Deep Sea Arcade, Weaver contributed to two critically acclaimed albums in Outlands (2012) and Blacklight (2018). He was also a member of The Tambourine Girls with Relf, who made two albums and an EP. His remarkable career included big crowds at Europe, South America and the UK, as well as sold-out shows across Australia.