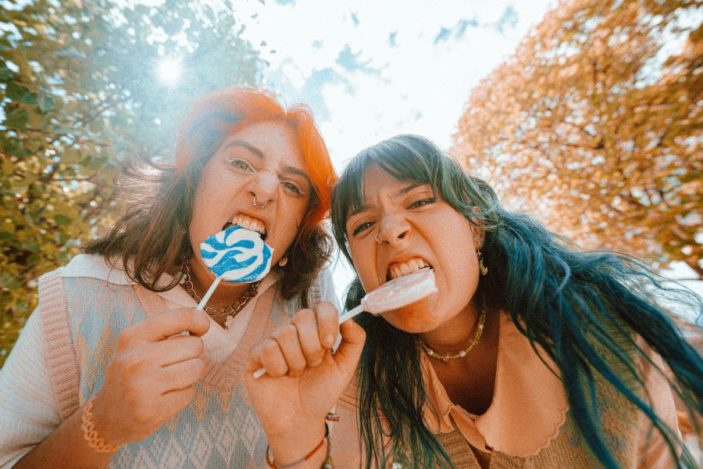 We have added another ten tracks to our Apple Music and Spotify Discovery playlist this week; including two tracks we exclusively premiered in the last seven days. Our Track of the Week is “Terrible”, the new single from Teenage Joans, who are back with their first track since their Taste of Me EP of 2021. “Terrible” has a slightly harder edge than their earlier releases, but still has a joyful ball of energy that is their trademark. With distorted guitars and a potent melody, “Terrible” is a great taste of what’s to come from Teenage Joans.

Joining them on the playlist this week are Sydney psych-rockers Memory Motel with their sophomore single “Breathe In Breathe Out”. There’s so much to enjoy there, from a delightfully dreamy opening minute, to a captivating vocal performance from singer Ruby Ward. The band have a few shows over May and June, so make sure you keep an eye out.

Butter Bath is the solo project for Sydney musician Toby Anagnostis. With “Kurrajong Hotel”, he shares his experience of growing up in a conservative religious circle, and having to unlearn many of those learnings, and developing new opinions and beliefs as he entered adulthood. It’s powerful and patently honest. Butter Bath will be performing at Vic On The Park tomorrow night (30th April) for those in Sydney.

“Superglue” is the most recent single from Beirut artist Son Savage. The track is from his debut album Folie à Deux. With a strong vocal, and a great pop sensibility, this one stands out. The song also has the first ‘video game music video’ in the region, with the game available for free download on the App Store and Google Play now. There’s also a very cool 8-Bit version of the single that’s well worth a listen to.

Rounding out the list is this week’s premieres from Yazmindi (“Talk”) and Maia Toakley (“Paralysed”).