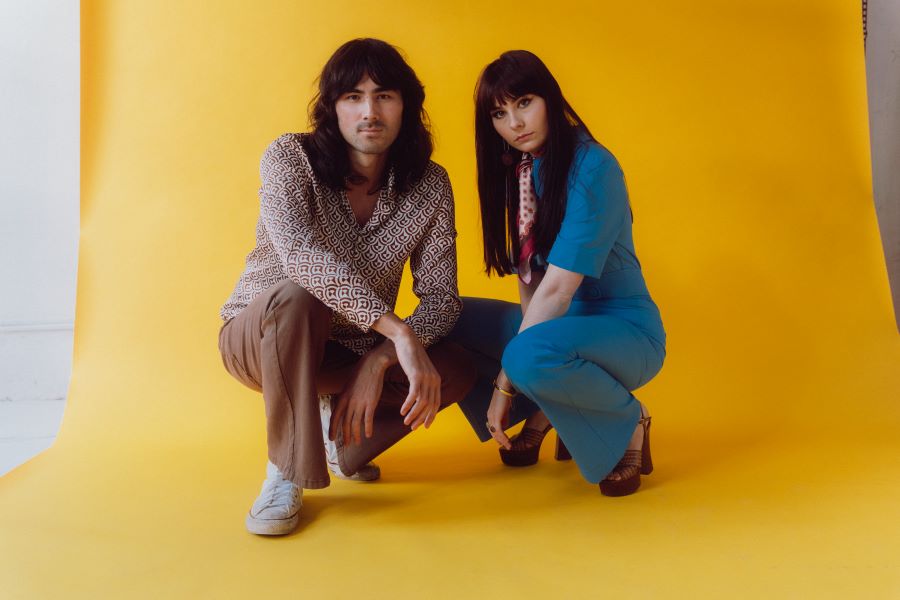 Spring in Australia is just around the corner, and this week we’ve added ten more tracks to our Discovery Playlist on Spotify and Apple Music. Our featured Track of the Week is “Young Guns”, the boppy new single with a serious message from Sydney’s Salarymen.

“Young Guns” was written in the days following the school shooting in Uvalde, Texas, despairing at the inaction over gun violence. Profit over saving lives seems to be the order of the day. Despite the confronting topic, the track has a bouncy summery feel to it. Quite the antidote to the despair of the stalling of meaningful gun-reform progress.

Salarymen will be releasing an EP in October, and also have plans to tour Japan in November, so big things are afoot for the duo.

Tasmania’s Maddy Jane has released “Do Something” from her Island Time EP that was released earlier in the year. It’s a reflection of the frustration at lockdown, and being restrained from getting out and about. Anyone who has seen Maddy live, can imagine her frustration. Always a ball of energy, and the good news is that she will be touring in September and October. Check her website for details.

We are so excited to be adding the debut track from Wildfire Manwurrk, “Lonely Bangardi” to the playlist this week. The band is comprised of members of the Rostron family from remote Stone Country, Arnhem Land. It is another example of the incredible First Nations musicians from Arnhem Land. It’s part punk, part love song, with plenty of guitars and is sung in endangered languages Kune, Dalabon and Rembarrnga.  Expect plenty more from the band, with their debut EP being launched on the 25th of November.

“Home Grown Flowers” is the new single from British trio We Are All Fossils. It’s a beautiful and chilled slice of indie folk. It’s just full of warmth and has this wonderful stepped back, yet lush, sound. Effortlessly emotive, this one will appeal to fans of Gregory Alan Isakov, William Fitzsimmons and more.

“Disguise” is the absolutely stunning debut single from Perth composer and singer-songwriter Sophia Hansen-Knarhoi. It’s an understated and ethereal piece, which places Hansen-Kharhoi’s beautiful vocal front and centre. It’s also one of those songs that rewards the repeat listener, with all these different little elements – horns, cello, layered vocals – coming to the fore on each listen.

Julia Jacklin is back with “Be Careful With Yourself” from her upcoming album Pre Pleasure. She has announced a national tour for next February. Details on her website HERE.

Also with new music this week is GENIIE BOY (“Better”)  and BATTS (“All That I Need”).

Finally, to round out the list is two exclusive premieres; “Lost Paradise” from The Deenys, and “Talk To Me” from Honey Nothings.