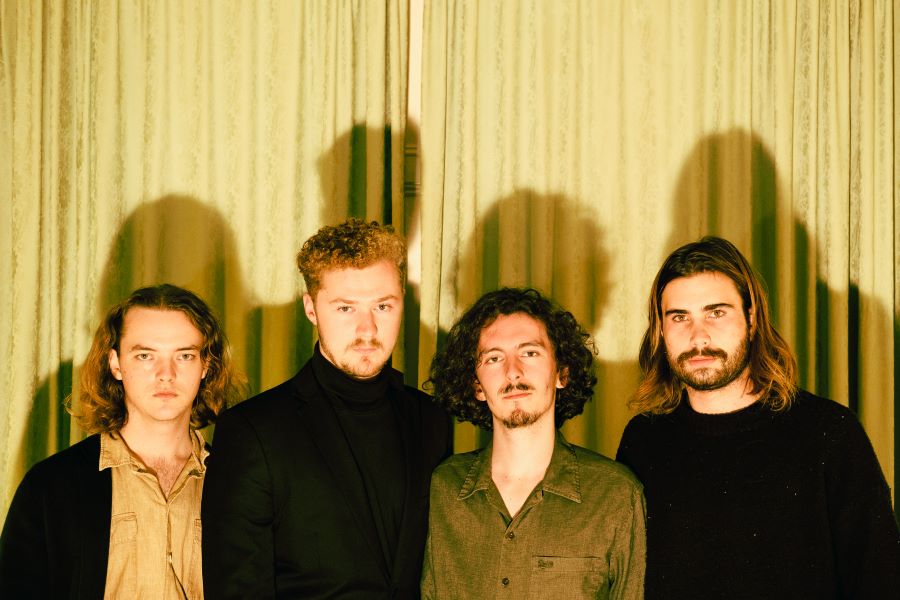 Eora/Sydney-based indie-pop band Honey Nothings are unveiling “Talk to Me”, a brilliant 80s-inspired slice of nostalgia pop.  We’re thrilled to have the premiere of the track ahead of its release tomorrow.

With fabulous 80s-style synths and vocals that sparkle, the instrumentation builds and mirrors the angst of a relationship that is floundering. There’s an upbeat urgency as the protagonist wonders “Do I really know you, Do I really know you babe?”.  There is an inventiveness and nuances in the instrumentation showcasing the band’s creativity. Bringing it home is a sax solo, of which there aren’t enough of these days.

The track was produced by band members James Fuller and Peter Longhurst and mixed by Daniel Willington.

Of the track, James Fuller says: “‘Talk To Me’ is a song inspired by communication breakdowns; how assumptions and things left unsaid can lead to massive arguments and conflict. I wrote the lyrics just after Christmas in 2020, during a particularly hard-hitting lockdown after some typical family tension. Pete and I did the first session at his parents’ place, springboarding off an 80s kind of synth hook he’d come up with. The track came together quickly thereafter, with ideas coming thick and fast. I found that the lyrics were starting to move further away from the original theme and towards a more romantic feeling, possibly inspired by the bittersweetness of the harmony and overall vibe of the track. After yet another lockdown was introduced in NSW, we finished off the track remotely via zoom. The icing on the 80s cake was a sax solo from Zac Olsen, which filled a massive gap we’d had since the beginning.

This is our first single since our debut EP, which came out mid-2021. We’ve dealt with a bunch of setbacks in trying to gain momentum, from COVID to uni stuff to outright lack of motivation, but we feel like this release really captures the energy and passion we have for music, which we might’ve forgotten about a little over the past year.”

Honey Nothings will be launching the single on Friday 2nd September at the Gallery Bar at Oxford Art Factory in Eora/Sydney. You can purchase tickets HERE