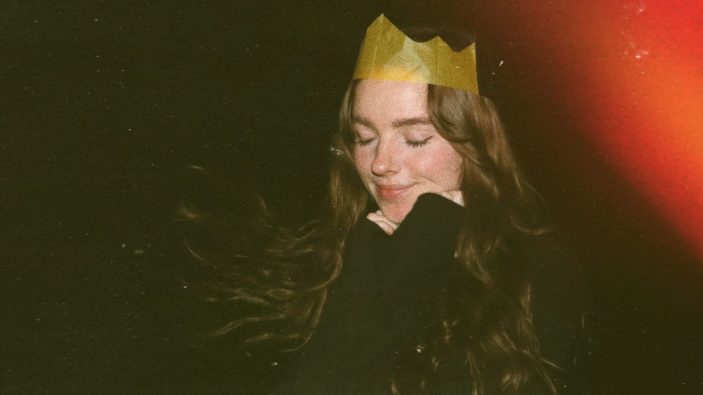 For the final time this year we have added ten new tracks to our Discovery playlist on Spotify and Apple Music. With Christmas right around the corner, we have a festive Track of the Week: UK songwriter and artist Darcey Flo’s new single “Merry Christmas”.

Cosy, comfortable, but with a touch of melancholy, “Merry Christmas” is a beautiful slice of indie folk. Sparse and simple, but completely affecting thanks to that vocal. There’s a palpable sense of emotion to proceedings that is only heightened by the “season”. With a handful of singles to her name, Darcey is one to keep an eye on.

Meg Washington has dropped a cover album of the iconic Hot Fuss from The Killers. It’s a beautiful interpretation by Meg, stripped-back versions which are predominantly piano and her incredible vocals.  It was hard to pick one track, but we went with the barnstorming “Mr. Brightside” as you’ve never heard it before.

Imelda Gabs is a 24-year-old artist and producer from Switzerland. “Reckless” is from her forthcoming debut album, and is an atmoshpheric dark pop gem.

“Kickflip” is the feature single from UPSAHL‘s EP Sagittarius which has just dropped. We were blown away by her live performance on her recent tour to Australia, and can’t wait for her return. Of “Kickflip”, UPSAHL writes “Kickflip pinpoints that part of the night where you are feeling on top of the world. You feel hot, you want to stir the pot up a bit, you want to entertain, be entertained, be spontaneous, and you feel like nothing in the world can get you out of that mood.”

Adelaide outfit Los Palms have just dropped their debut album Skeleton Ranch – a nine track collection of their self described “Desert Jangle” rock. The decidedly un-festive titled “Dead Man” comes towards the latter half of the album and slowly entices the listener into its fuzz-laden mysterious musical landscape. A real joy of a listen – we’ll be tucking into the rest of the album right away.

We’ve also added the beautiful “Black & White” from Sydney’s Charlie Gradon, a songwriting masterclass on the observation of a relationship breakup.