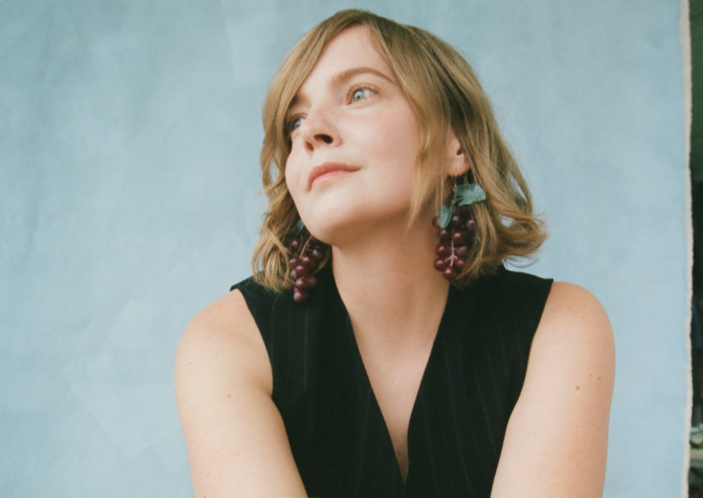 This week we’ve added another ten tracks to our Discovery playlist on Spotify and Apple Music. Our Track of the Week is “Loose Future” from the GRAMMY-nominated singer-songwriter Courtney Marie Andrews.

“Loose Future” is the title track from her forthcoming album which is out October 7th on Fat Possum. It’s a beautiful track that combines Andrews’ trademark Americana inspired instrumentation with the new album’s less than orthodox production. It’s a song all about bracing for the future of a new romance, with Andrews remarking, “These words slipped out of my mouth one evening while speaking playfully with a lover… We always want to play it cool with love, but deep down our inner children are always afraid.”

It’s the second track to be released from the new album, and it’s already clear that the acclaimed songwriter is onto another winner. We can’t wait to hear more.

“Deep South” is the new single from New Caledonian artist Sara Bae. It’s the first track to be released from her new album and blends the musical styles of Mississippi and the American Bayou with the sounds of New Caledonia. It makes for a memorable and enjoyable track, with a particularly strong and powerful central vocal performance.

Four years since the release of their last album Young Fathers have returned with the fantastic new single  “Geronimo”. In a statement, the award-winning Scottish trio explained that the single is “a track about contrast, because life is contrast – pushing through, giving up, all at the same time. Wanting everything and then wanting nothing, then wanting everything again. It’s kind of reflective of where we are at the moment, trying to remember how to do this again.”

Steve Lacy former guitarist of The Internet, showcases his prodigious talent in “Sunshine”, a track that features the fabulous vocals of Fousheé. It’s a dreamy trip and you can find it on his album Gemini Rights which is released today. Hunt it out.

Marlon Williams has just dropped “River Rival, another single from his upcoming album, My Boy (9th Sep). It won’t be long till we’ll be claiming the talented Kiwi is an Aussie.

“Crash” from Stevan is another quality release from the young artist from Wollongong. He has the knack of writing songs that appear effortlessly smooth and catchy. It’s the first release for a new label, Purple Phase, that is run by the three Margin brothers from The Rubens and their two managers.

The Big Moon are back with “Wide Eyes”, which is their first release since their impressive second album, Walking Like We Do from early 2020. If you’ve had an ordinary week, then “Wide Eyes” will be just the tonic for you. Joyously uplifting, it’s the perfect song to round the week out with.

Also making the playlist are two premieres, “Need You Around” from Ally Palmer, and “Demons” from Ellery Cohen.