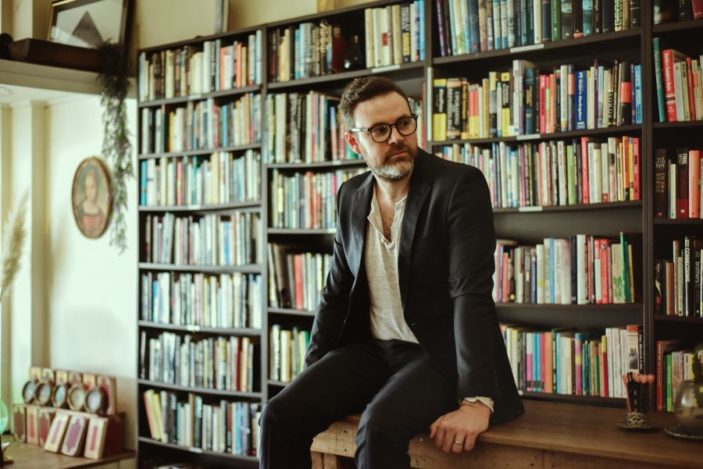 This week brings with it another ten additions to our Discovery playlist; including two exclusive premieres. Brisbane-based singer-songwriter Jack Carty‘s new single “Dragnet”, which sees him collaborate with Georgia Mooney, takes out the Track of the Week slot.

About “Dragnet”, Jack says it’s “an anti-love song inspired by past infatuations that, on reflection, were superficial flights of fancy.” The track is from his forthcoming sixth studio album Wake To A Bright Morning which comes out on the 11th of March.

There are also new singles from New Jersey’s Sharon Van Etten, Julia Jacklin and Everything Everything. “Porta”, from Van Etten, is the first slice of new music since 2019’s Remind Me Tomorrow. Written back in 2020, the song comes from a similar musical direction as that album.

We’re also again featuring some artists you may be less familiar with, including Brooklyn singer-songwriter Dan Zimmerman. His latest single “Carry You” is a striking and beautiful ode to Zimmerman’s friend and songwriting partner who died of cancer at the age of 26. Unsurprisingly it’s an emotive track, stripped back to the basics of piano and vocal, and then topped off with some strings.

This week there are also new tracks from Chicago singer-songwriter Nasty Geographic, Melbourne’s Honest Dan, and French singer-songwriter Séraphin. His latest single “Carolina Lunch Time” is a cinematic treat, with moody vocals, and plenty of atmosphere. The accompanying music video is well worth a watch too.

We also have “Slow”, the new single from Western Australia’s Tied Down which we premiered this week; and “Stand” from William Crighton‘s new album Water and Dust. We premiered the video for that one yesterday.