Sunday night was the return of beloved English band The Wombats to Melbourne for the second time in 2022. With the earlier tour focusing on the release of their 2022 album, Fix Yourself, Not the World, this tour off the back of Spilt Milk Festival was to celebrate their recently released EP, Is This What It Feels Like To Feel Like This? With the support of Jaguar Jonze, the two were able to raise the roof of the Palais on the St Kilda foreshore.

Jaguar Jonze has a bit of history with The Wombats, being the main support of their previous tour. Due to that, the band asked her back to support them at their Melbourne show and she didn’t disappoint. She pulled out plenty of her hits from her 2022 record BUNNY MODE and involved the crowd through call-and-responses and getting them up out of the Palais seats to dance for the final two songs of her set. 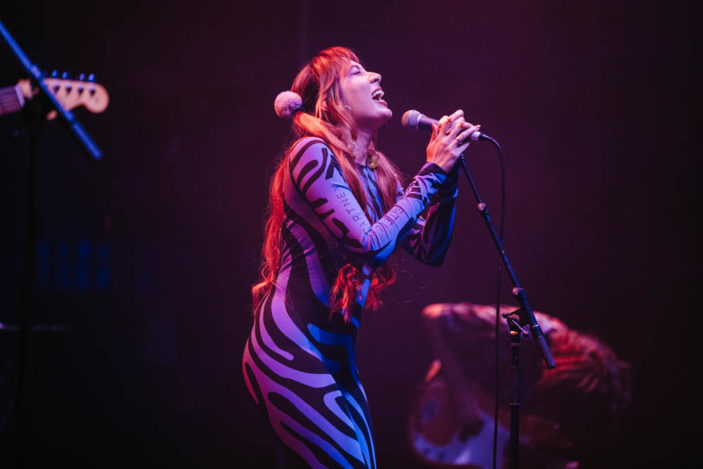 The only thing that marred Jaguar Jonze’s performance was a lack of appropriate levelling on her vocals. The drums and bass guitar felt very loud, sometimes struggling to hear Jaguar over them unless she was belting. This left an unfortunate feeling for those who didn’t know her well, but fans of her work were singing along nonetheless.

The Wombats, perennial lovers of Australia, came out looking to create a fun atmosphere at the old Palais Theatre. They knew the venue well as they played a similar style sideshow in 2018 at the theatre, with vocalist Matt Murphy quipping that venues like this were more intimate – “feeling like an evening with The Wombats, rather than The Wombats” due to the seating and lack of a mosh.

While The Wombats are touring their new EP, the setlist was a hit of nostalgia with many of the favourites across all of their albums coming out. “Moving to New York” opened their set before “Flip Me Upside Down” led into “Techno Fan”, building huge amounts of excitement from the crowd.

The performance was great and appealed to young and old fans alike, with the crowd being a mix of all ages. It makes one think of the band’s longevity, with their first album, Proudly Presents… A Guide to Love, Loss & Desperation, releasing in 2007. Yet they appeal to so many age groups with their songs about life that it seems as if they’ll never run out of steam.

“Pink Lemonade”, “Everything I Love Is Going to Die”, “Kill the Director” and “Jump Into the Fog” made up the favourites of the middle section of the band’s set. This led to an acoustic version of “Lethal Combination”, which brought on a big singalong with Murphy.

“Tokyo (Vampires & Wolves)”, “If You Ever Leave I’m Coming With You” and of course “Greek Tragedy” saw out the end of the set before The Wombats walked off for their encore pause. But not before Murphy joked about them doing a “walk-off, not walk-off”.

The encore was a combination of three different albums across the years, with “Method to the Madness”, a dance party for “Let’s Dance to Joy Division” and “Turn”, arguably their most popular single from Beautiful People will Ruin Your Life closing out the night. “Turn” had a huge singalong to go with it, the whole crowd singing with The Wombats a final time in 2022. 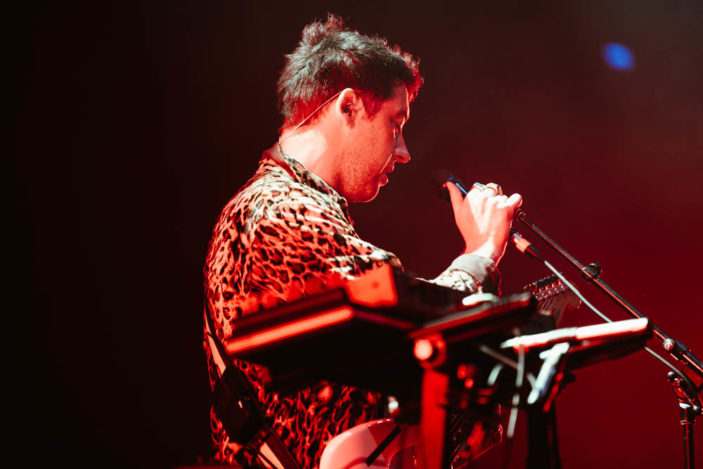 The Wombats’ tour of Australia continues this week in Adelaide at the Hindley Music Hall, with tickets still available here, before gracing the Spilt Milk stage over the weekend in both Ballarat and the Gold Coast.