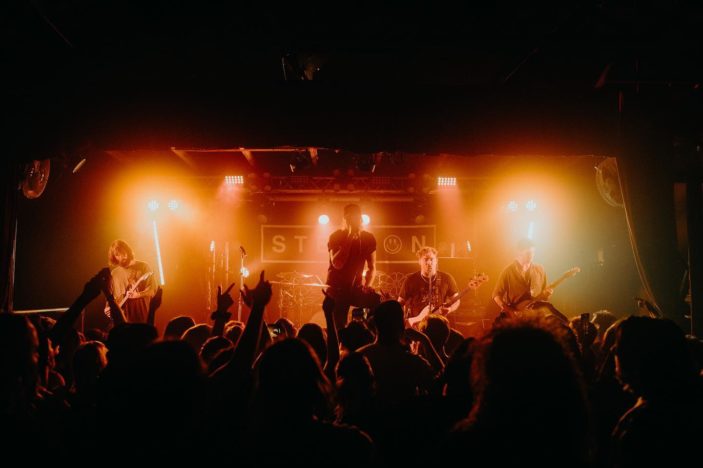 Beloved Brisbane hardcore five-piece Stepson finally got to take their acclaimed debut album Help Me, Help You on the road last week after countless setbacks and it was definitely worth the wait.

After having to reschedule the tour four times in response to the everchanging government restrictions surrounding live music and venue capacity, the Melbourne show (which kicked off the tour on Friday 28 January) was the band’s first gig in two years. Stepson hit treasured Brisbane venue The Zoo (now with air conditioning after 30 years of operation) on Saturday 29 January, supported by established Melbourne post-rock outfits Rumours and Outloved, as well as heavy locals Headwreck. 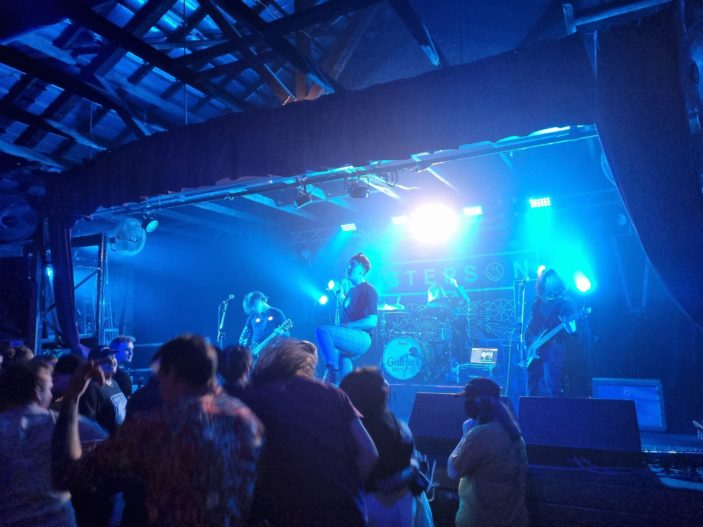 It wasn’t long before experimental hardcore quartet Headwreck had the crowd moving to their halftime grooves. Harsh screams permeated melodic highs as atmospheric backing tracks gave way to syncopated breakdowns. The band took unfamiliar punters by surprise with grungy riffs contrasting glitchy vocal samples for a mesmerising performance of undeniable fervour. Even those who didn’t know the words were moshing to EP closer ‘Freefall’ by the end of the impressive set. 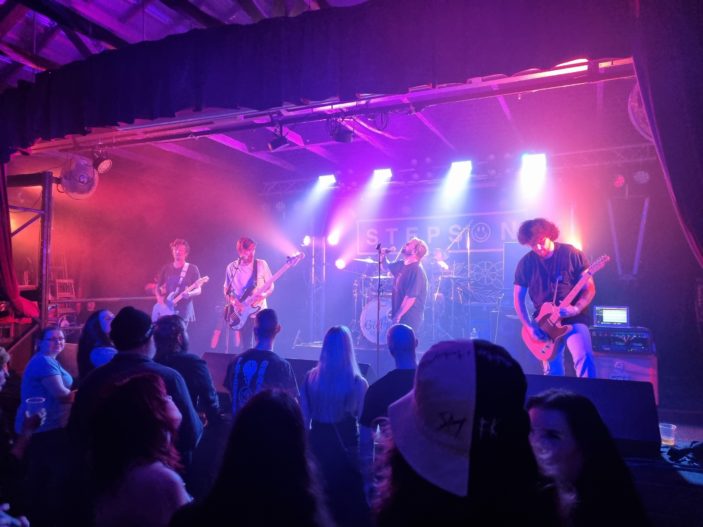 Outloved took to the stage with intriguing ambiguity before beefy guitars rang out over intricate drum patterns to set the mood. Falsetto vocals blended with grating screams and distorted picked melodies over chunky chugs put the band’s versatility on show. The technical riffs of old favourite ‘Blind & Falling’ and catchy chorus of new single ‘It’s All Hate’ satiated the eager audience, while belated drops and frontman Jaydon Colvin joining the crowd kept things interesting. Frantic passages between infectious hooks and a heavy finale with complex instrumentation made fans out of everyone there who wasn’t already. 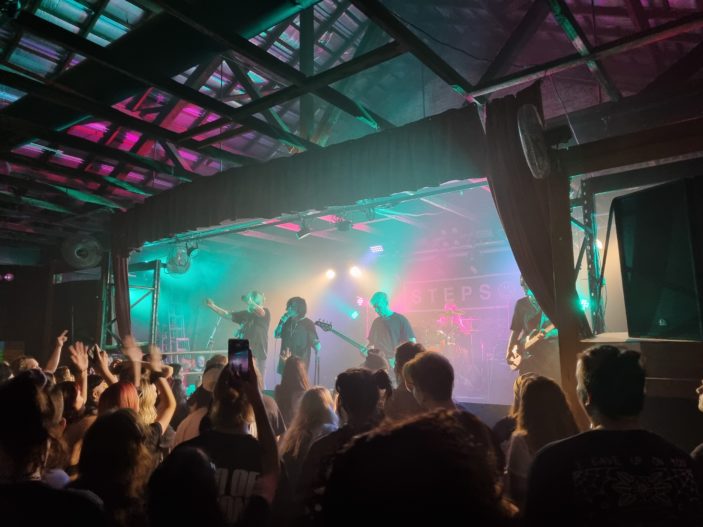 You could tell that Rumours were there to have fun and do what they love just from watching their soundcheck. The five-piece performed with only three original members, having temporary vocalist Merry Kirk-Holmes of To Octavia and drummer Chris Lalic of Windwaker stepping into the roles respectively. Nonetheless, the band brought unparalleled energy with their signature style of fast, heavy verses and pop-influenced choruses as they bounced across the stage. The gripping set included stomping single ‘Mania’ and fan-favourite ‘Paralyse’, while premiering an unreleased poppy jam which the fill-in singer apparently heard for the first time that day. 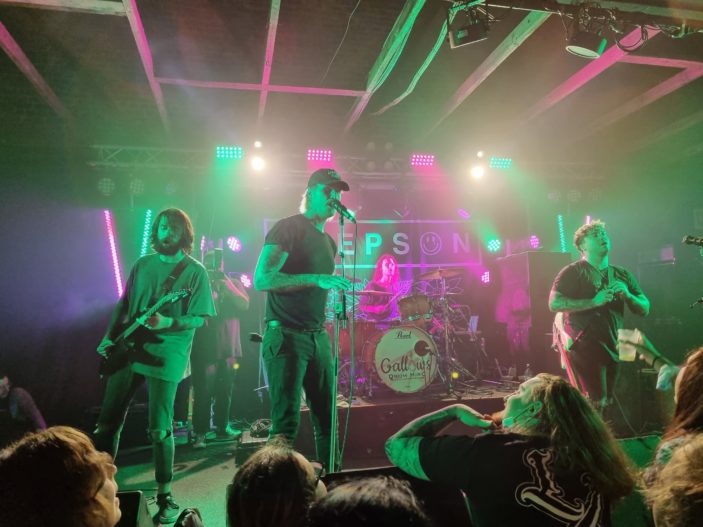 The crowd was well and truly ready for awaited headliners Stepson by the time they emerged. The band launched straight into ominous album opener ‘Learning to Let Go’ and fans pushed forward to see their hometown heroes. Frontman Brock Alan Conry’s raspy screams and bassist and vocalist Jayden Ridley’s warm vocals combined to create a harrowing yet comforting mix that so many have fallen in love with. Haunting melodies and frenetic riffs amazed for dark cut ‘The Entire History of You’, then heads were banging and fists were pumping for anthemic single ‘Run’.

Fans were later treated to one last performance of old favourite ‘Blue’ – the tour being the last time Stepson will play it live – before jumping around to upbear singalong ‘Deeper Sleep’. It was a big night for the Brisbane quintet – not only was it their first time performing the album in their hometown, they also announced that it was their last show with guitarist Robert Suthern and their live engineer’s birthday. They closed the set with the narrative classic ‘Never Mind Me’, seeing off the crowd chanting the timeless lyric “I gave up on you when you gave up on me.”

The band greeted a long line of fans at the mech desk after the show and recognised many familiar faces while getting acquainted with new names. The good vibes kept coming as punters hung around and the venue cranked out a banging playlist of 80s one-hit wonders and metalcore gems. Stepson have established themselves as one of the most communal heavy acts of the nation and their triumphant return to the live arena is a testament to the connection with their fans.

Check out Stepson’s debut album Help Me, Help You here.

Header Photo credit: Nick Hargans. Other photos by the author.