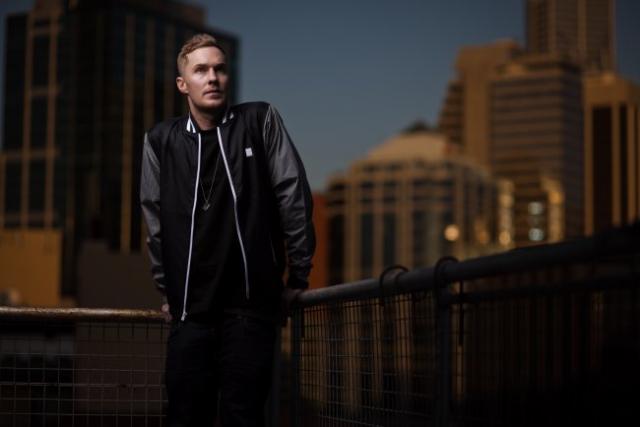 I normally don’t head to hip hop shows. After tonight, I probably won’t head to another hip hop gig for a while. For starters, it was a very cold, very uninviting night to head on out to a gig for. I had been put in a bad mood by security already (note to self: don’t say anything to big burly guys, especially if their girth is blocking a doorway), and then we head on into the venue to grab a prime spot. Needless to say, the floor of The Palace was so sticky that I literally couldn’t lift my feet off the floor to dance anywhere. I’m serious about this. Never mind, I can just nod my head to compensate for the lack of dancing.

Because of the previously mentioned weather-related issues & subsequent issues with security, I missed pretty much all but one song of Briggs. Thundamentals blasted onto stage not too long after. In a cacophony of jaunty tunes that ranged from party-esque jams to more dubsteppy sounds, the two wordsmiths showed a wide range of ability. ‘Paint The Town Red’ being a standout in their half hour of bopping around.

It may be me and my lack of attendance with hip hop gigs, but it was here when things kind of fell a little flat. I was very surprised Muph & Plutonic didn’t want to vary things up as much as their supports. There was a slight feeling of ho hum while Muph kept on rapping to tracks that seemed to be very similar in tempo and length. I started to feel the vibe around me turn seedy as well,as audience members started to get a little bit aggravated and upset for some inexplicable reason. I found myself towards the end of Muph & Plutonic’s set looking around the crowd that there wasn’t anyone staring at me for some random targeted fight.

When Drapht sauntered onto stage with his band, he had the entertainment value down pat. Varying his set up with the old – he played the track ‘Uncontainable’ from his 2003 album ‘Pale Rider’ – as well as new – like the well played ‘Rapunzal’ from ‘Life Of Riley’. He also “dealt” with Jimmy Recard, the tune he’s most renowned for, declaring him dead and resting him forever more. Kind of an interesting declaration there, but the crowd lapped it all up and responded with buzz and cheer.

There seemed to be a love hate relationship with the crowd tonight, Drapht actually stopped a song to deal with some rough punters in the crowd. For a few minutes confusion took over, as I wasn’t sure the gig would still go ahead, but sure enough it did, and the outfit rounded out the night in a very party fashion. Unfortunately the crowd just brought the night down. I found out later there was a large brawl outside the theatre, and my +1’s drink got spiked, rendering her sick for two days. While the night was fairly enjoyable music wise, the complete lack of any audience courtesy just made me feel like I didn’t want to see a hip hop show in a while, which is a shame.