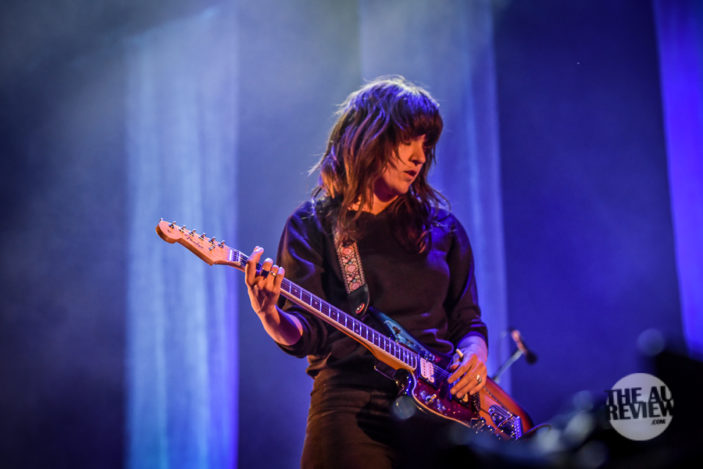 With such and incredible range of music on offer at Womadelaide, it can be easy to forget that there is much more available. HEXADECA music-making playground and roving performers entertain the families. There’s Eddie Betts story time in the KidsZone. Yoga from Human.Kind studios for the early risers. The Taste the World sessions have moved into the recently completed Adelaide Botanic High school cafeteria. ASO presents Silence daily, a meditation and symphony concert in one. Television heroes from the early 2000’s, Bush Mechanics, have an exhibition space. And that’s not to mention food and craft stalls dotted around the park, nestled between the zoo and Adelaide Botanic Gardens.

However, music is the prime focus, with A.B Original tearing up Stage 2 in the afternoon sun. Dancenorth, Townsville’s award-winning contemporary dance company, joined forces with a hundred volunteer Adelaide drummers. The red-suited dancers contrast against the blue drummers to contort and writhe to a score by Costa Hagiaglou.

It was impossible not to feel good when Melbourne Ska Orchestra is on stage. Their enthusiasm and energy is contagious and the audience responded appropriately. Over at Stage 2, Motez’ live show was a spectacular combination of powerful dance beats with a stunning light show. His 2020 Solitude EP was featured, but the overall soundscape was impressive.

Haiku Hands were crazy, exciting, pop-focused and fun. Their manic performance, tucked away on Stage 3 was loved by all. They have collaborated with artists such as SOFI TUCKER, Hermitude and True Vibenation and these influences showed. The final performance on the main stage was Courtney Barnett, who needed no introduction to the assembled crowd. Effortlessly performing her way through her incredible catalogue, Barnett was charming and entertaining.