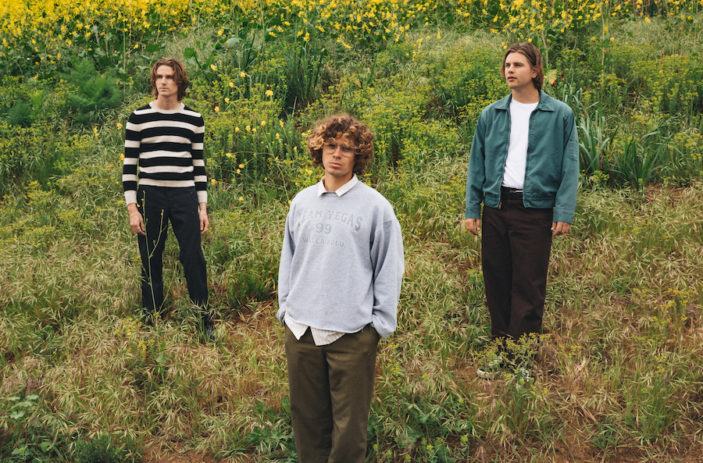 The three-piece released the aptly-titled track ‘sunburn‘ while visiting Sydney – a track that frontman Dawson Daugherty said was born from the title first.

“We just had that title and we were like, ‘All right, today, we’re writing this song. What does Sunburn Song sound like and do?’ So we just picked it and wrote the lyrics and the music,” said Dawson.

It follows on from their offering ‘cool enough‘, which begs the question of whether an EP could be on the cards for 2022.

“I know that it sounds kind of lame, but we’re just kinda writing songs. I think it could be into the next EP. I think that is probably what will happen, but yeah, there’s a slew of some songs coming so we’re hyped,” Dawson said.

Watch this space for almost monday as they bring some more warm Californian tunes into the second half of the year – fingers crossed we’ll be seeing them for a run of Australian dates in the near future.

Catch our full interview below!