Though there’s plenty of local music happening around the country, including the Great Southern Nights concert series in NSW, which you can learn about HERE, thanks to the uncertainty around the pandemic, it’s been a while since we got a major international tour announcement in Australia. But this morning that’s changed as Guns N’ Roses set dates for a November 2021 tour; their first visit since 2017, and the first band to make a stadium since the advent of COVID-19 and border closures pressed pause on touring.

Kicking off in the Gold Coast on Saturday 6 November 2021 at Metricon Stadium, Guns N’ Roses will then tour to Adelaide Oval on Tuesday 9 November before gracing the Melbourne Cricket Ground on Thursday 11 November. Next up, the band heads to Sydney’s ANZ Stadium on Sunday 14 November, then Brisbane’s Suncorp Stadium on Tuesday 16 November before Perth’s Optus Stadium hosts the final stop of the band’s 6-city Australian tour on Wednesday 24 November. 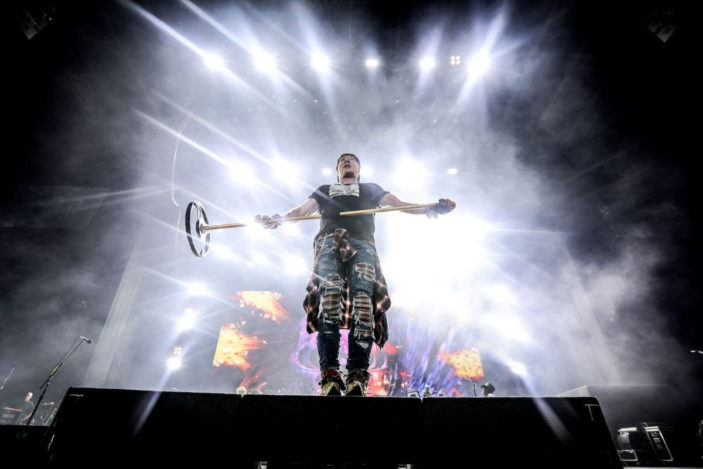 Promoter Paul Dainty, said, “Announcing an international tour of this magnitude as we come out of the most challenging year in the history of live entertainment is truly gratifying.

We’re all eager to return to business as usual and who better to lead the charge into international stadium touring than the mighty Guns N’ Roses! Witnessing the classic line-up of Axl Rose, Slash and Duff McKagan, reunited, on Australian stages during this historic band’s previous Not In This Lifetime tour was an unforgettable experience for fans and the reviews were unanimously glowing.

In 2021 Australians can look forward to the return of large-scale stadium events such as this and, let’s face it, Guns N’ Roses deliver every single time.”

Tickets go on sale from Thursday 26 November – head HERE for more details. A Telstra Plus member presale starts Monday November 23 and is open until Wednesday November 25. Go to telstra.com/music for further details.