Denver has always been known as an amazing city. Set with the beautiful background of the Rocky Mountains, the city has long been a hot bed of live music, a thriving arts scene and a welcoming area of all things culture. But one thing has been a missing, a 3-day major music festival to rival the Bonnaroos, Lollapaloozas and Coachellas.

Superfly Productions, the company behind Bonnaroo and Outside Lands, set to change that this year when they announced the first annual Grandoozy Music Festival. Set in Overland Park, a golf course just south of downtown, the organizers booked an eclectic, big name lineup together and set out to create another big time US Festival. Perhaps the biggest headliner, Kendrick Lamar kicked off Friday night with probably the best lineup by day of the festival. Here are the highlights of a very successful first day of Grandoozy. 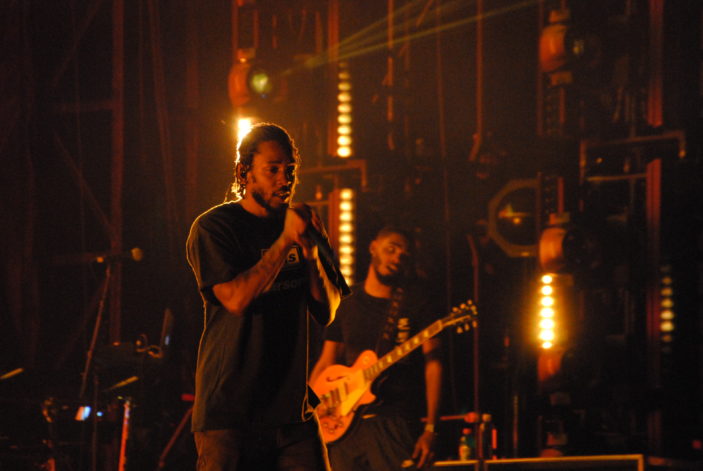 Jay-Z might be on tour playing Stadiums around the world with Beyonce, but Kendrick has supplanted him as the greatest touring rapper alive. After all, Lamar became the first rapper to win the Pulitzer Prize last year, and he deservedly so bragged about during his slightly brief 75 minute headlining set.

Many people wondered about ticket sales and if Grandoozy would hit it’s hopeful projection, but judging by the crowd at Lamar’s set they definitely overachieved. The crowd was amped and ready, and after a loud explosion and fire balls bursting on stage, Kendrick was off and running.

Lamar dug deep in his collection and played a little bit from all of his albums. His growth as an artist truly shines by the diversity of his collection, and nearly everyone in the crowd knew every word to each song, old and new.

Lamar possesses a truly remarkable stage presence on stage, which is impressive because he is kind of a small dude. But the power in his lyrics, the confidence in his swagger and his connection with the crowd make him bigger than life. He did not disappoint for the tens of thousands standing in the fareways of Denver and it is hard to imagine a better person christening a brand new festival in 2018. 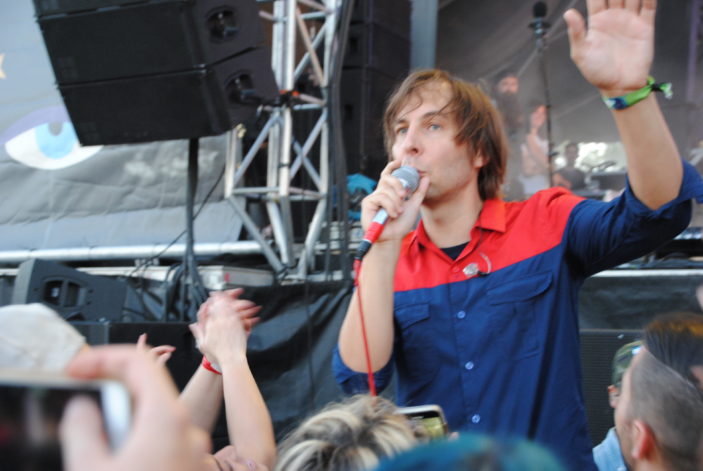 I love this band. I first saw them 8 years ago at Bonnaroo and I fell in love with their live show. The Paris rockers haven’t missed a step and provided the highlight of the day. The raw energy, incredible talent and classic singalongs elevate this show to an incredible level. Lead singer Thomas Mars is just amazing on stage. Never one to shy from crowd involvement, not once but twice Mars jumped into the crowd and sang along, climbed on top and danced with every member of the crowd he could find. This is a show I will never forget. 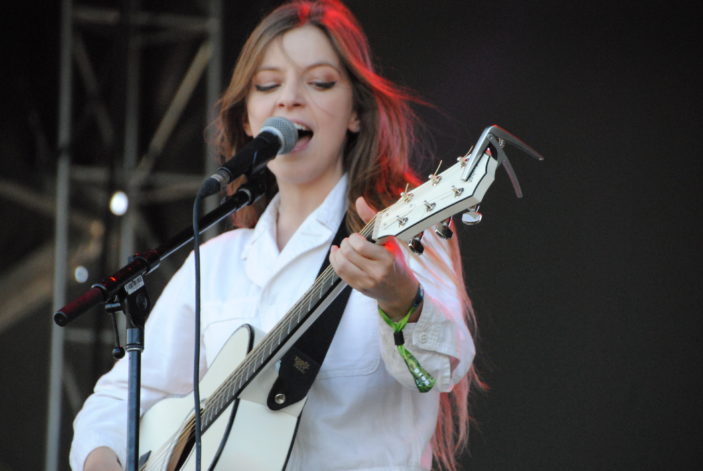 Jade Bird is my favorite discovery of the 2018 festival season. At Bonnaroo she stole the first night and my heart as she charmed and rocked her way to an incredible solo acoustic set that started off Bonnaroo amazingly. On Friday afternoon, Bird again found herself kicking off a festival but this time she had her band with her and she was just as charming, just as enjoyable and rocked just as hard. She definitely stole a lot more hearts in Denver as well.

Bishop Briggs was without her signature hair buns, but still was seen jumping and dancing on stage and rocking as hard as she always has. She’s one of the most energetic likable singers out today and her music is just as enjoyable as she is. The War on Drugs played at the perfect time of night in the perfect city for their chill, beautiful style of music. They truly showed why they are one of the best live bands today and shouldn’t be missed. Tennis was similarly as chill, but had hot temperatures and a searing sun to contend with but still provided a solid set.