South By Southwest (SXSW) Music Festival is an annual conference held in Austin, Texas, and is the number one hot spot for eyeing down your fav new artists. Mixed with a bunch of industry legends and newbies from around the world, artists perform in front of industry professionals, media and fans at venues ranging from small pubs to world renowned locations. The initiative of the event is to give the next wave of talented artists the advice, experience and exposure they need to break in to the tough industry, while punters get to watch some great performances.

Next year I propose all us hardworking people telling our bosses “sorry, I won’t be at work this week, I have to attend a conference.” It’s not lying… just twisting the truth, right?

This week, the initial 240 acts have been announced and If we want to make it a competition, Australia has outdone itself on this years lineup. When taking in to account our population, proportionately Australia has the most live showcases of any country! Acts like Stella Donnelly, Didirri and Mallrat attended last years SXSW and since then have gained huge accolades domestically and abroad. And this year, there are no less than 18 artists to find their way onto the lineup – all of whom you can find at the end of the article.

Here are just five of those acts, who we think will be making waves internationally and back home after their appearances at SXSW next year. 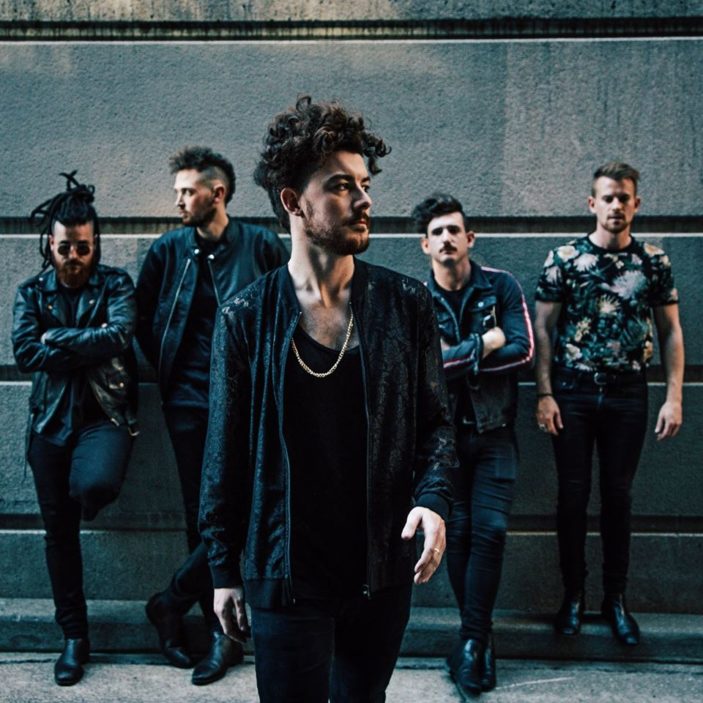 Sydney five peace, Castlecomer are catchy without being cliché or cringeworthy. These guys have already had a taste of fame with their single “Fire Alarm” peaking at number 6 on the Spotify Global Viral Chart and racking up over 6 million streams on Spotify alone. Despite this huge achievement  the band is far from a household name and their self titled debut album released earlier in October smashes any question of these guys being a one hit wonder. With something to please everyone, Castlecomer has groovy rock tracks and acoustic pop tracks, with catchy hooks running all the way through and holding the album together.

Castlecomer have been compared to The Strokes and Daft Punk and with their voice, energy and emotion i’m sure they have the capacity to be stars as well!

For more information about Castlecomer check out their Facebook HERE. 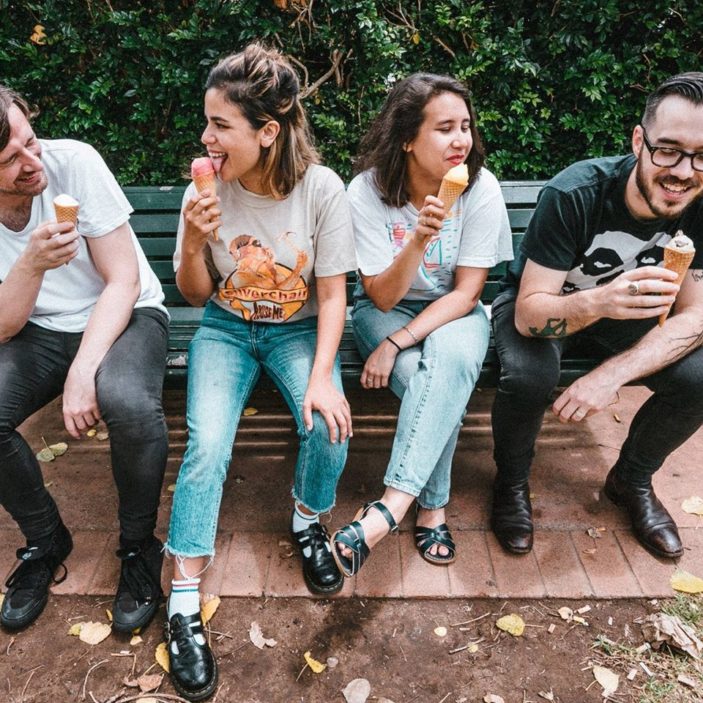 The best possible mess! Dirk, the drummer is actually a guitarist, MC, the guitarist is actually a bass player and Sweetie, the bassist is actually a violinist, so each member of this pop-punk/garage rock group had to learn how to play new instruments before they could even begin songwriting!

These guys are bringing back optimism and good times to this sort of music! Delightfully light hearted and groovy, their melodies are packed with a punch that has me hesitantly dancing in the shower as I attempt to not end up lying on the floor, naked, crying for help.

Bloods have been around since 2012 doing the hard yards round the country and perfecting their sound. Their most recent album released in August this year really shows a new production and professional side to the band that desveres to be heard.

To learn more about Bloods visit their Facebook HERE. 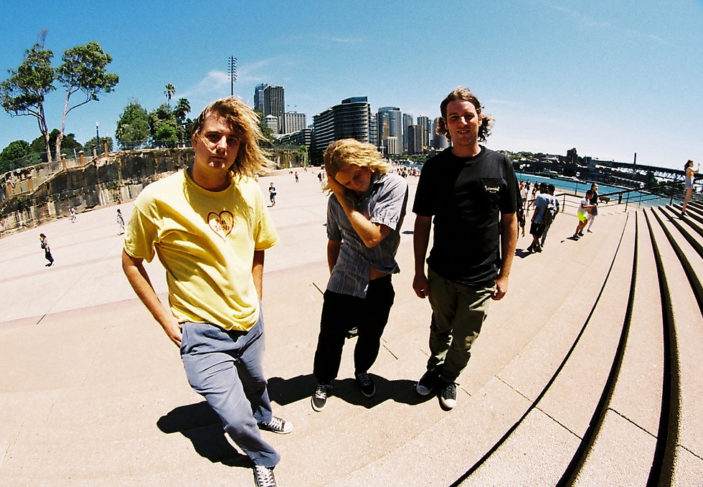 If you live in Australia and haven’t heard Skegss yet, you probably don’t have ears. These guys cemented themselves as a stoner pop festival must see a while back, but their most recent album My Own Mess has Skegss ensuring they aren’t just a backing track for guys punching each other in mosh pits. Rather, songs like “Up In The Clouds” and “My Own Mess” have a summery, reminiscent feel with strong melodies and sweet sentiments that will endure long past this summer.

A seriously Australian sound, Skegss are packing out venues round the country right now and SXSW will host the perfect chance to push their uplifting sound in to the international arena. 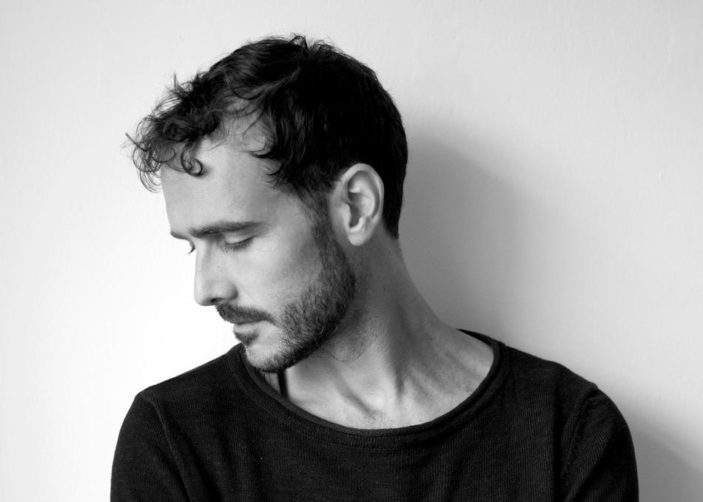 If their is any time to be to be producing left of field electronic tracks it is now, with acts like Jon Hopkins, Willaris K and Schlomo showing crowds the power and beauty of this sort of music.

Dark, vast and chilling, Acharne blends organic and synthetic sounds creating huge swirling soundscapes. In “Innocence and Suburbia” Acharne somehow manages to bring in pop-like vocals without taking away from the dour and eerie nature of the track, a huge credit to his production skills.

Mesmerizing in a live setting, Acharne’s production ability and mood controlling capacity is bound to be jaw dropping.

To keep up to date with Acharne click HERE. 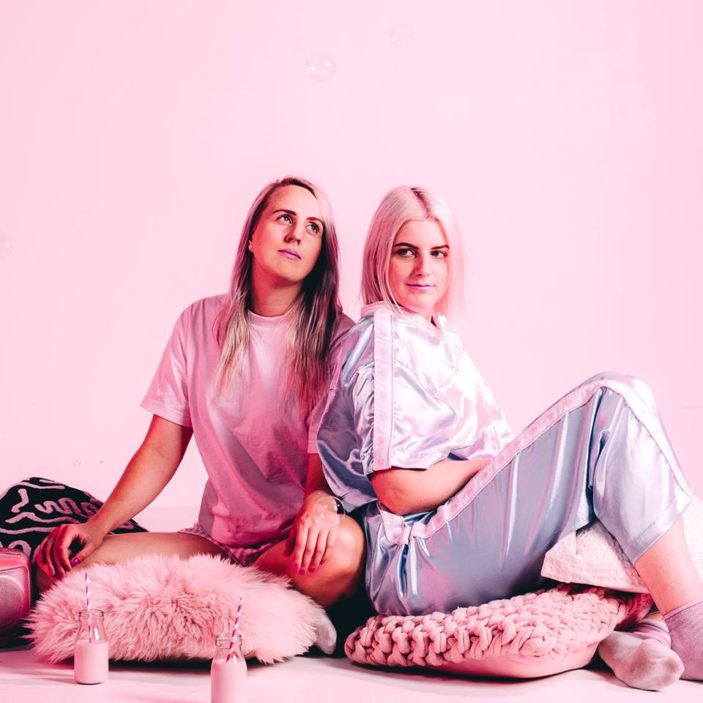 With acts like Confidence Man and Superorganism reminding us of the power of uniqueness and creativity, female Perth duo Feels are blending percussive and electronic elements in to a bright and rhythmic sound I haven’t heard before.

Innovative while still easy to listen, each song takes a sharp turn from their last, some purely acoustic, others with clean pop vocal choruses and some using aspects of spoken word to push a message of female empowerment. When spoken, lyrics like “we chose merit over gender, hope you ladies understand” really stand out without removing the catchy sweetness of their tunes.

Energetic and groovy, if these guys were a colour they would be splattered fluro pink and green all over a canvas.

To find out more about what Feels are up to click HERE.

SXSW takes place in Austin, Texas from the 8th to the 17th of March. For more info about the full lineup or to find out more about SXSW in general, click HERE.