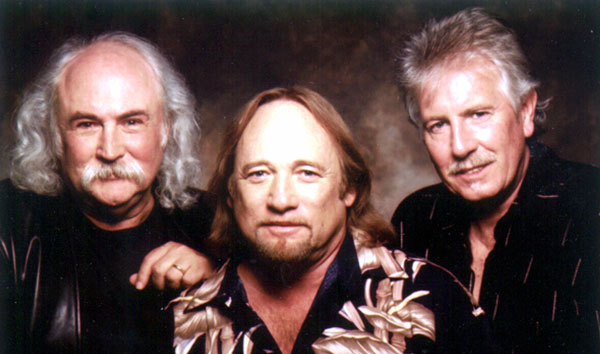 Sunday saw the return of the West Coast Blues and Roots Festival to Fremantle Park. Now in its ninth year, the festival produced a diverse line up, full of local, national and international talent. Despite the ominous rain clouds at the beginning of the day, the event went ahead with only a slight shower of rain, which did little to dampen the spirits of those in attendance.

With more energy than should have been physically possible for the time of the day, local band The Seals kick started the festival action. Having won the chance to be there only days before, the band made the most of their chance and played as many songs as possible in their twenty minute set. They impressed the modest crowd with their high energy and raucous tunes. With some stirring fiddle, banjo and mandolin getting the odd person dancing, which is no mean feat that early in proceedings.

Following them onto the Big Top stage were fellow locals and veterans of the Perth music scene The Zydecats, who were joined by Lucky Oceans on guitar and pedal steel. I only managed to catch a little bit of their set before venturing out to the other stage, but what I heard was upbeat and solid. Featuring some impressive guitar work from Oceans and some nice saxophone darting around the mix.

It was then across to the main stage for local lady of the moment, Felicity Groom. Fresh from the release of her debut album, and touring with John Butler, Groom put on an impressive performance, proving to a growing crowd why she’s one of Perth’s best performers. “Finder’s Keepers” was an early highlight, whilst “Trophy Talk” proved an inspired set closer with the majority of the crowd joining in on the hand clapping.

It was then time for Gin Wigmore to take to the stage; the kiwi songstress took no time at all getting the audience on side, with a bit of banter and great songs. There was a little bit of technical difficulties at the beginning of “Devil In Me”, causing Wigmore to go back and start all over, but beyond that you couldn’t fault the performance, with the new material sounding great, especially the aforementioned “Devil In Me”.

After a few sound checking delays Steve Earle strode onto stage and launched straight into his set, opting to play rather than talk and interact with the audience repeatedly. He varied the set content mixing old and new material to great effect. Despite it being only Earle and his guitars, he undoubtedly held the attention of the majority in the crowd; with more than few ageing rebels getting right into it. “Copperhead Road” and “The Galway Girl” were just two highlights amongst many.

Back across in the Big Top Portland Alt Rocker’s Blitzen Trapper were putting on an impressive set, their mix of country and 70s rock winning them a heap of new fans. It was an energetic performance, with both audience and band feeding off each other, creating a great atmosphere. They were definitely a band that genuinely seemed to enjoy being up on stage and playing for people. I went and saw the band largely on the whim, and left well on my way to becoming a fan.
Keb Mo was just closing out his set on the main stage, as I made my way back there, and it really did sound fantastic. Based on his performance you’d find it hard to believe he was in his sixties. Crisp clear guitar dominated along with soulful vocals, which held just a hint of contemporary RnB. He drew an impressive crowd, though there were undoubtedly some trying to get a good spot for the upcoming Crosby Stills and Nash.

Crosby Stills and Nash (pictured above) was undoubtedly one of the draw cards of the festival; one of music’s greatest partnerships, and a band steeped in rock and roll history. For many it was undoubtedly a nostalgic moment, a trip down memory lane, a chance to hear the songs that maybe provided the soundtrack to their youth. For me it was a chance to see “legends” in action. Though I must say I was a little disappointed; whilst they continue to play with a great deal of verve and enthusiasm, I felt that at times the vocals weren’t up to scratch, which is unfortunate for a band famed for their crisp and beautiful harmonies.

I’m not sure if it’s necessarily that they can’t hit those notes anymore, or whether it was the result of a rushed set up. Though evidenced by the repeated applause there were however many in the audience who were definitely enjoying it. Stills’ “What It’s Worth” was the highlight for me, though, “Love The One You’re With” and the closer with Steve Earle were also up there.

Back across in the big top New Orleans multi instrumentalist Trombone Shorty and his band Orleans Avenue were putting on a stellar performance. Unfortunately I missed the beginning of the set, but if it were anything like the close it would have been spectacular. Shorty and his horn section were blasting out solo after solo; really showing off their musicality and sheer ability. Energy levels were high this point, and reached fever pitch with each wailing solo from Trombone Shorty. Perhaps most impressive, was the fact that for the last jam, each and every one of the band members swapping instruments. A move that saw Trombone Shorty, relinquish control of his Trombone and disappearing behind the drums.

I caught the tail end of The Specials whilst waiting for John Fogerty to take the stage. I can’t say that I am overly familiar with their work, and only know a little about them. That being said they didn’t really match my expectations, I was thinking they were going to be considerably more upbeat than they were; I did however enjoy what I heard. And it would appear that for many in the audience it was worth the thirty-year wait.

Headlining this year’s festival was John Fogerty, back at the festival four or five years since his last visit. In that time a few things have changed, the festival has moved venues, and Fogerty has changed his backing band. One thing that has stayed constant however, is his relentless energy once he gets up on stage. It’s a bit of a cliché but there really are bands and performers over half his age that put less energy into their performances. He kicked off his two hour headline slot with a track by track performance of Creedence Clearwater Revival’s Cosmo’s Factory, a record which featured quite a few crowd favourites including, “Travellin Band’, “Run Through The Jungle” and a fantastic rendition of Marvin Gaye’s “I Heard It On The Grapevine”.

The second hour took the form of a largely greatest hits set with the odd cover chucked in for good measure; in this case an impassioned version of Roy Orbison’s Pretty Woman, replete with growls. Other highlights included “Centrefield” (which say Fogerty bring out his baseball bat shaped guitar) and crowd favourites “Rocking All Over The World” “Bad Moon Rising” and “Fortunate Son”. All in all it was a fantastic performance, and a more than fitting way for the festival to draw to a rocking close.