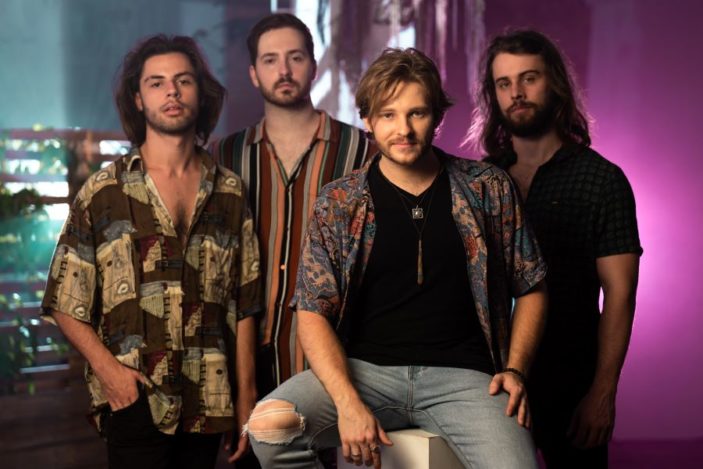 The band is the musical project for Brisbane musician Daniel J. Lewis. There is a rotation of rising and accomplished musicians to translate Lewis’s vision to the stage and studio. It also has a psychedelic feel to it. The track “Delirium” in particular reminds me of Ocean Alley. The track was produced by Nathan Cornacchia.

It’s no surprise that the band has resonated so well on the live scene. They’ve supported artists such as Fat Picnic, Golden Age of ballooning, Ian Moss and Kate Miller Heidke as well as slots at Rock the Bay and Wynnum fringe festival. Their launch gig for the EP at Black Bear Lodge last month was sold-out.

The video was directed by Vanessa Van Dalsen of Vivid Visual Co. It starts off with a worker clearly fed-up with the humdrum of office life, blazing away to escape the monotony, and finally finding salvation in music. It’s beautifully shot.

Delirium is out now on all platforms. Limited-edition vinyl can be purchased HERE