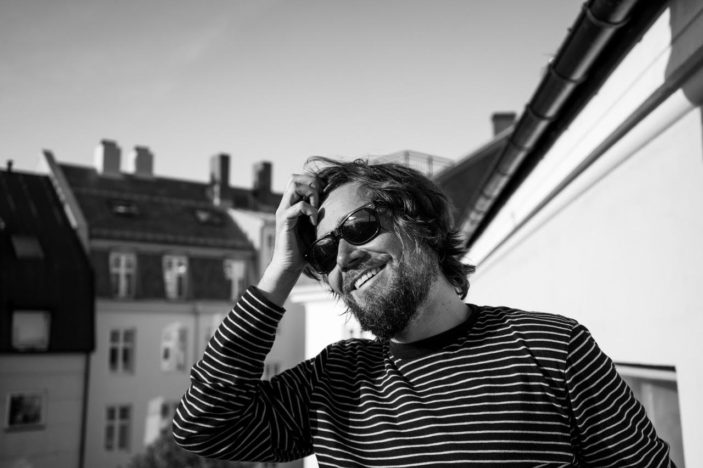 This week sees the release of “Cone of Shame”, the third and final single from Velcro Dog’s forthcoming debut album, Misanthropology. Ahead of its official release tomorrow we’re pleased to bring you this exclusive first listen to the dark and folksy track.

The emotive track is a stripped back affair, with a minimal acoustic arrangement offering accompaniment to the plaintive and affecting vocals. This sparseness extends to the lyrics too. It’s a song that is made more powerful and impactful by its simplicity and directness. It’s mournful, introspective and steeped in the traditions of folk and country music. It may be considered quite gloomy, but there is also a lot of beauty here. This is what Velcro Dog had to say about his latest single:

“An important goal when writing my debut album was to be as honest as possible, and “Cone of Shame” is definitely one of the more personal songs on the record. It’s a dark and folksy track that deals with being trapped in the throes of depression, of dwelling in the eye of the storm. But it’s also about getting help, of acceptance and learning to live with it.”

Click play below to hear “Cone of Shame” before the official release tomorrow.

Velcro Dog is the solo project of Norwegian musician and songwriter Tony Gonzalez (Barren Womb, Oma Desala, Twin Serpent). The project was born from a need to deal with ghost, both old and new, and has been labelled by some as fjord noir. Misanthropology, the debut album from the project, is set for release on October 7th through Westergaard Records, with production from Ole Spangerud.