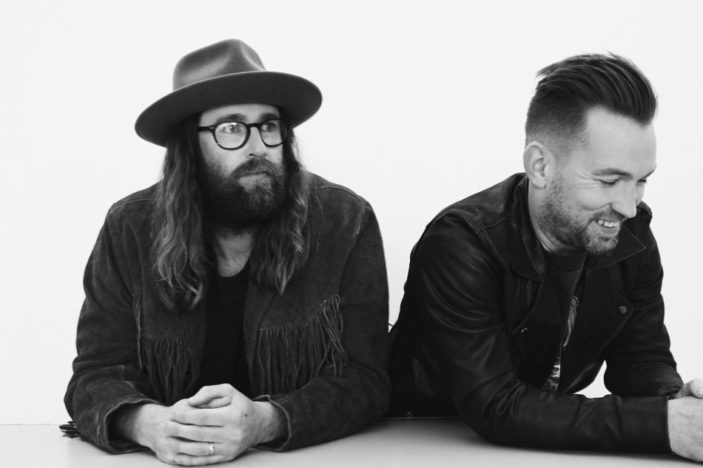 “Rarely Never Loaded” is the debut track from Sydney duo, Racing Birds, and we are thrilled to be premiering it today. Comprised of accomplished and established songwriters Bobbie Lee Stamper and Jeremy Strothe, the pair have created an emotive alt-country guitar-driven track, that has a heady nostalgic feel for Southern California of yesteryear. The track is the first off their forthcoming EP, Lonesome Blue.

About the track, Jeremy writes:  “I think we were still in Bob’s garage when we started working on ‘Rarely Never Loaded.’ I was playing back a voice memo of the writing session and I heard Bob’s swampy lead guitar hook that eventually became the biggest part of the song. Once we got our heads around that it all came together pretty quickly. Shakers, tambourines, kick drums, hand claps etc. I was reading about the Hells Angels in the ’70s and looking at some old photographs while I was finishing off the lyrics for the song. There was a particular photo that I found of a girl waving her hand around with a cigarette that inspired the character in the song.”

The pair kept the production honest, playing the multitude of instruments and percussion themselves. Bobbie explains:  “Everything was done with just the two of us, a couple of guitars, a laptop and whatever we could find around the garage to bang on. I didn’t have a proper studio at the time so we set up in the front half of my garage, and there was a sheet hung up to hide the lawnmower . . . you could see daylight coming in through cracks in the walls, there were possums walking around in the rafters at night, and it was either boiling hot or freezing cold depending on the weather. But we used that DIY feeling to give the record a bit of edge and energy. I tried not to use many samples or edit the takes much.”

“Rarely Never Loaded” has a classic rock ‘n’ roll feel to it, swampy guitars, some blues, handclaps, shakers and more, all packed into two minutes and twenty or so seconds. Jeremy’s vocals are passionate and combined with the bluesy guitars they have created a sound that is warm and familiar and pays homage to some of the greats of early American rock.  This is a cracking tune to start your day.

“Rarely Never Loaded” will be released on Friday 25th March. In the meantime, enjoy our premiere.