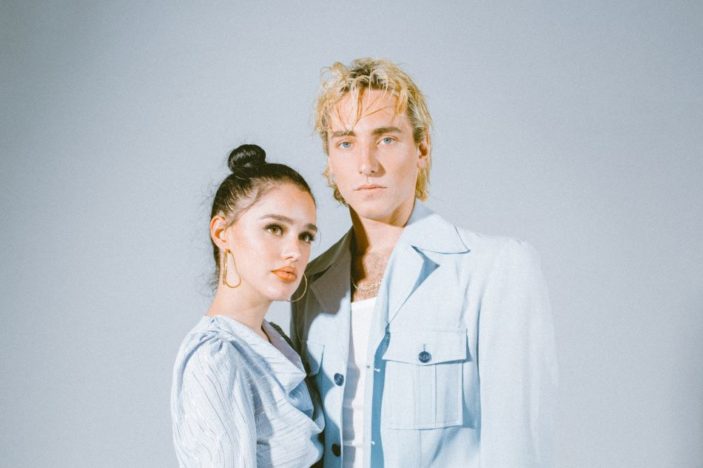 Melbourne duo Eternal Crush are about to release the title track off their upcoming EP, Heavenly Body. The band consists of singer/songwriter Joey Jean and guitarist/producer Jackson Holliday (Northeast Party House). Meeting at a party, discovering a shared love of New Order and The Stone Roses as well as being neighbours, led to them starting a band, and hence Eternal Crush was born. We are excited to be premiering the song and video for “Heavenly Body” today.

“Heavenly Body” is a beautifully lush track, with many layers and features the enchanting vocals of Jean. It’s no surprise that is was produced by one of the best going around, Gab Strum (Japanese Wallpaper). The track shows elegant restraint, nothing feels forced, the smoky vocals are heavenly indeed. The video has the same high production values to it – it has a lovely dreamy ethereal style to it.

Joey describes what the track means to her “I had always liked the term ‘Heavenly Body’ for a planet or a star. This song was written for fun, something we laid down very quickly. I think it’s simple charm and strong beat is what makes it.”

The video was directed by Ben Blennerhassett and Zachary Perez. Blennerhassett was also the director of photography. The first assistant camera was Anthony Salpietro. The production assistant was Cheyann De Jong and styling and wardrobe handled by Eryn Crowl and Brittni Morrison.

The band released their first track, “Lucifer” mid-last-year. Since then they played their debut show, which sold out, at Workers Club, and finished the year off playing at the Corner Hotel with Miami Horror. Eternal Crush is definitely a band to watch out for in the future – I’m keenly awaiting the release of their EP.

“Heavenly Body” will be released on all platforms this Thursday, 15th October 2020. In the meantime, enjoy this beautiful song and video below.