Exclusive Album Premiere: The English Rain – Echoes of You (2020) 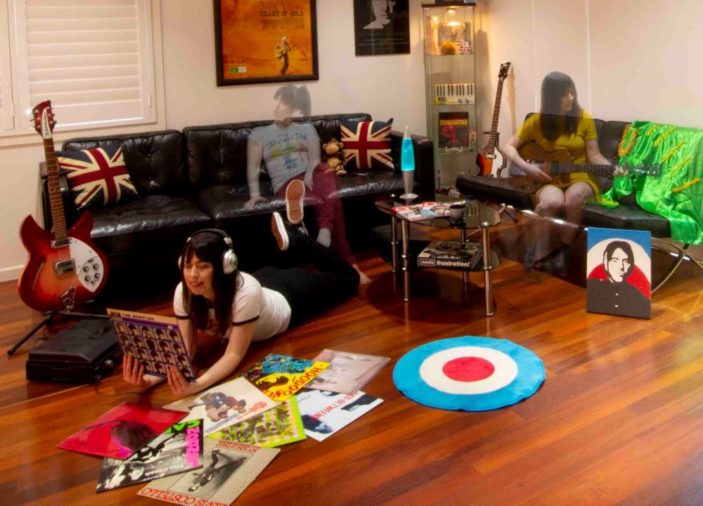 Today we have the premiere of the long-awaited debut album, Echoes of You from Brisbane band The English Rain. It’s hard to believe that it’s taken the band this long to put out an album, given the depth of their catalogue. The English Rain was co-founded by Steve Boom and Neil Steward who met in 1983 and played in Brisbane bands such as Nightwatchman and The Psychotic Iguanas.

Their music is influenced by The Beatles, The Jam and Tom Petty. Sweet melodies, jangly guitars and beautiful harmonies run through this album. Fans of The Beautiful South and The Head and the Heart should dig this album as well.

The band called on other artists to collaborate and share vocals, including Alister Bell of Speedstar, Hayden Andrews of Cheap Fakes and upcoming alt-country artist Cassi Marie.  Boom wrote or co-wrote all the songs on the album, and Boom and Steward played a sweeping range of instruments, including guitars, piano, bass, synth, string arrangements and more. Jason Millhouse also got involved, with additional bass, guitars, drum programming and percussion.

Boom told the AU exclusively:  “We wanted to deliver an album featuring different genres but that would still resonate with people. The overarching theme of the album is memories and echoes of people and relationships. People who have left a relationship or passed on, and yet their presence can still be felt. I think this is something that we all can relate to as it’s quite a universal theme. One aspect I am most proud of was working as a collective rather than a traditional band. Having someone who was just focussed on our artwork and videos etc played as much part in this album as did those who actually played and sang on the record. It became a project of creativity from so many different sources.”

This is a really classy album. It’s thoughtfully curated, meticulously produced, and features beautiful melodies and harmonies. It’s ladled with warm hooks and it deftly crosses genres, from pop to alt-country to blues. From the sweet harmonies of “Missing You” to the dirty blues of  “Swamp Girl”, this album delivers in spades.

Do take a listen of Echoes of You from The English Rain. It will be released on all platforms on the 25th of September 2020. Physical CD’s can be ordered from their website.