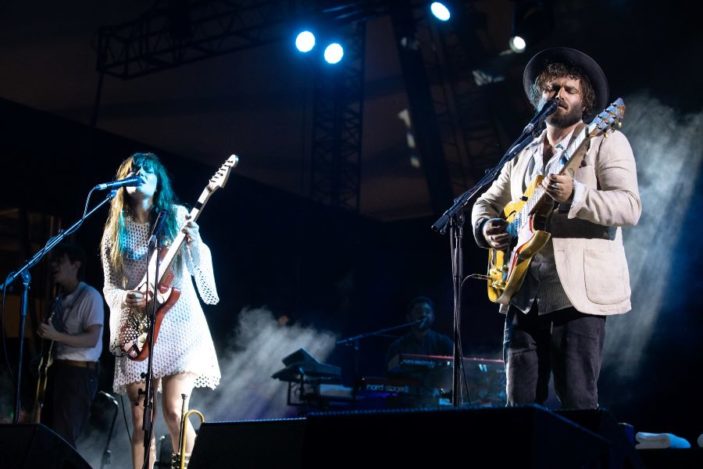 Angus & Julia Stone and Ben Harper will co-headline an all-star line-up at the SummerSalt festival that will hit iconic locations across five states in late January and February 2023.

Supporting the co-headline acts are Canadian act City And Colour along with The Rubens, Middle Kids and Alex The Astronaut across eight dates from January 27 to February 12.

Zaccaria Concerts & Touring announced the return of the family-friendly SummerSalt, with tickets on sale on Thursday 13 October 10am AEDT via Ticketmaster.

Californian singer-songwriter Harper has a long affinity with Australian audiences, with his mix of blues, folk, soul and rock resonating Down Under, with hits including “Steal My Kisses”, “With My Own Two Hands” and “Diamonds On The Inside”.

The co-headline inclusion of Aussie sibling duo Angus & Julia Stone comes after they released their sixth album, and first in five years, Life Is Strange last year. The popular pair have a long list of smash singles, including “Chateau”, “The Beast” and 2010 Triple J Hottest 100 winner “Big Jet Plane”.

Tickets on sale Thursday 13 October at 10am AEDT
Tickets are available at: www.ticketmaster.com.au