Bec Sandridge shares the top seven moments of her career (so far!) 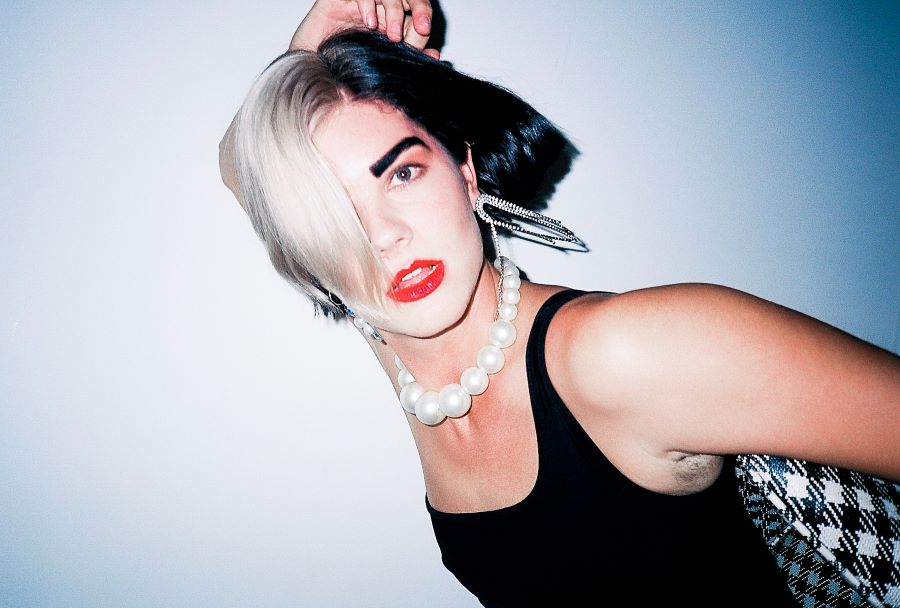 AU favourite Bec Sandridge has today released her Lost Dog EP. It’s five tracks of lush indie-pop and is as accomplished in her guitar-pop as with the electronic forays that feature as well.

The EP features her latest single, “Easy To Go Bad”, a personal, intimate and brooding track, of which Bec writes: “This one’s about the trick of nostalgia. It’s far too easy to go back to something that feels like home… Nonetheless, this is potentially my favourite on the EP. For me, it embodies that disgusting feeling of being trapped in a stuffy-car, all day, with a stomach ache.”

The EP follows on from her 2019 debut LP, Try + Save Me. That album featured the track “Stranger” which was awarded second place in International Songwriting Competition Unsigned Category judged by Tom Waits, Dua Lipa and Chris Martin.

And why is it called Lost Dog? – Bec explains “I was a bit of a lost dog, myself and I also lost my dog. This EP is a snapshot of that time. The goal was to take time and write my best songs to date… On my debut record, I felt that I hadn’t gone as far as I could in terms of angularity and the whole gloss-pop thing. I wanted to really sit in that pocket… To me, this lot of songs feels like driving into a sunset, no sunglasses, with an ache in the pit of your stomach (potentially a hangover): it’s sickeningly beautiful, temporarily blinding and also, signifying the end of a big ol’ chapter.

In keeping with the dog theme, Bec will be launching the EP tonight at Vic On The Park in Marrickville. BYO dog! They will even have some rescue dogs at the gig to take home, so it might just be one of those gigs that keep giving. From 6 pm.

I first saw Bec in concert in 2012 at the Oxford Art Factory, supporting Husky, and have followed her career with interest since. Bec has given the AU her take on her career highlights thus far, so do read on.

1. Playing with Missy Higgins at a local Wollongong fest! I’d grown up listening to her and had a pretty beaut / full circle moment when I saw she was watching side of stage. A gay gal can dream!! 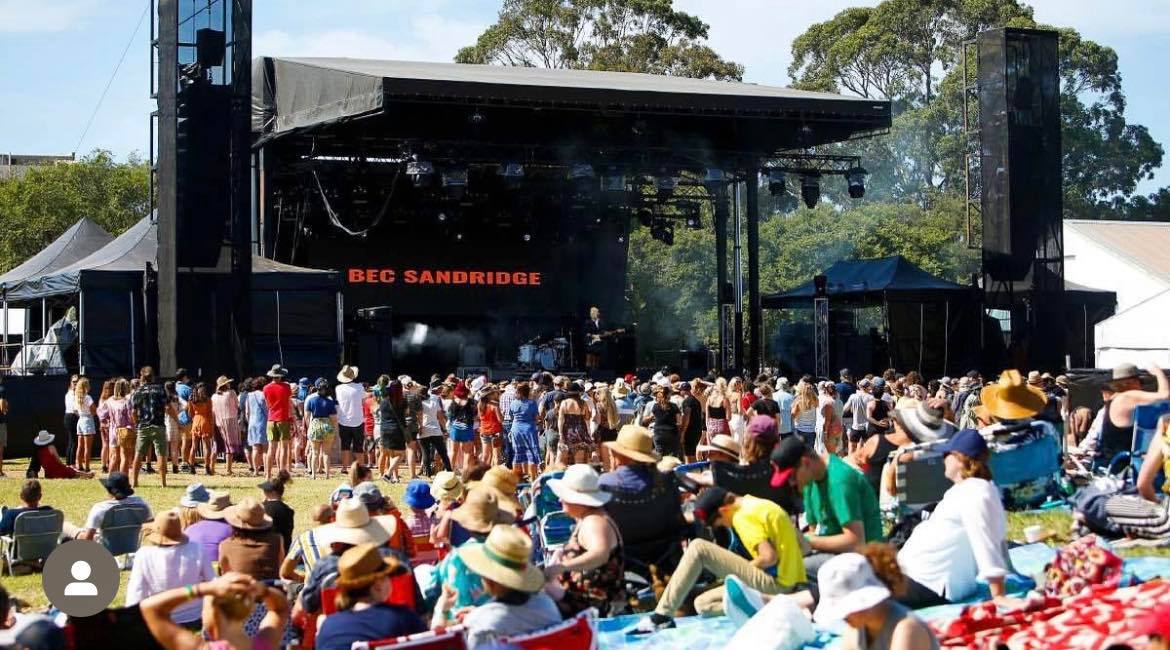 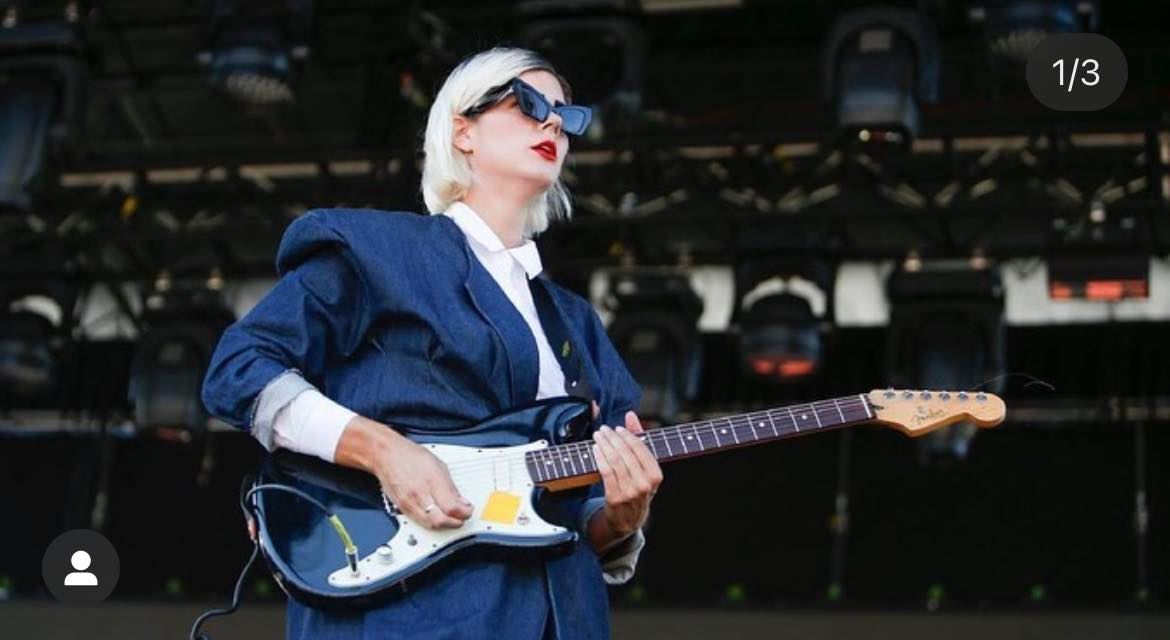 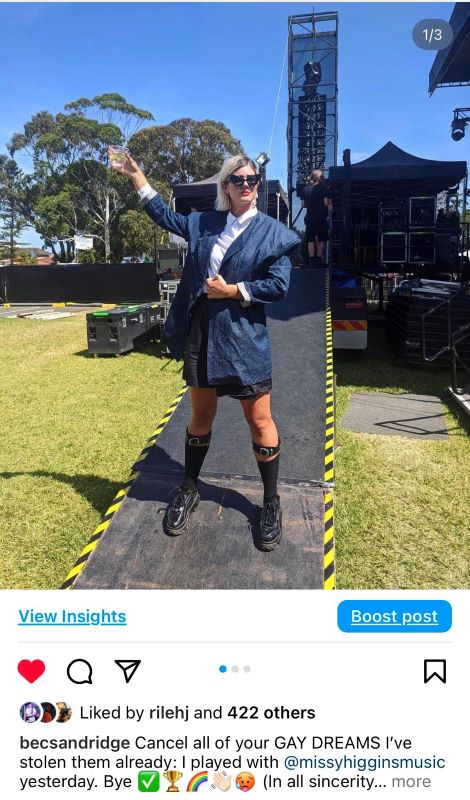 2. Work with Giulia McGuaran. I’ve worked with Giug on almost all of my ~serious~ press shots. She really helped me execute my visual vision for this whole BS project. She shot my album art, eyes wide, animal, high tide, the jetty… ALL OF THE HITS!! Haha… 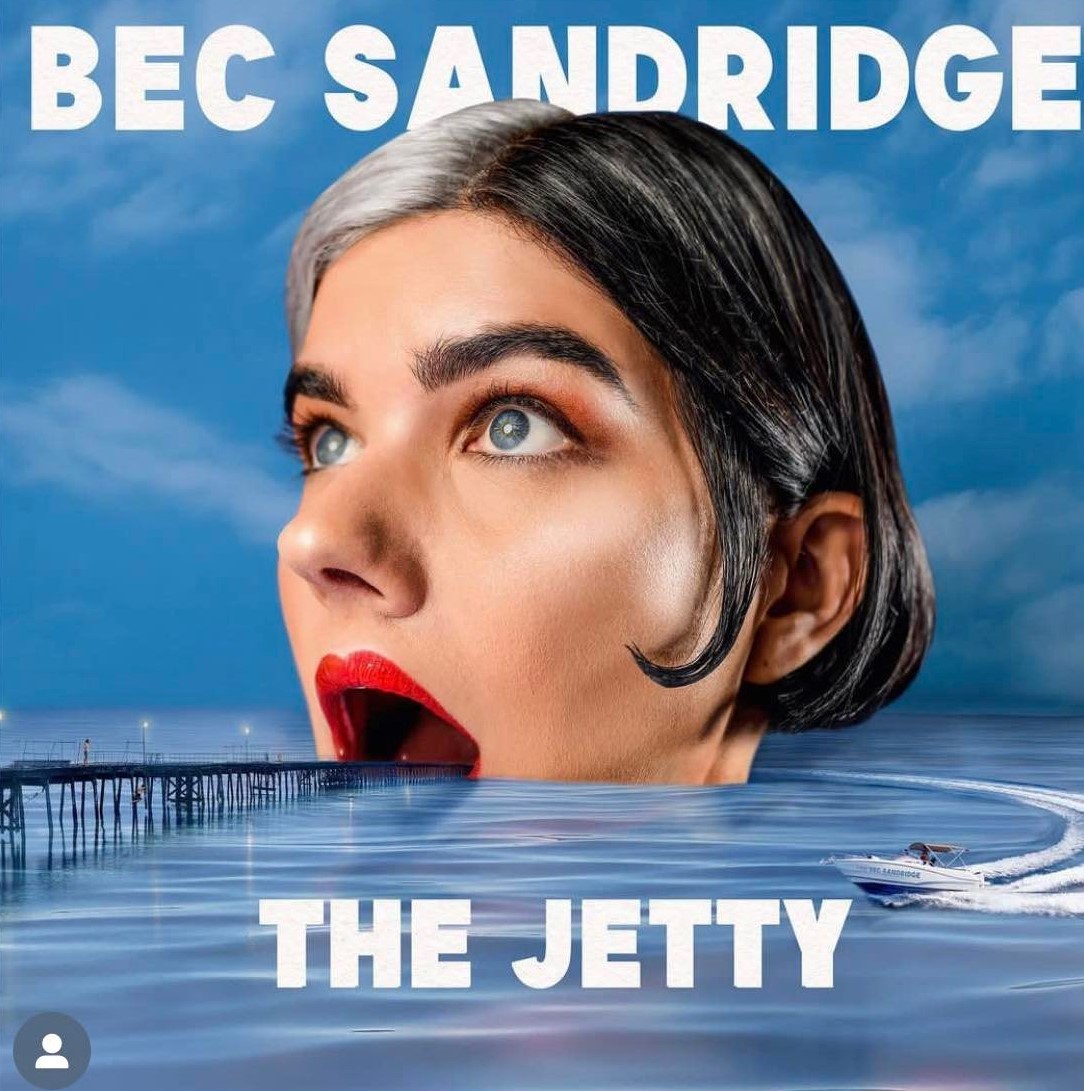 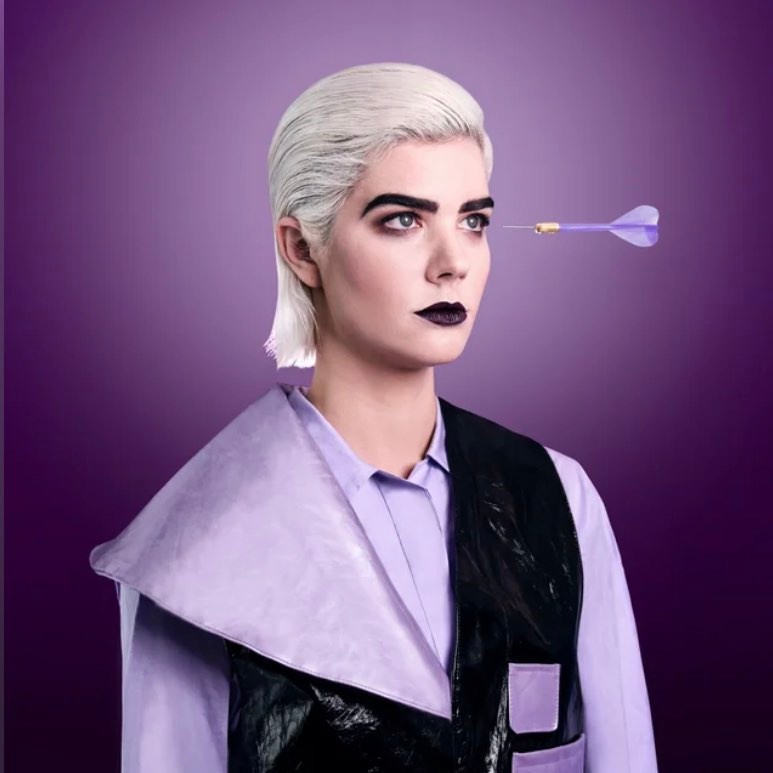 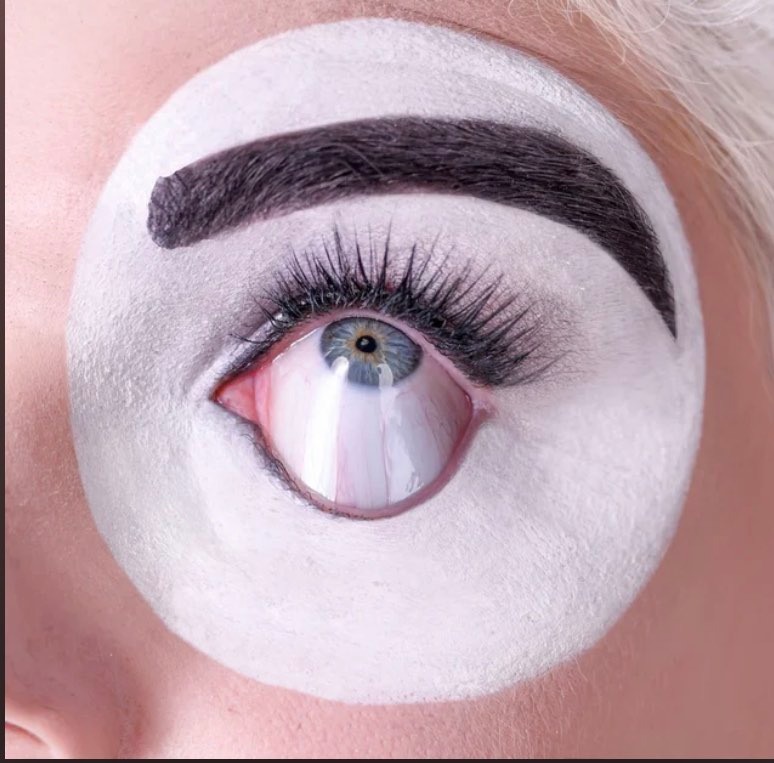 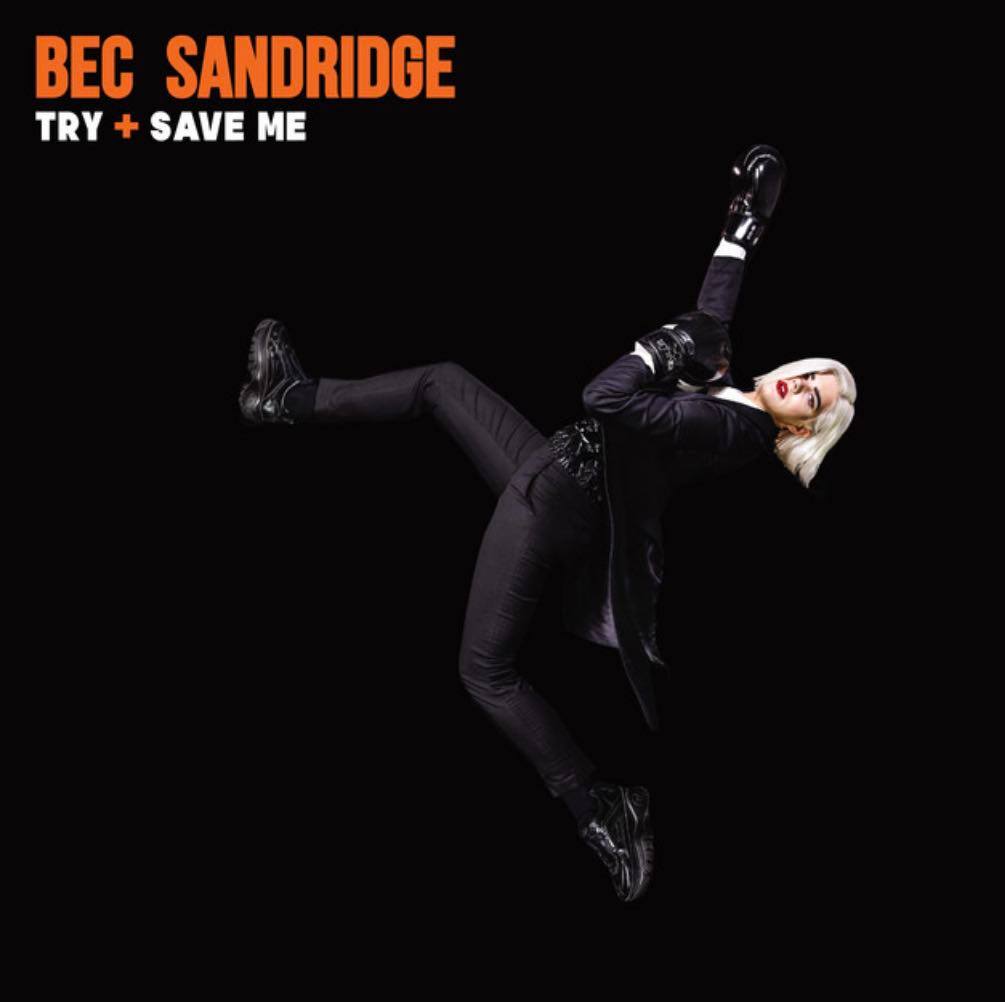 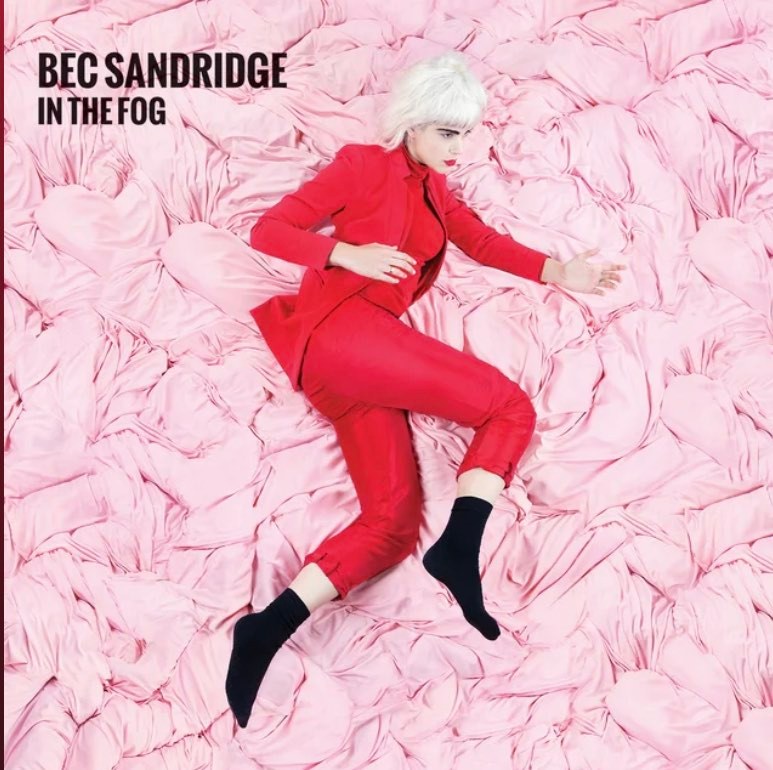 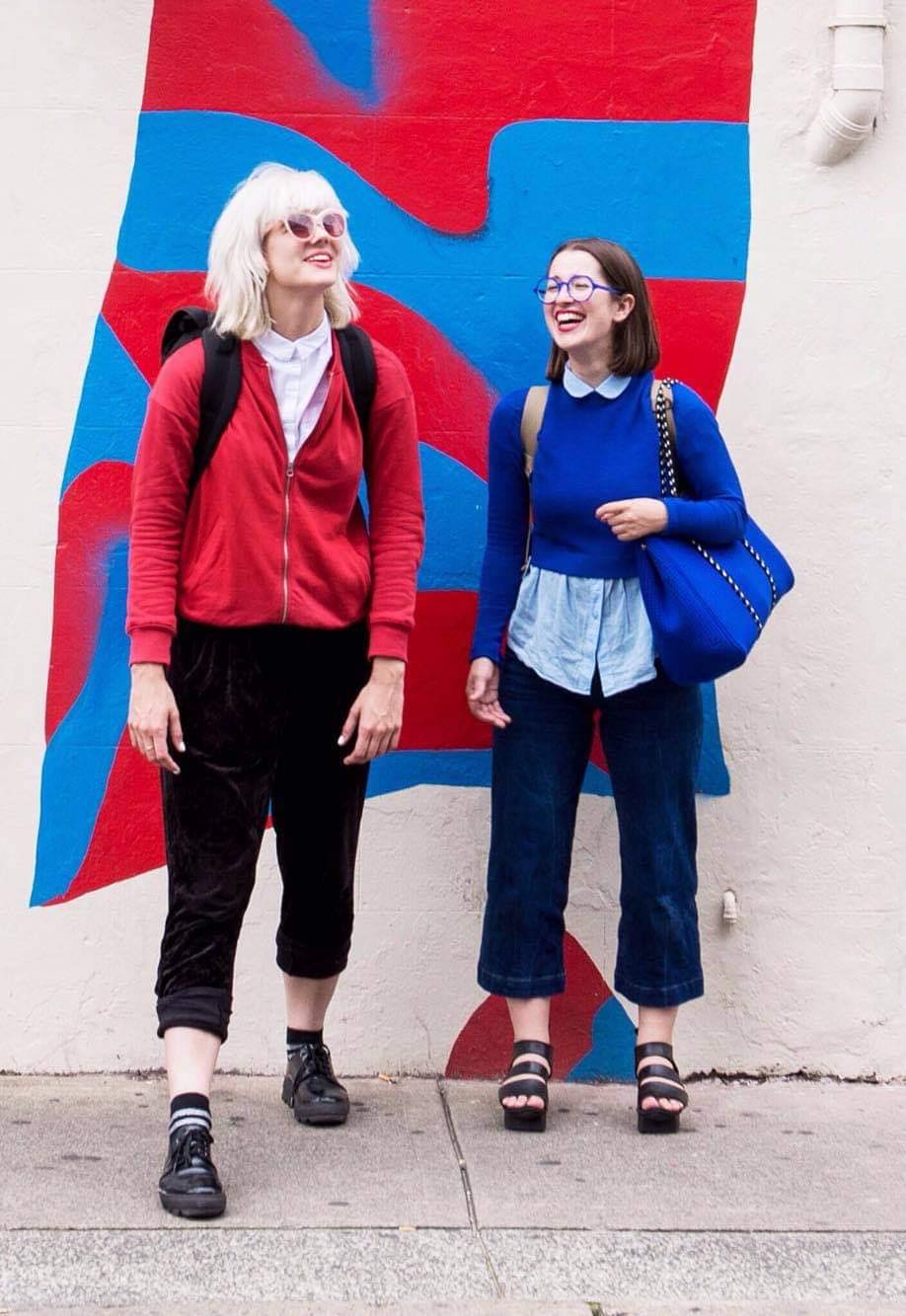 3. Coming second in the Unsigned Category for the International Songwriting Competition. It was honestly such a shock to even be shortlisted!! Dua Lipa, Chris Martin, Tom Waits and so many other absolute RIPPERS judged it – I still have to pinch myself that, that was a thing that happened!! 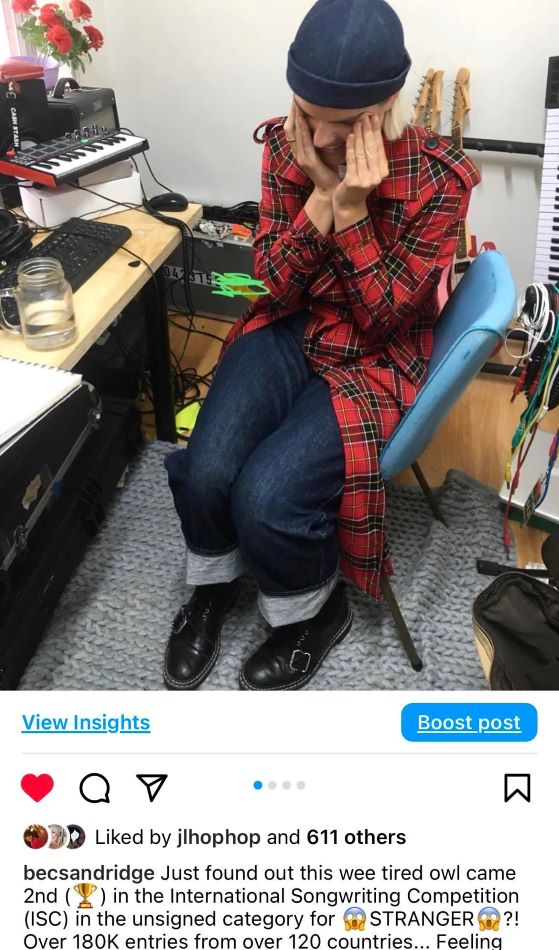 4. Playing Sydney Mardi Gras, Gaytimes, Fair Day and all of the BEST gay events in Australia before the pandemic hit!! Honestly, I couldn’t have asked for a better, gayer run of shows before a lockdown of 3 years hit!!

5. Touring w Mitski in Australia was pretty darn slick. M, Casey and Patrick were all angels and I’m just such a huge fan of what she does. We played Oxford Arts Factory and Howler which are two of my favourite Australian venues also. (note from Bruce – I reckon the photo from the OAF is from Bec’s 2017 show – as I was there, and I can see myself in the photo!) 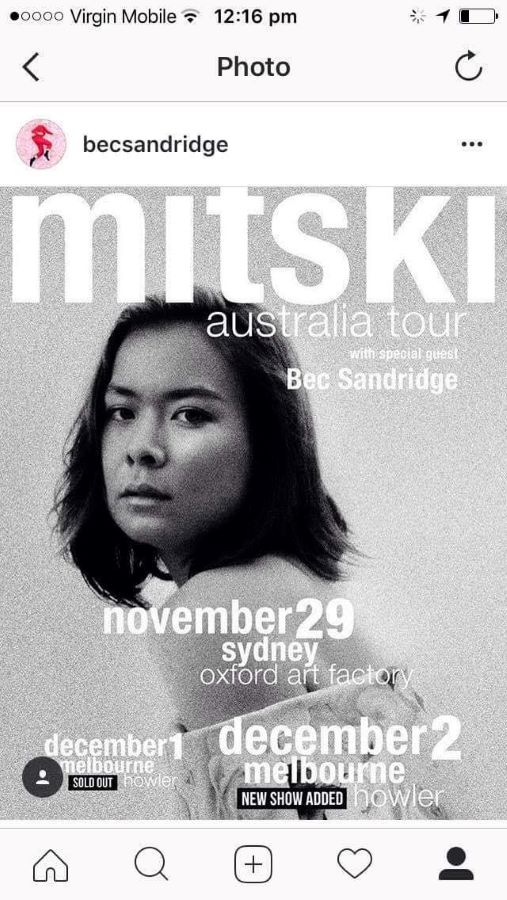 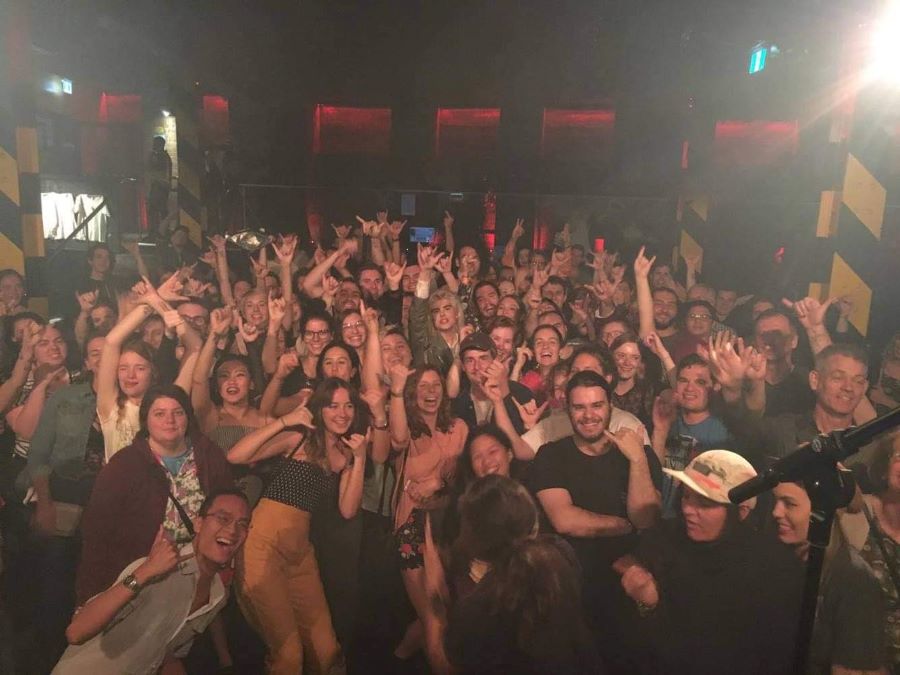 6. Releasing a debut album TRY + SAVE ME and my manager made a cake with my face on it to celebrate. 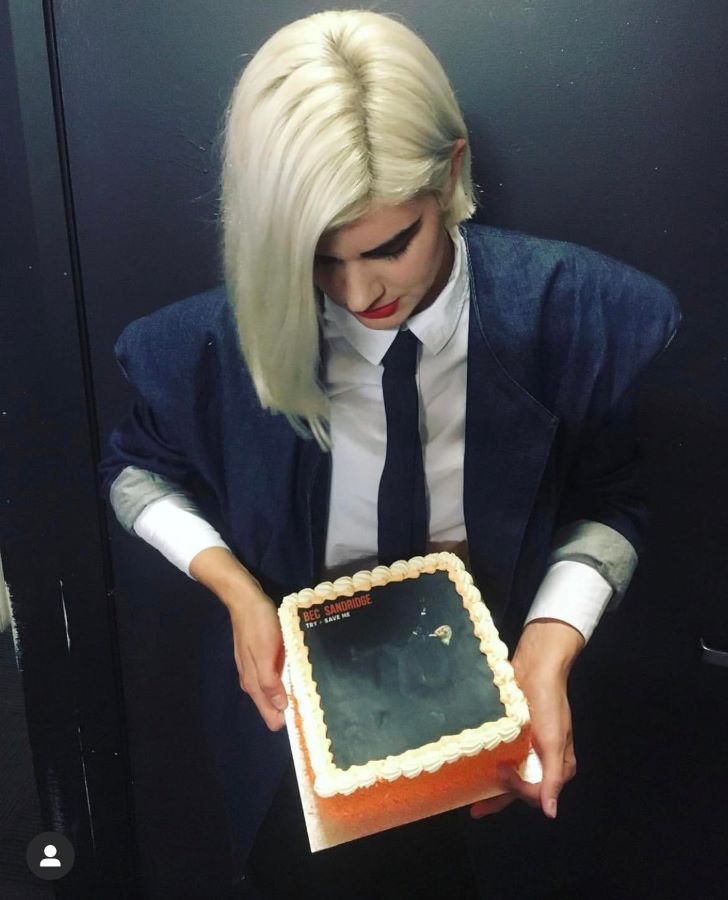 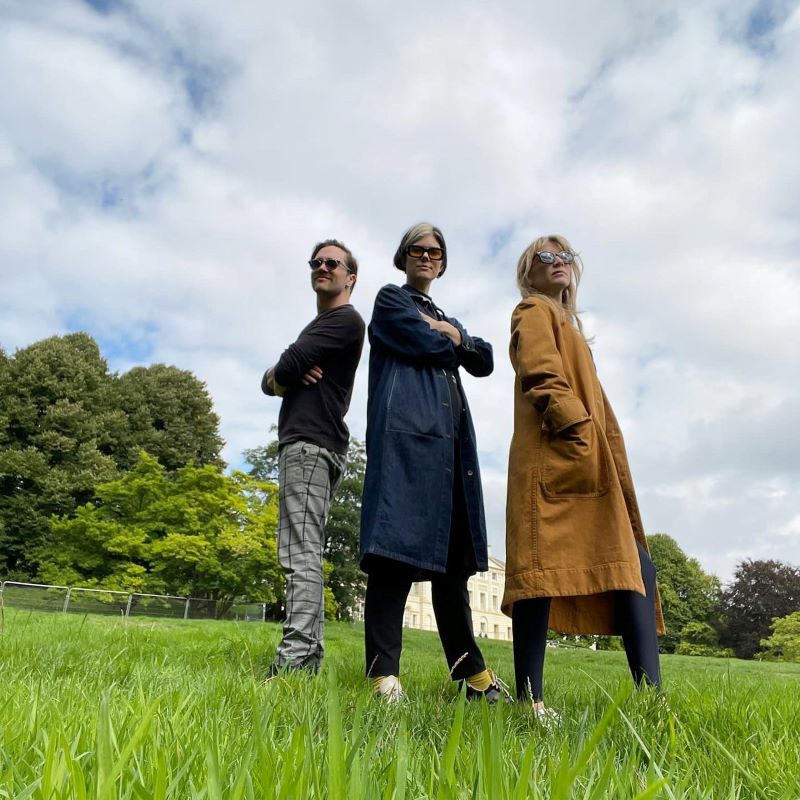 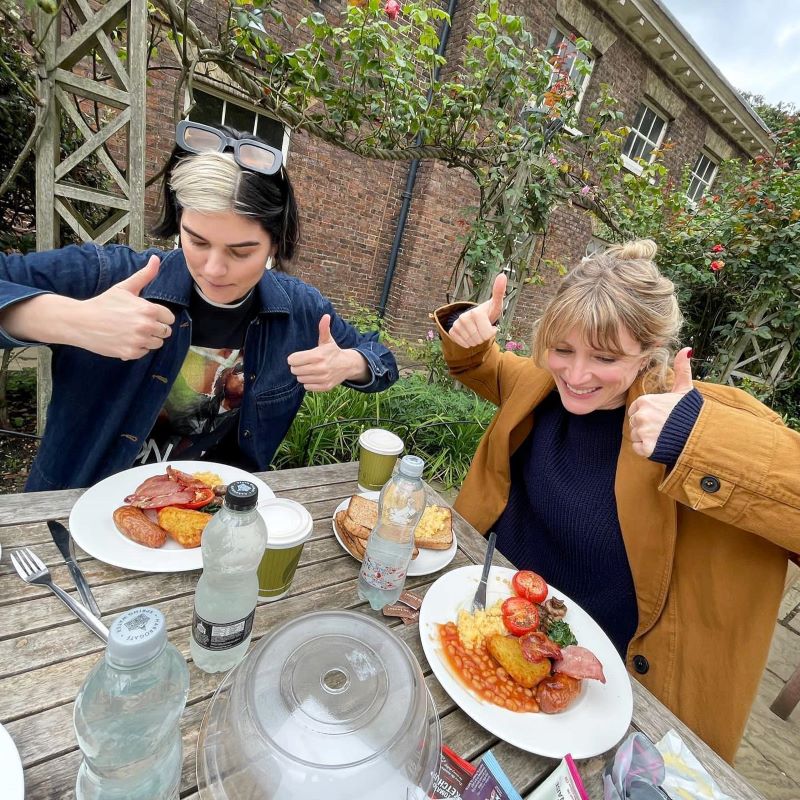 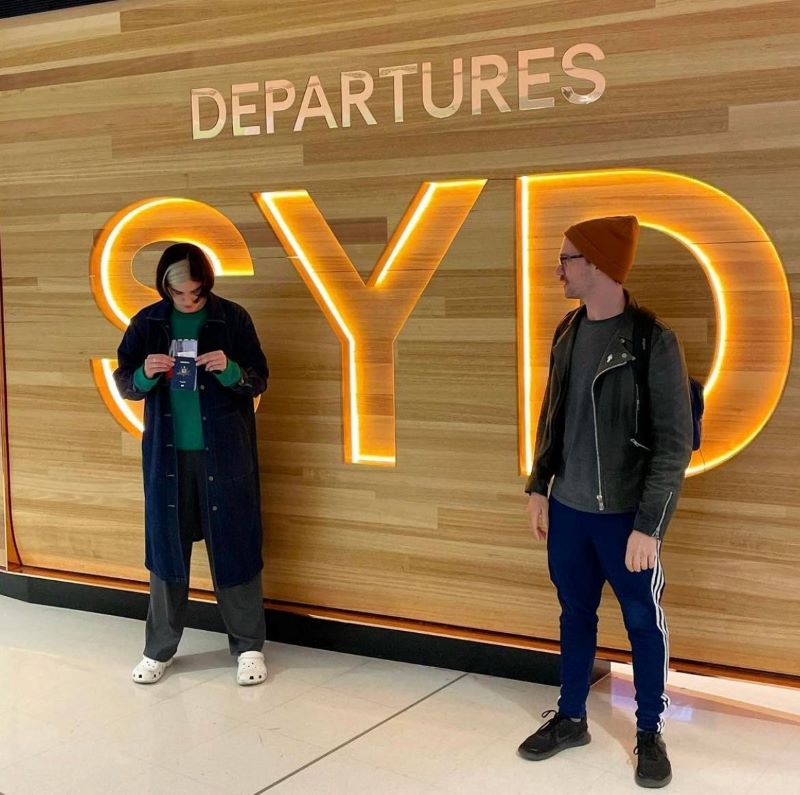 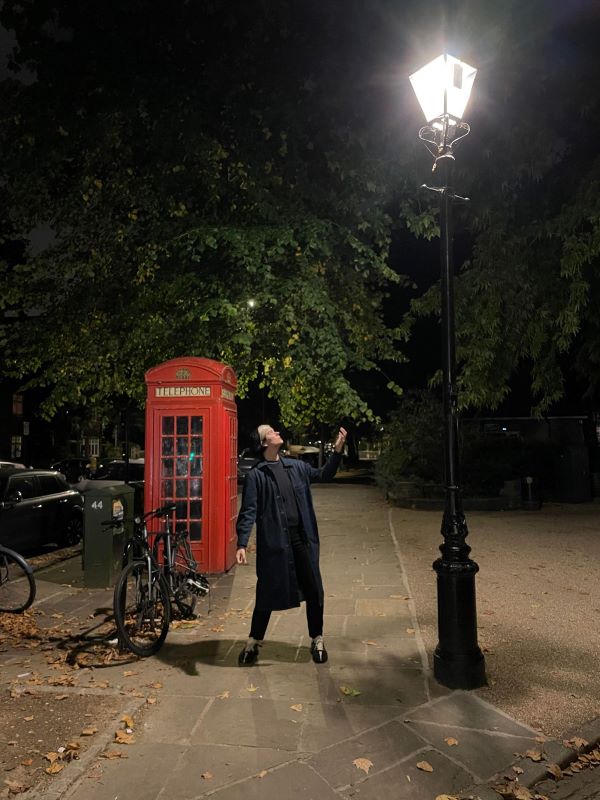 Lost Dog from Bec Sandridge is out now on all streaming platforms.