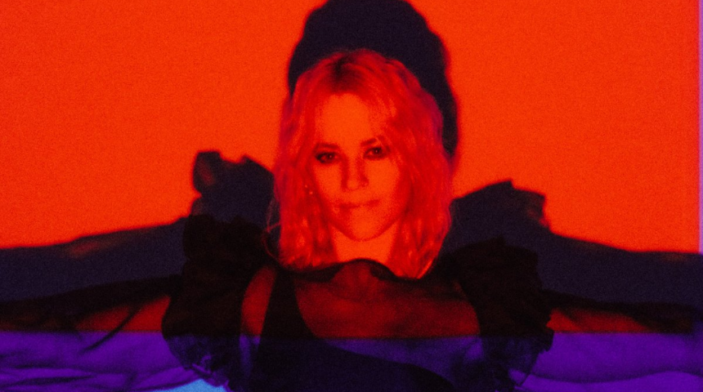 It’s been close to a decade since I first heard of Annie Hamilton.

Since her time in Little May, there’s been a gradual smattering of treats from Hamilton as she developed her sound. Having worked and played with a myriad of artists in recent years, including Jack River and The National’s Aaron Dessner, Hamilton has proven she is more than capable mixing it with the best. Every time I’ve seen her play it’s been an immaculate and atmospheric experience.

Here on her debut album, the future is here but it feels kinda like the past, I’m here to say everything I’ve come to know and love about Hamilton comes through as brilliantly clear as her fans and music lovers could have hoped for.

Multi-talented to a fault, Hamilton evokes levels of mystery and magic in her music, bouncing in and out of this realm and lifting the listener to a level of weightlessness, with each of the eleven songs on the album continually delivering from opening note to closing sentiment.

“Providence Portal”, which also includes the lyric the album title is drawn from, is probably the best opener Hamilton could have made for the album. Easing in over its opening two minutes, the commencement of the percussion and swirling mix allows “Providence Portal” to hit just the highs Hamilton needs to set the tone for what’s to come.

With a string of singles debuted in the lead up to the album’s release, there was already a wealth of exposure to help listeners pick up the vibes the future is here but it feels kinda like the past was putting down. “Exist”, “Electric Night” and “Night Off”, as the three lead singles, are stellar from opening to closing notes. “Exist” has a racing tempo complimented by whirling strings which almost has an 80’s Talking Heads feel to it, while “Electric Night” has a workman-like ethos, as Hamilton’s vocals float and canter through the chorus, to a point where the harmonies almost invoke lightheaded-ness.

Hamilton feels like an artist connected to the land and her roots. She feels like someone willing to try new things without pretence, fully well knowing it will enhance who she is as a person. Her music feels the same. When the album’s development commenced at the beginning of lockdown, Hamilton threw away her demos and half finished songs, instead diving head first into developing a world of her own where the landscape we live, with all its promises and hopes, distant yet also simultaneously in reach. It’s these themes of mystery, hope and resilience that run deep throughout the album and helps it continually level up.

Without doubt the best moments on the album come on “Bad Trip” and its follow up “Labyrinth”. With the consistent motif of bats and darkness present from the get go, “Bad Trip” is entirely engrossing and feels like a pleasant dream; absolutely nothing like its moniker suggests. “Labyrinth” has an industrial and chaotic presence, almost as if Hamilton is unsure where the song is headed. Though, of course, she knew exactly what she was doing – this five minutes of pure magic is the best song on the album.

The album’s penultimate track has quite possibly the best and most relatable song title of 2022 (or EVER) – “All The Doors Inside My Home Are Slamming Into One Other” (it happens all the time at my place) – and it’s proceeded by closer “Whirlwind”, a bit of misnomer given that it’s actually the calmest and most reassuring three minutes of the release.

Annie Hamilton’s the future is here but it feels kinda like the past is out Friday 20 May.