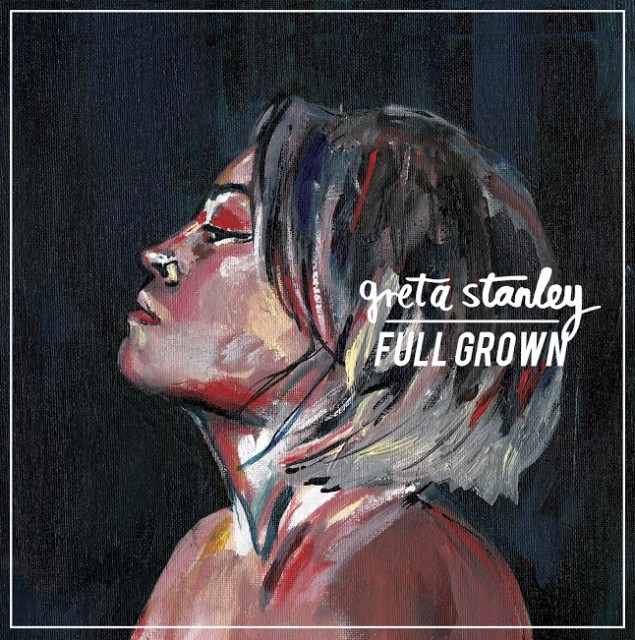 Like just about everyone else in existence, your late teens and early twenties is a time where you’re trying to find your place and struggle to work out what and who you are or want to be. While Greta Stanley admits to being in this boat, one thing she definitely has already worked out is how to play and write music; and be pretty much fantastic at it.

Following on from her debut EP Bedroom City, released in 2015, Stanley returns with thirteen of her best new tracks for her debut album, Full Grown. Thematically, Full Grown touches on the concept of young adulthood and dealing with the trials and tribulations of growing up. Knowing that you’ll inevitably have to deal with some pretty full-on stuff, both good and bad, in your attempt to find your footing, Stanley makes note that while life is big and scary, it’s also beautiful too.

With a style heavily influenced by the likes of international acts like Daughter and Soko, there’s also the undeniable similarity in sound to Australian contemporary acts like early Lisa Mitchell, Emma Louise, and Sarah Blasko. Produced by Mark Myers, his help throughout production has definitely allowed to Stanley to channel the sounds of his previous band, The Middle East. While many of the tracks are limited to the use of vocal, guitar and drums, there’s an emphatic and weirdly comforting feel behind all the tracks.

The stand out feature of Full Grown is undoubtedly Greta’s vocals. The emphasis on limiting the instrumental backing allows her to fully take control throughout the album’s run. This is evident on “Spinning Around”, where she’s accompanied by a choir of backing vocalists in the closing stages to make it even more charming. Lead single “Drunk Dreams” is a strong opener for the album as it draws the listener in from the get-go. (Fun fact: “Drunk Dreams” made the Woolworths in-store radio upon its release earlier in the year. It’s not every day you’re shopping for deodorant and donuts and you stop to Shazam a song)

The closing minute of “Heavy Heat” is heartbreakingly fantastic, as is the bluesier “Up Late”, featuring some sweet harmonies with Timberwolf. Not as bluesy, but just as devastating, “Dreamstate” is four minutes of pure heartbreak. While most different from the rest of the album, “After Dark” is another strength of the release, as Stanley unveils her angsty side. It’s here, and on “When January Comes” that her previously mentioned love of Daughter is most evident.

If I had to provide any negativity on Full Grown it would be that after a while most of the tracks kind of melt into each other and struggle to have much of a defining difference to each other. It’s hardly a bad thing though. If anything, it suggests the strengths of all the tracks throughout the album.

If you’re short on time, listen to “Burden For Certain”. Apart from having the best rhyming title, it’s probably the best indicator for what to expect on the album. It’s glorious and will absolutely ruin your heart thinking about the trouble Greta went through when experiencing the moments that provided the content for the track.

For a first up album, Greta should be completely stoked with what she’s put together. I know I would be. Full Grown is an album that I’m sure will be just as good a listen the 100th time as it is the first.

Full Grown is out now.