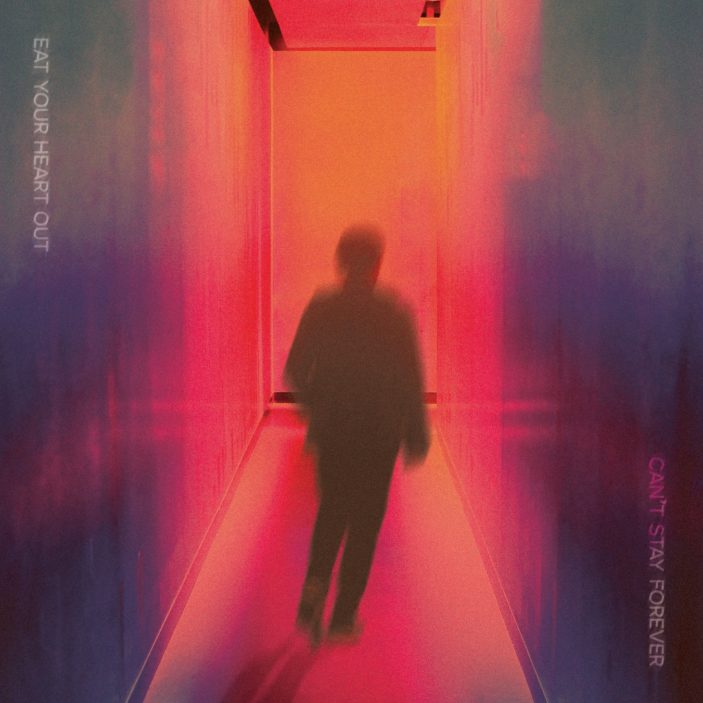 Newcastle emo-punk quartet Eat Your Heart Out have returned with their highly anticipated sophomore record Can’t Stay Forever, out today via Fearless Records. It’s the band’s first new music in three years as a result of lockdowns and a more independent approach, but the album was well worth the wait.

Opener “Forget Me” begins with brooding beats and dark picked guitar as Caitlin Henry’s soft vocals usher in the more urgent chorus. Chaotic drums and distorted bass carry the remainder of the song into a more upbeat climax. The dirty riff of grunge anthem “Down” follows immediately before being swept up by busy drums and eerie harmonies. A classic halftime break and stomping singalong chorus make the lead single a standout of the record.

“Scissors in My Skin” is one of the many examples of how EYHO have matured since 2019’s Florescence. Its fast-paced groove and clever structure allow the programming and call-and-response hook to shine through the bridge, all before the three-minute mark. While this demonstrates their songwriting ability, single “Twenty Something” showcases the album’s confidence as a tongue-in-cheek single with vibrant guitars and relatable lyrics of misguided youth.

The midpoint of the album holds the two shortest tracks in “Heavenly” and “Hostage”. The former is a passionate plead for a loved one to stay with some of the record’s best drum work, while the latter is an honest slice of angsty pop-punk with muted riffs and earworm melodies. “Blood” sees EYHO settle into their emo niche with layered riffs and strained vocals before a tense finale comprised of gloomy keys and soaring strings.

Empathetic single “Sour” will have you bouncing to the crowded vocals of the final chorus, representing the overwhelming thoughts of the lyrics. Downtempo cut “Poison Devotion” is Henry at her most vulnerable, accompanied by picked guitar and slow syncopated drums. “Deep End”, a personal favourite of hers, is a dynamic track with a warm but solemn undertone. Finally, rocking closer “Headfirst” has a swinging groove and catchy hook that stays with you long after the song has finished – despite the album’s title.

Can’t Stay Forever is Eat Your Heart Out in their purest form and at their most mature. The 11-track project touches on everything from love and loss to hope and fear, with both feet in the future and a nod to their past. This is a new era for the emo exports and one that will see them make 2023 their own.