5 International Tours not to miss in Australia this February 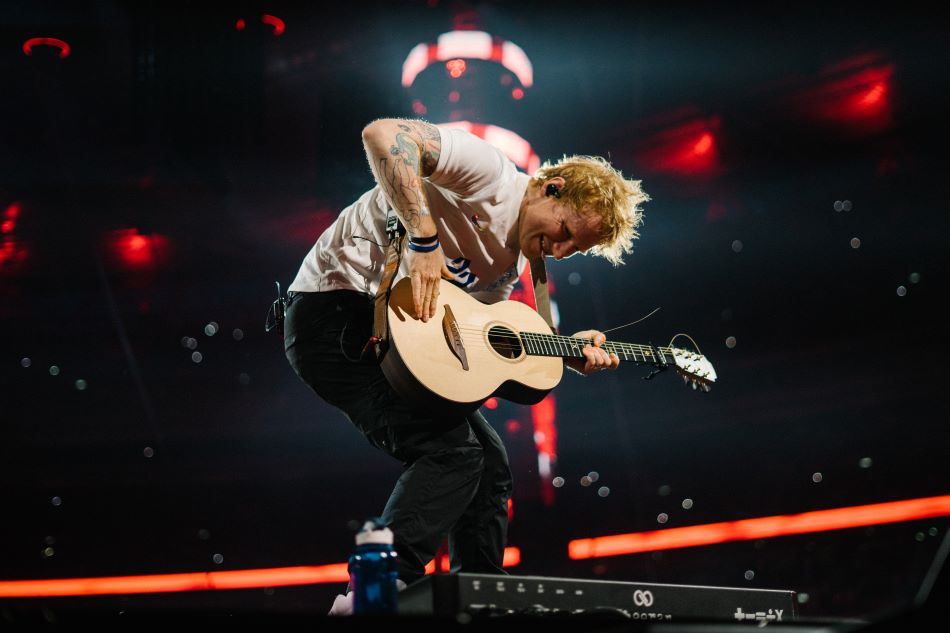 The international tours are back and there are some incredible acts touring Australia in February. We’ve picked five of our favourites bands and artists  that are performing.

Hundreds of thousands of tickets have been sold to Ed Sheeran’s upcoming stadium + – = ÷ x Tour – (pronounced ‘The Mathematics Tour’). It’s going to be HUGE. The reviews for the tour overseas have described it as spectacular with next-level production values. These are going to be very special shows indeed.

Empire of the Sun

One of the most spectacular live shows I’ve seen is Empire of the Sun.  I’ve seen them at the Sydney Opera House and the Maitland edition of Groovin the Moo, and both times they were outstanding. Their songs are super catchy, it’s theatrical and beautifully choreographed. Ok – maybe they shouldn’t be considered ‘International’ – given their Australian heritage, but they have such universal  appeal, and we couldn’t resist including them here.

If you are in Victoria, you can catch them at the Now & Again festival on the 18th February. As an aside, the Now & Again festival, held at Werribee Racecourse has a sensational lineup. As well as Empire of the Sun, it also has Gang of Youths, Tones and I, Sven Väth, Michael Bibi, Crooked Colours, Peach PRC, Running Touch + more performing.

Sydney-siders can catch Empire of the Sun at the Enmore Theatre on the 21st and 22nd of February, before they head to Brisbane on the 25th.

Pavement have proved to be one of the most influential bands to emerge from the ’90s. They are returning to Australia for their first live shows since 2010, so understandably there has been some major buzz about their upcoming shows.

They’ve also enlisted some stellar supports for their shows in Australia. Fremantle psych-rockers Pond are the support in Perth. Lead-singer Nick Allbrook always captivates. In Adelaide, locals   Bad//Dreems will be bringing their spectacular live show to Thebarton Theatre. Brisbane will be treated to Rolling Blackouts Coastal Fever, Sydney and Thirroul will have  Melbourne four-piece Floodlights and Melbourne will be supported by Romero.

There are still a few tickets left for Perth, Adelaide, Thirroul and Brisbane – so don’t hesitate. Remember, it was twelve years since their last visit.

Bon Iver are returning for their first shows since Sydney Vivid in 2016. I first saw them in 2012 they’ve been a must-see ever since. They will be playing headline shows in Sydney, Brisbane and Melbourne. They will also be performing at MONA FOMA in Hobart, Perth Festival and WOMADelaide.

Supporting Bon Iver on his headline shows (Sydney, Brisbane, Melbourne) will be Gordi.

Maisie Peters is undoudtedly one of the UK’s hottest rising talents. At only 21 years of age, her witty and observational songs have amassed over 845 million streams worldwide. She has been signed to Ed Sheeran’s Gingerbread Records label – and it’s no surprise that she is opening for him on his Australian and NZ shows. Many of the Australian gigs have sold out, but there are currently still a few tickets left for the Byron Bay and Fremantle shows.