I’ve often been drawn to the various samurai films of the 20th century. From director Akira Kurosawa’s classics like The Hidden Fortress and Seven Samurai, to the ultra violent Shogun Assassin, there’s a sense of grace and simplicity to be found amongst the many stories of revenge and redemption. As a result, it’s no secret that Trek to Yomi has been inspired and influenced by such films. The samurai revenge tale may fall victim to simplistic gameplay and a predictable narrative, but stands as a gorgeous testament to the art style and aesthetics of such classic tales that have come before. While Trek to Yomi may lack the depth and nuance its potential brings, it is absolutely dripping with style, and is sure to please most fans of the genre.

A Tale as Old as Time

Trek to Yomi tells a rather simplistic tale. It’s not necessarily bad by any means, but falls victim to a long line of revenge tales the genre is now known for. Players take control of protagonist Hikori, a young samurai hellbent on avenging the death of his master. After an intense first chapter, we’re not only given a fair insight into Hikori’s motivations, but a gorgeous introduction to futile-era Japan, drenched in atmosphere and authenticity.

While the narrative itself is largely predictable, it’s not without a few neat twists and memorable moments that propel the six hour run time forward at a consistent pace. These moments may be few and far between in the broader context of the narrative, tie together here quite nicely. Given this game can almost be completed in one sitting, you’ll power through to the end-credits before they ever lost their impact. 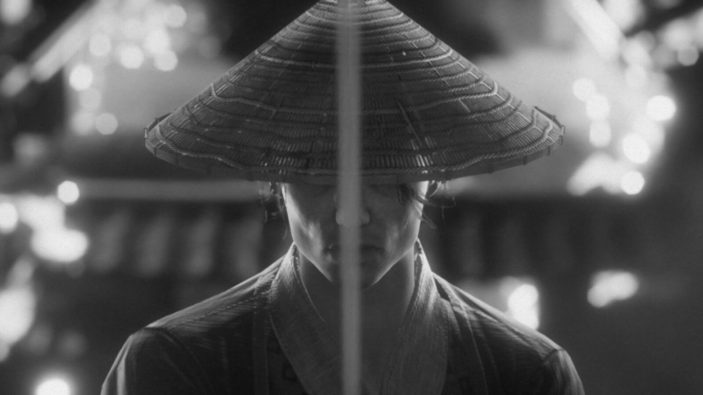 It’s worth noting up front that Trek to Yomi’s combat and general gameplay are entirely functional. You’ll be able to use the samurai in conjunction with ranged projectiles to take down foes. Unfortunately, Trek to Yomi’s combat is rather shallow. Attack combinations are naturally unlocked as you progress through the game, which do come in handy as enemies become both stronger and smarter, requiring different approaches and attacks in order to be dealt with. But as these combinations are hardly ever longer than two or three buttons, you’ll more than likely master combat early on, alleviating any of the difficulty that may have been intended for the game’s harder difficulty settings. However, I do recommend playing on the hardest difficulty settings for the most balanced experience. While this might not prove efficient for those who simply wish to experience the narrative, more forgiving difficulty settings take most of the strategy out of combat and as a result, can make it feel repetitive all too soon.

Boss fights do add a significant challenge no matter the difficulty setting, and do require a certain level of strategy and patience with the blade. That being said, their ability to take on an onslaught of attacks can prove laughable at times, even if their varied attack patterns force you to mix things up, should you be relying on a specific combo.

Exploration and puzzle solving in Trek to Yomi is also quite basic. Solutions to most puzzles are usually in sight, while exploration rarely allows you to progress too far off the main path, usually to a small hidden area for the sake of collectables. Once again, it’s not that these aspects are bad in any way. Trek to Yomi is simply invested in keeping you on track while telling a very specific story. 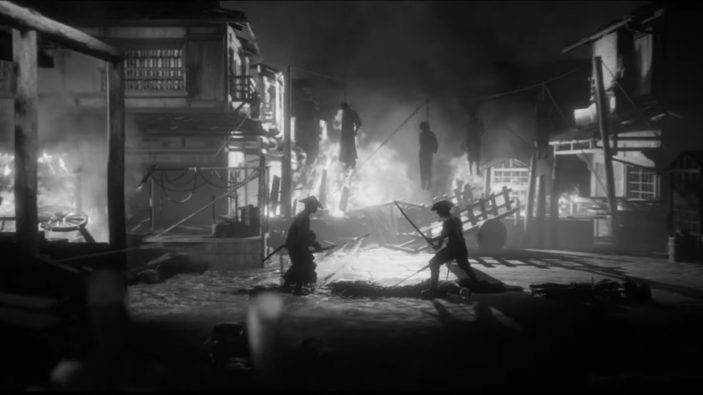 Visually, Trek to Yomi is at times a delight and at others a marvel. The decision to use a black-and-white colour palette paired with a film grain filter is an obvious nod to the classic samurai films that had come before. But it’s Trek to Yomi’s attention to detail that blew me away time and time again. For the most part the 2D side-scrolling approach keeps things on track, while the occasional open area allows for a little more exploration.

When you’re done exploring the more open areas, the game will pull you back into a 2D perspective, mainly due to the fact that these are where combat encounters take place. It is in these moments that the detail truly shines, as each frame of combat feels like a showdown of epic proportions, as villagers scurry to safety in the background, storms rage above and buildings crumble from spreading fires. As you clash blades with your enemies, you’ll most definitely find yourself peeking about each scene, as Trek to Yomi almost consistently delivers this bustling sense of detail and visual variety.

Trek to Yomi may fall short in delivering open, expansive areas to explore and deep, nuanced combat mechanics to experiment with; although you could argue that was never really the intention. Trek to Yomi is at its best when you’re squaring up with an opponent, as the gorgeous visuals take over, making multiple scenes and encounters look like something that Akira Kurosawa himself would be proud of. The narrative’s simplicity is somewhat alleviated by its short six hour runtime, but as a result, is an experience fans of the genre should not miss.