The Last of Us Part 1 Review: Remade to Perfection 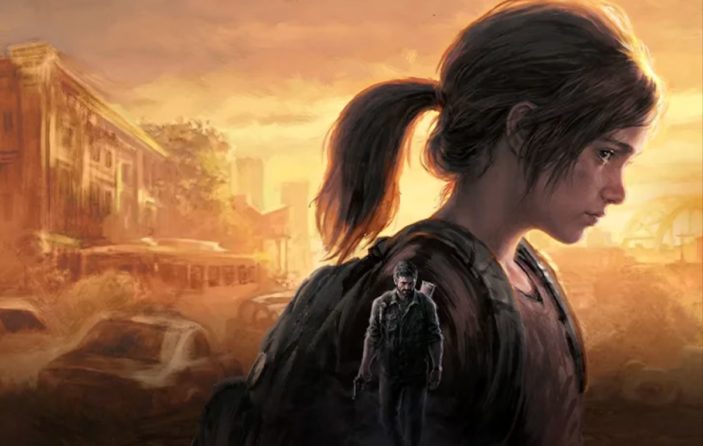 Let’s address the elephant in the room; yes, most of will again be playing The Last of Us on what will be a third generation of PlayStation systems. It’s quite understandable however, that the true question on everyone’s mind revolves around whether or not it’s worth paying what can only be considered the price of a new, full release price for a game we feel we already own. After spending the past week with the remade The Last of Us Part 1 on the PlayStation 5, it’s hard to argue with the results.

Developer Naughty Dog have completely reinvigorated the experience adding sharper resolutions and smoother frame rates, along with the power and immersion of the DualSense controller. A bunch of accessibility options have also made their way over too, to expanding the game’s reach to a new generation of fans and gamers alike. If you are wanting a next-gen refresh on the first game before the TV adaptation hits screens next year, then this is most certainly for you. If you were previously unable to play the game due to accessibility limitations, then this is the version for you. If neither of these things come into play when considering buying this game, so much love, time and passion for this already classic game shine through, giving it a confidence and identity to stand among the best next generation. Without a shadow of a doubt, The Last of Us Part 1 is the ultimate way to experience what can only be considered a masterpiece.

While I won’t delve into the story, a short recap would only be fitting for newer fans. You play as Joel, a survivor of the infected outbreak who lives on the fringe of society and apart from the Fireflies who ends up escorting a young girl by the name of Ellie across the country. A chaotic series of events lead Joel into Ellie’s path, and a discovery that may hold the key to finding a cure for the infection. The story then aims to build a solid relationship between our two protagonists, each dealing with their own grief and turmoil, all while navigating the thin line between life, death, Clickers and rogue gangs. If you want to read more about the story or our broader impressions, you can do so via our PlayStation 4 review of The Last of Us Remastered. 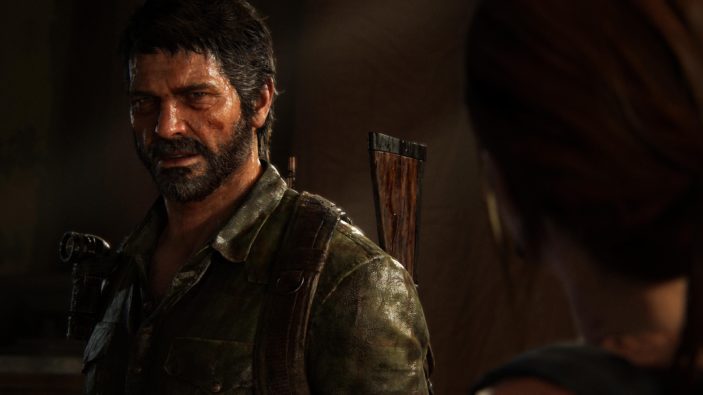 A lot has changed, and a lot hasn’t. The core story is virtually identical, down to the cinematic cutscenes. However, the big noticeable starts to become clearer when in combat. Weapons feel incredibly weighty and gunplay feels satisfyingly punchy. You can argue that it always has, but the way you reload and switch weapons has been completely overhauled with a smoother nuanced motion that was missing from previous versions. Upon reaching a workbench to upgrade your weapon, which I did this as often as I could, animation was as detailed as it was polished, down to weapon designs and textures.

That being said, there’s no real surprise here that the game looks as good as it does. There are so many aspects working in favour of a more positive experience, be it the newer hardware or the fact that the game was simply remade from the ground up, that Naughty Dog can feel confidently knowing they have once again crafted one of the most elegantly detailed, polished and consistently striking games on the platforms to date. Facial animations and solid voice performances only contribute to the believability of the visuals, but it cannot be understated in any way that this is one of the best looking games I have ever played.

Upon completing the main story, players can access a speed run option that allows you to blast through the game as quickly as possible with a timer at the helm. Personally, this is not how I like to experience games, nor do I believe this is is an experience that should be rushed in any way, but the option is there for both versatility and for those that simply enjoy the rush. Throughout your run, you’ll be able to keep track of your current play time, personal best chapter times and name of the current chapter.

It feels like PlayStation are refusing to give up on game help cards that PlayStation Plus members can access during your game, complete with two activities per chapter one for the story and one for collectibles. This feature is again is purely optional but if speed runs, aren’t your thing, this is a great way to earn some extra XP. It can also help reveal the various locations of collectibles that you’ll need to collect in order to obtain the Platinum trophy. 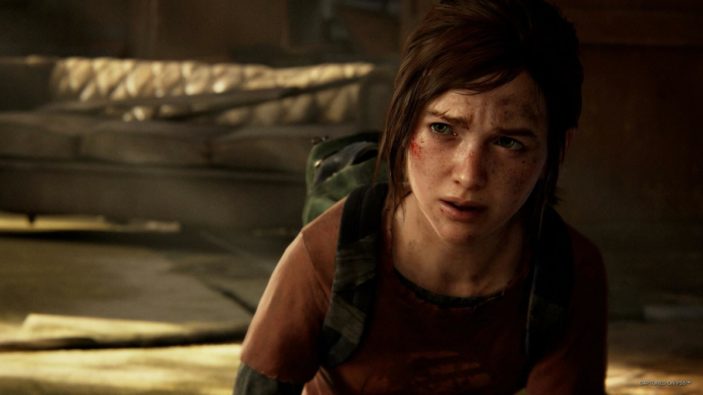 Naughty Dog have also added an option for Director Commentary featuring Game Director Neil Druckmann and voice actors Ashley Johnson and Troy Baker. You can opt this in and out as you need and they only ever play during the cinematics. If you are well acquainted with both the cinematics and dialogue, turning this option on will add another level of context and depth to your experience.

There are a bunch of extras that can be purchased with XP that you acquire simply by playing the game. From concept Art, to 3D model and behind-the-scenes content, each bonus offers another welcome layer of insight into how the original 2013 release transformed into the 2022 remake. There’s admittedly a lot here and it may take you a considerable amount of time to unlock everything. The collector in me is going to continue to play this long after this review, for that exact reason.

My favourite part of the extras are the skins up for grabs. You can alter the clothing, weapons and accessories for both Joel and Ellie. Ellie in particular has some cool t-shirts complete with logos from other PlayStation franchises like Sly Cooper, God of War and Uncharted. The sooner you can get some XP and get in to apply these, the better. There are also gameplay modifiers and filters that allow for different lenses on levels visually and with different audio options for the soundtrack. 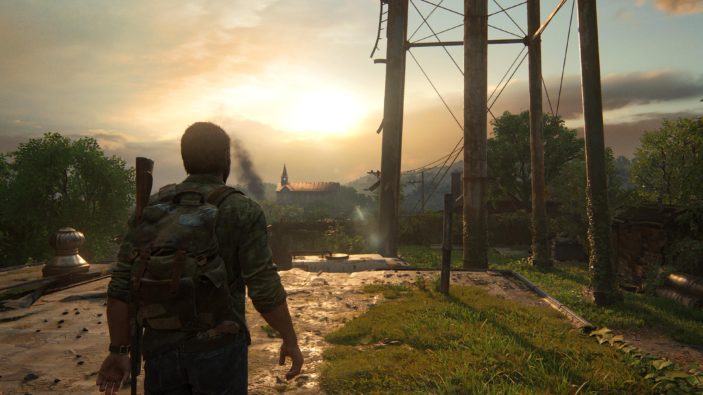 This version boasts various accessibility options alongside an audio description mode, in line with PlayStation Studios making the effort to offer more of these options in other first-party titles like the recent Ratchet & Clank: Rift Apart and Naughty Dog’s own The Last of Us Part II in 2020. The ability for deaf, blind and motor-impaired players to have an incredible array of options for them to experience The Last of Us Part 1 in their own unique ways is clear and present here. The audio descriptions for the cinematics serve as a handy feature that I actually left on for most of my playthrough. The DualSense controller’s haptic feedback also triggers when certain lines are delivered which in turn, with the subtitles, can help deaf players feel the impact of each delivery. Other accessibility options include things like auto lock on, auto weapon swap and auto pick up. But should you wish, you can also remap the entire controller to your liking.

There are additional visual aids that allow you to zoom in on any part of the screen using the DualSense touchpad. You can alter the HUD size, contrast and colour to improve visibility. Gamers who experience motion sickness can turn a white dot in the middle of the screen that is said to alleviate this sensation. If that isn’t enough, you can even adjust the camera blur, camera shake and field of view, which can also help alleviate any of these issues. 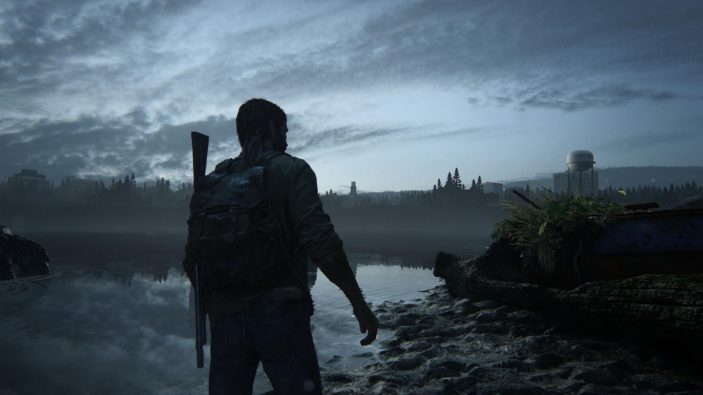 You can choose from a Performance Mode which aims to balance either a dynamic 4K or 1440p resolution along with 60 fps, or a Fidelity mode which will favour resolution over framerate, offering 4K and 40hz with 40 fps. If you have a TV that supports either HFR (High Frame rates) or VRR (Variable Refresh Rate), there is an option to unlock the maximum framerate. This is automatically disabled in the settings however, and you’ll need to go into Display settings to force it to unlock.

Both have their advantages, but I found myself favouring the Fidelity mode with a smoother framerate that looked amazing on my Sony Bravia TV. The improved gameplay takes advantage of this and while I don’t have a HFR or VRR support on my television, I can’t imagine it dragging the experience down in any considerable way. 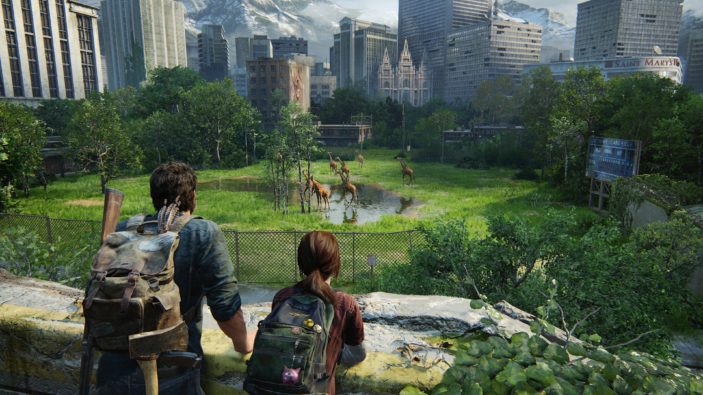 The Last of Us Part 1 is one of the most iconic and well-told stories of our generation. Bringing new ideas to a genre that is over-saturated with the same old point and click is no easy feat and developer Naughty Dog has made their mark on the zombie tropes successfully. By telling a story of loss and finding love in humanity again in an ever-increasingly hostile world is only accelerated with a ground-up remake done to perfection.

A bunch of games are being released for newer current-gen consoles that look like they belong, but feel dated and lacklustre in terms of gameplay mechanics. Gameplay mechanics here have been adequately updated and work in tandem with the stunning visuals to deliver a true next-gen remake of what many would argue to be one of the best games of all time. If you are new to this world, you will fall in love with the story; but if you are an experienced Last of Us fan, the amount of work and love that has been put into this remake is worth every single cent.