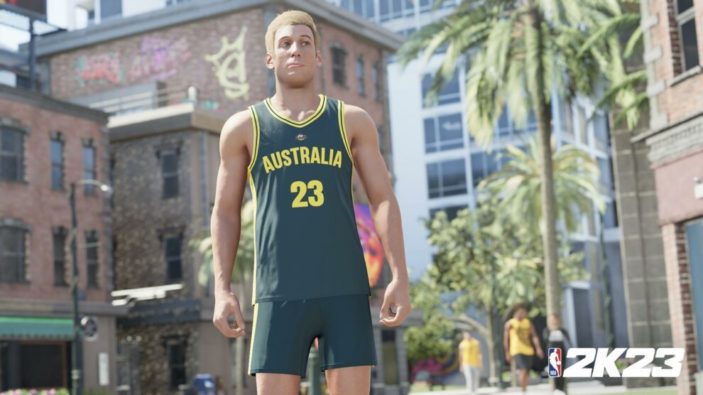 NBA 2K23 will be bringing back The City to PlayStation 5 and Xbox Series X/S players. As a result of community feedback, The City will look to make a number of changes and improvements for a smoother, more enjoyable experience. With wide, expansive environments and deeper levels of exploration and variety, The City has been a hit with fans ever since it launched on next-gen consoles with NBA 2K21.

Erick Boenisch, VP of NBA Development at 2K and Visual Concepts comment on the news, stating “The City is an incredibly authentic way for players to experience basketball culture. Tying MyCAREER closely with the City lets players truly live out their career in a unique way on their journey to legendary status on and off the court”.

The City will feature a number of improvements and additions, which we have highlighted below:

NBA 2K23 will also be teaming up with Basketball Australia to bring the Australian Boomers official uniform to both The City or the G.O.A.T Boat, depending on the platform.

Matt Scriven, CEO of Basketball Australia commented on the news, stating “We are proud to be partnering up with NBA 2K to deliver the iconic Boomers kit to audiences all over the world. The addition of the green and gold uniform will be huge for basketball fans to represent their country in NBA 2K23”.

Players can purchase both the Boomers jersey and shorts for their MyPLAYER in JT’s Sporting Goods in The City (for next-gen players) or Rowe’s Sporting Goods on The G.O.A.T Boat on PlayStation 4, Xbox One, Nintendo Switch consoles, and PC platforms.

NBA 2K23 will launch on the 9th of September on all major platforms.