Ted Lasso is coming to FIFA 23 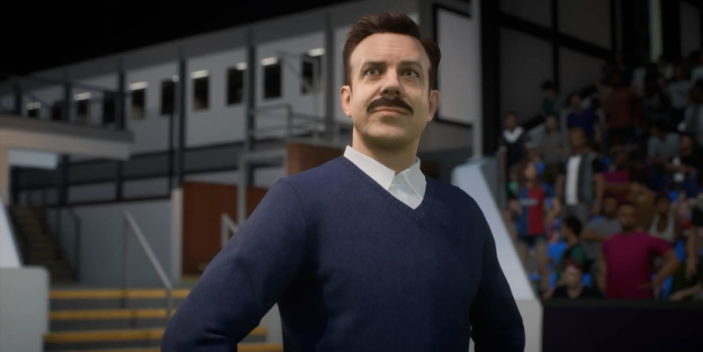 Believe. The one word many may associate with Ted Lasso, within the Apple TV+ show and the character himself. But who would have thought this would happened? Both Ted Lasso and the entire fictional AFC Richmond team, will make their way onto the FIFA 23 roster. It looks like both Ted and Coach Beard will be along for the ride on the side lines, while the infamous yet lovable Roy Kent will be playable within the squad itself, alongside other fan favourites like Jamie Tartt, Isaac McAdoo and Dani Rojas. You’ll also be able to play at the home of AFC Richmond, otherwise known as the fictional Nelson Road Stadium. Fun fact, it’s literally the real home of Premier League team Crystal Palace.

If their mere cameo wasn’t enough, you’ll be able to select Jason Sudeikis’ Coach Lasso as a manager in Career Mode, with the AFC Richmond team also playable in regular Kick-Off, Career and Online Friendlies and Seasons. EA has also stated that “a number of AFC Richmond items including kits, tifos, Manager items, and other content will also be available to unlock across FIFA Ultimate Team (FUT) and Pro Clubs where applicable.”

Look out, Mario! You're not the only pixelated man with a mustache who never knows where the tube is taking him… pic.twitter.com/sDIS9VPDmh

Will you be playing as AFC Richmond or utilising the wisdom of Coach Lasso in FIFA 23? You better believe we will be. Seasons 1 and 2 of the Emmy Award wining Ted Lasso are available exclusively on Apple TV+ and are well worth the watch. FIFA 23 will launch on all major platforms on the 26th of September.