Snack World: The Dungeon Crawl is another RPG developed by Level-5 (developers of the Layton series). Originally released in Japan in April of last year, Snack World is now available for the rest of the world to enjoy. Why “Gold”? Well, because this worldwide release features all the DLCs available from the Japanese version.

You play as a customisable character who has been hit with amnesia in almost all aspects of life except for your name, found unconscious at the psuedo-olden gates of Tutti-Frutti. “They must be an adventurer!” the quirky inhabitants of the castle exclaim. And thus, that is what you will become. 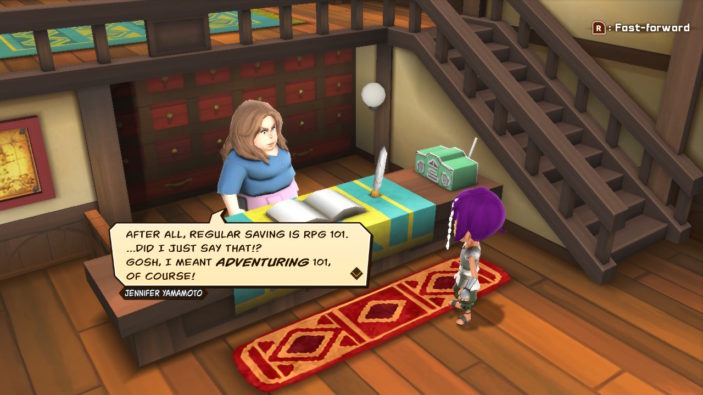 Tutti-Frutti is your main hub, with shops for gear and the occasional side-quest NPC. Your weapons are called Jara, your dungeon buddies are called Snacks – split into Party Snacks that stick with you throughout the Quest, and Pocket Snacks that are “charged” companions that you can use during through your Quest (I think Pocket Snack summon speed depends on how many monsters you kill, it wasn’t explained in Adventuring 101).

This game is purposefully self-aware, and the characters are aware of being self-aware. Most of the humour from Snack World is about remembering that the game is not a game and characters constantly stop themselves from using terms like “RPG” or “tutorial”. 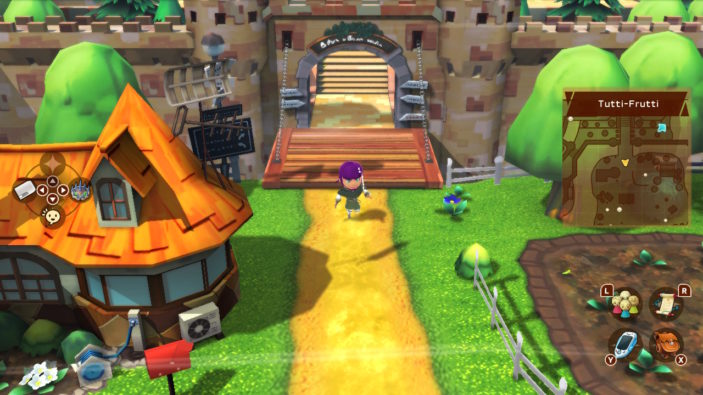 There isn’t a coherent storyline to Snack World, which is always a big part of my personal RPG experience. You play as an amnesiac forced who’s basically forced to be an adventurer by the king of Tutti-Frutti, where magic and technology intertwine (read: phones and social media), and the majority of the main story Quests stem from his darling princess’ wants and needs, which is rooted in wanting to gain social media popularity. Diving further into the game didn’t get my own character’s story any clearer, nor anyone else’s for that matter. The other adventurers you meet along the way, like Chup and co. who grace the cover of Snack World, are as shallow as the King and Princess Melonia.

There is a lot of reading you have to do to get important game information, with about 5 soundbites cycled from each character (including yours), and a majority of it occurs while you’re fighting monsters in the middle of a quest. While you have the option to fast-forward through these sometimes lengthy wordy bits, it really is only useful if you’ve already gone through the Quest (or failed it) because a majority, if not all, of the gameplay and vague story will come from them. 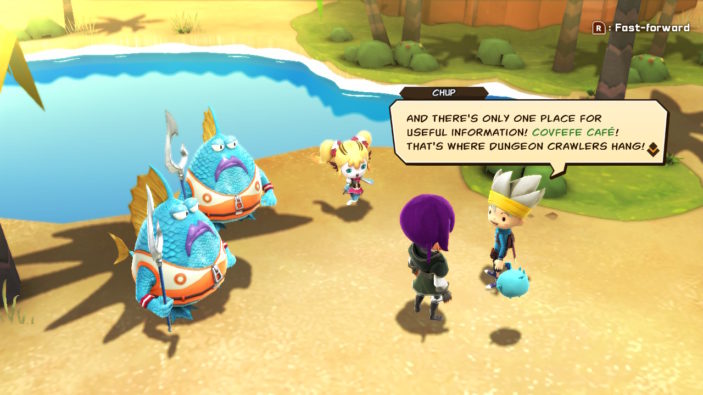 I personally wouldn’t call this game “roguelike” mainly because when you ‘die’, you just fail your Quest. There’s no permadeath, which to me, is an incredibly important aspect of the genre. You keep your Jara, your life, your Snacks, everything is intact. Heck, you still earn the monies that you may have found during your failed venture.

Quest ‘outlooks’, basically the ease of the Quest, will turn into “Terrible” quite quickly in the game and there is actually no explanation of how to make the outlook better. From what I gather, you either need to try and level up via side quests (most of which you have to actively look for), or just go in guns blazing. I tried both paths, failed the latter miserably so tried the former and noticed how long levelling-up takes. After about five side-quests, which only got me about 2 levels, I just couldn’t play the game anymore.

If I have to be completely honest, it was quite difficult for me to truly get into Snack World. I love games with randomly generated levels like 20XX or Dead Cells (now those are roguelike) but for some reason I just couldn’t sit down and really enjoy this game. Maybe its the game’s pacing, maybe its the lack of character connect-ability – there wasn’t anything new about this game that got me hooked. I think this actually is a party game, one created for local or online play (the latte needing an Online subscription, naturally) and to be enjoyed with friends.

Snack World: The Dungeon Crawl is indeed a dungeon crawler RPG, there’s no doubt about that. It was a hit in Japan, so there’s definitely a market for it – its just not for me.

Review conducted on Nintendo Switch with a retail code provided by the Nintendo Australia.