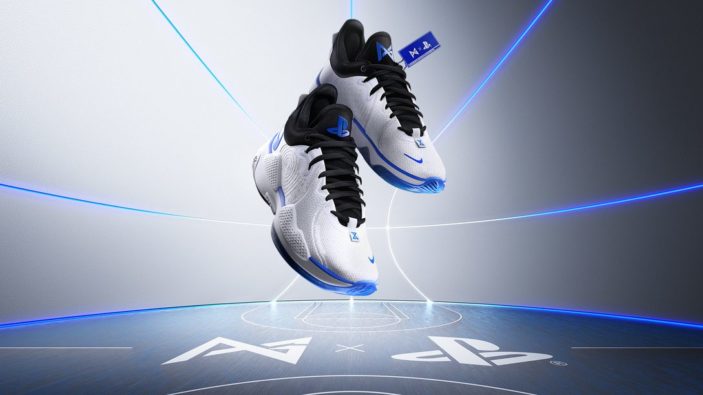 PlayStation has announced a sneaker collaboration with Nike and NBA superstar Paul George. The fruit of this blessed union, the PG-5 PlayStation 5 colorway, is coming to retailers on May 14.

The kicks, which were announced via a post on the PlayStation Blog, embrace not only PG’s signature style but the look of the PlayStation 5 hardware. The blues, whites, and blacks reflect the primary colours of Sony’s latest console. The familiar PlayStation shapes embossed across the shoe in their Dual Shock alignment.

“Just like the PlayStation 5 console, the PG 5 is my platform to take my game to the next level, so I couldn’t pass up the opportunity to bring these two elements together in this new partnership with PlayStation” reads George’s statement. “Nike and PlayStation designers, including Yujin Morisawa – the artist behind the PS5 console’s design – worked closely together to bring the spirit of my game and the look of PS5 to life in this unique collaboration.”

George is the current small forward/shooting guard for the Los Angeles Clippers, and an avowed gamer. Indeed, PlayStation and Paul George are names frequently seen together, with Nike the latest to join the coalition.

As stated previously, the PG-5 PlayStation 5 colorway will drop in selected regions around the world on May 14. Sharp-eyed sneakerheads will want to keep an eye on the official Nike Australia website and the official Nike SNKRS app for Australian launch details. These are going to be impossible to get hold of so you’ll want to be as prepared as possible.