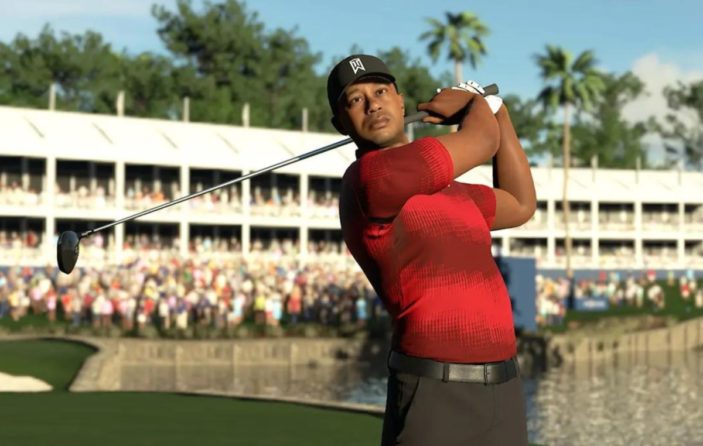 My time spent playing golfing games is sporadic to say the least. I suck at the sport itself, but can respect the patience and nuanced skillset required to succeed. That being said, PGA Tour 2K21 piqued my interested in the sport once again, providing a detailed yet accessible control schemes and found myself admittedly addicted to the various Tours, courses and challenges on offer. As a result, the series has returned after a brief hiatus with PGA Tour 2K23, bringing with it the same refined gameplay I had come to appreciate, along with a deeper pool of variety through new challenges and modes. Most will appreciate it for the same reasons, but there’s no doubt in my mind that PGA Tour 2K23 is headed for the fairway.

My opening moments with PGA Tour 2K23 felt incredibly familiar and in that regard, comforting. Swinging mechanics have remained largely the same if you choose to utilise the analogue stick. You’ll have to time and aim each swing, adjusting for overall direction as not to slice or fade shots. You’ll also need to swing forward at just the right pace; swing too fast and your shot will lose its optimal arc, shoot to slow and you’ll sacrifice the power needed to hit the fairway. I don’t necessarily have a problem with the analogue stick swing mechanics remining faithful, as golfing games have adapted this method over the years, and it feels incredibly natural at this point in time. 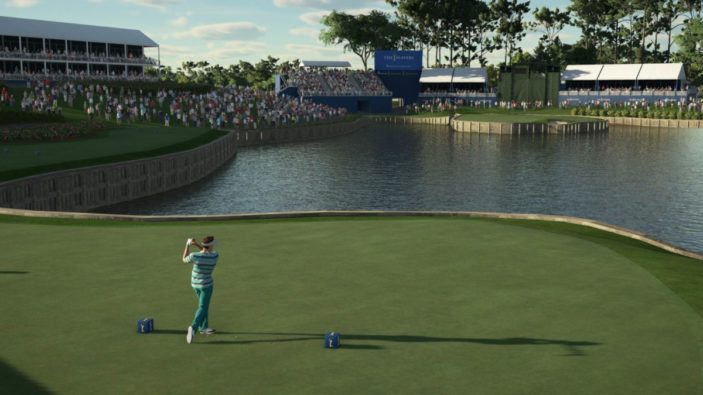 The newer three-click might feel familiar for those who have played other golf games like Everybody’s Golf, where three single well-timed button sequences determine swing power, ball direction and club face for the optimal shot. You’ll hold down the button to time the power of your shot, releasing it at the necessary level of power required with the power meter, which now looks like an expanding circular meter. The level of difficulty can be adjusted, which will affect the quality of the shot as a result. I found that either method can be adapted for both hardcore and causal fans alike, although the newer three-click system adds a layer of depth that encourages player choice through preferred mechanics.

Let’s Settle This on the Green

I spent my most of my time with PGA Tour 2K23 with the MyCAREER mode, as I created a custom MyPLAYER, chose a fictional rival to compete against and took to the course. The level of customisation here is admittedly deep, allowing you to tweak moist of the facial and body features required to create something of a personal lookalike, or something a little more extravagant. You’ll also get the chance to craft your skill set based on golfer archetypes, which distribute initial skill points towards certain traits like power, timing, shaping and swing path. Much like creating player builds in the NBA 2K series, this will more than likely set you on your path to becoming a particular type of golfer, be it a ‘powerhouse’ driver off the tee, or a well placed ‘sculptor’ of closer shots onto the putting green.

Be it over 9 or 18 holes, developer HB Studios have promised a range of 20 real-life course in addition to player-created ones. It might have taken me a few holes to get things on track, but I found myself competing for top spots and dominating rivals in no time, making my brief time with the MyCAREER mode feel like I was progressing to success without the absorbing grind that forces you to fail before you can ultimately make the big bucks. Much like the real-life sport however, I do feel like your skills here come down to your proficiency with the mechanics themselves as opposed to the lack of badges, upgrades and experience points. As you would expect, they still do play a factor here, as experience points can be allocated to upgrade and customisation options alike, but it’s the Fittings which play an integral part. These item-specific perks can be assigned to your player and swapped out at will, seemingly taking the place of NBA 2K’s Badge system. 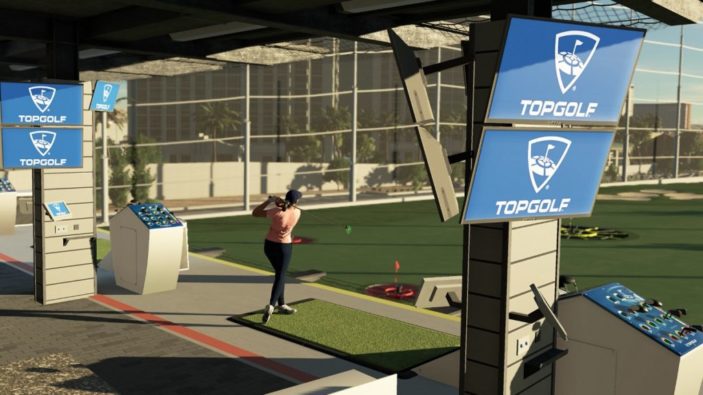 The additional of Topgolf is sure to gain the attention of casual fans who don’t feel like sinking the hours into the MyCAREER mode. While I don’t think it packs the versatility and depth that the MyCAREER mode does, I do think the novelty alone will make it a worthy party mode when friends are over. Much like the real Topgolf, you’ll take aim at the driving range and aim for a bunch of targets as you compete for the highest score with a limited amount of balls. It’s worth noting that it’s also a great place for newcomers and seasoned veterans alike to work on and hone their swinging skills before heading back into the other modes. There’s not a huge amount to talk about just yet, but I can imagine this will pick up with local and online multiplayer modes upon release.

PGA Tour 2K23 feels like an evolution rather than a revolution, and I think that’s a respectable approach. With the lack of higher-profile golfing games in recent years, it might just pay to take things slow. That being said, the addition of the three-click swing system and Topgolf modes might just add the newest layer for seasons veterans looking for more out of their golfing games. But older fans can take solace in the fact that much like Tiger Woods returning to the green in recent years, golf games can return to the glory days they once enjoyed.

We’ll see you out on the green when PGA Tour 2K23 releases on the PlayStation 4, PlayStation 5, Xbox One, Xbox Series X/S and PC on the 14th of October, 2022. Stay tuned for our review upon release.